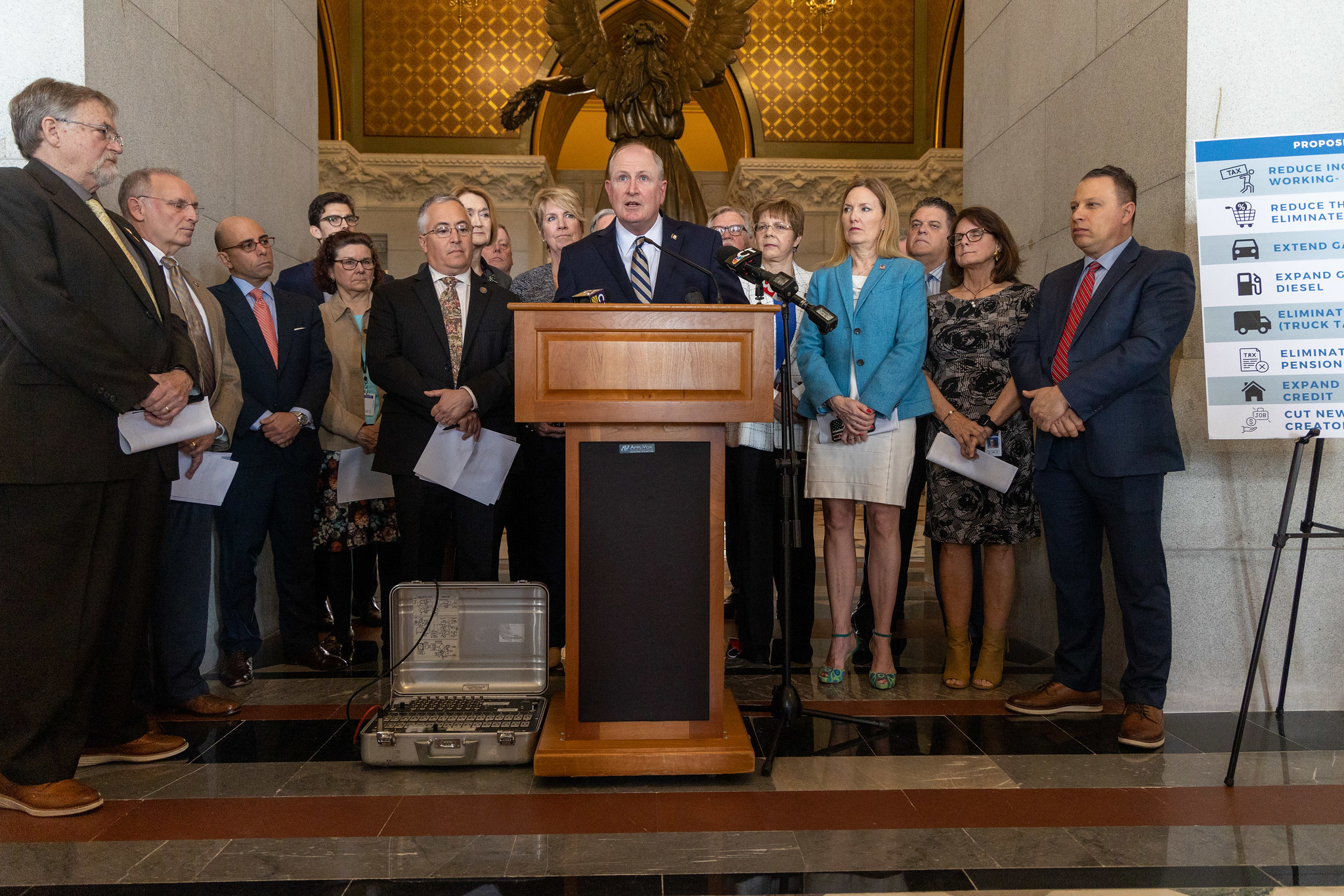 “Connecticut is overtaxing its residents and the state’s inflation related windfall must be returned to Connecticut families,” said Senate Republican Leader Kevin Kelly. “Connecticut’s state budget is benefitting from inflation as the state sales tax and gross receipts tax bring in new, unplanned for revenue – a result of surging prices. Meanwhile, CT residents are struggling to balance their own family budgets with no relief in sight as inflation drives up the costs of everything – from food to energy to home heating oil. As a result of inflation, CT families are being overtaxed. Instead of using that revenue to grow government, we must return it to Connecticut’s residents. Families are struggling and they need relief now. This proposal offers immediate tax relief at a time when CT residents are facing the crushing burden of historic inflation. Our plan continues to invest a historic amount in paying down on the state’s unfunded liabilities, maintains a significant budget surplus, and returns the overtaxation of CT residents to families most in need.”

“This plan provides middle income earners with significant and meaningful sales and income tax breaks that saves them significant money,” Rep. Perillo said. “The governor’s plan does next to nothing for the average family in Shelton.”

“Families and residents of Shelton are looking for relief from overtaxation that the Governor and the majority party have not provided. We are in a unique situation which allows us to return some of the state’s over-collection back to the pockets of working- and middle-class families across the state to provide necessary relief from soaring costs and constant tax increases,” Rep. McGorty said. “This comprehensive plan proposed by Senate and House Republicans addresses the needs of Connecticut residents at the source and puts money back in their pockets when they need it most.”

Assuming the Department of Justice appeals the Texas court decision to the Fifth Circuit, CT Republicans intend to file an amicus brief supporting the arguments made by other state’s challenging the tax relief restrictions contained in the American Rescue Plan Act. They previously sought support from Governor Ned Lamont, Attorney General William Tong, and Democratic members of the General Assembly in this challenge. Thus far, CT Democrats have refused to join in efforts to challenge the White House to provide further tax relief to Connecticut residents.