Op-Ed: Juvenile Crime Needs to Be Addressed and Restoring Public Safety Should be a Top Priority 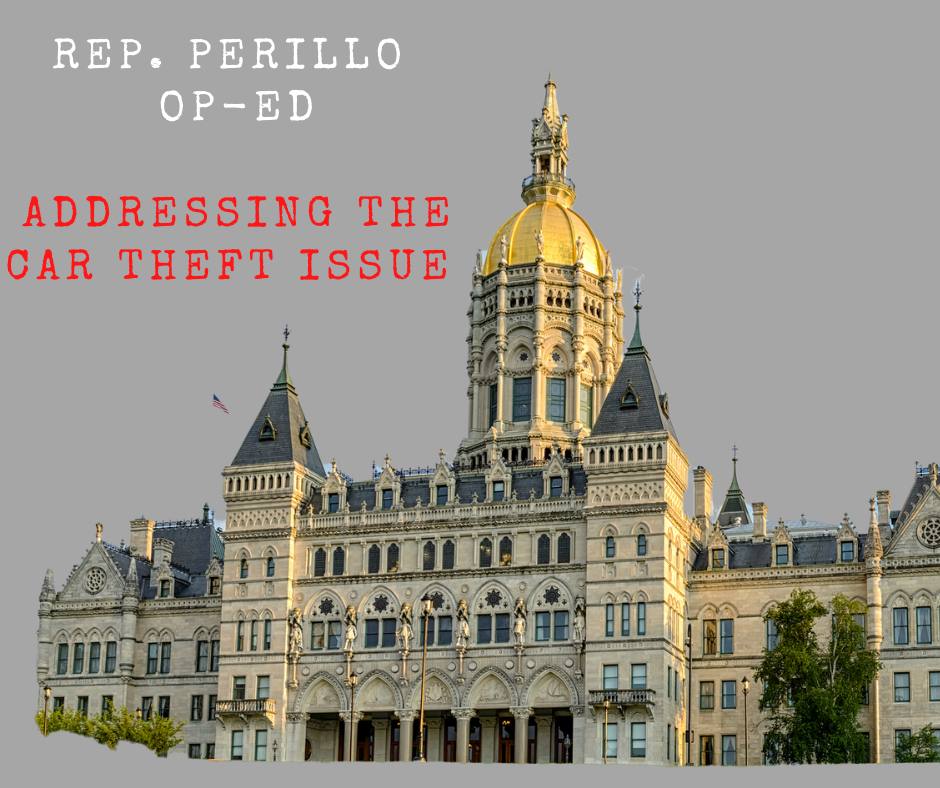 Despite the monumental silence from my colleagues on the other side of the aisle, it shouldn’t come as any surprise to those of you who have picked up a newspaper or turned on the television in the last year or so that Connecticut is facing a serious crime problem.

Within the past week alone, a 71-year-old woman was carjacked in broad daylight in West Hartford and yet another car was stolen in Hartford, this time with a 6-year-old girl inside.

Homeowners being shot at, cars being ransacked, and garages broken into has Connecticut’s residents terrified, frustrated, and living on edge. Many afraid their next visit to the grocery store or gas station could put them into a position where they could be next.

The nature of these types of crimes has increased with those committing them more brazen and less afraid of consequences and law enforcement.

Those who would commit these crimes don’t discriminate based on zip code. The people who have been affected span all corners of our state.

In and around Shelton, we are experiencing these same levels of crime. The one thing I hear from law enforcement officers in Shelton and surrounding towns is that the juvenile justice system is broken. Police officers’ hands are tied and the criminals know it.

My Republican colleagues have made several attempts to address this issue. We’ve introduced bills, petitioned for special session imploring the governor to call us in last year, held public forums across the state in the hopes of prompting action, and offered real workable solutions. Unfortunately to date they’ve largely been ignored.

Our proposal includes: mandatory fingerprinting of juveniles arrested for a felony, allow law enforcement access to all juvenile records, expedited arraignment (next day court is open) for juveniles arrested for a felony, institute mandatory around-the-clock electronic/GPS monitoring, and require Family Support Services interventions ordered at arraignment, among many others.

Something needs to be done today. With each passing day the general public’s safety is put in jeopardy. This issue is not going to resolve itself. The residents of Connecticut deserve better from their elected officials. It’s time to come together to enact meaningful changes in order to keep our residents safe.