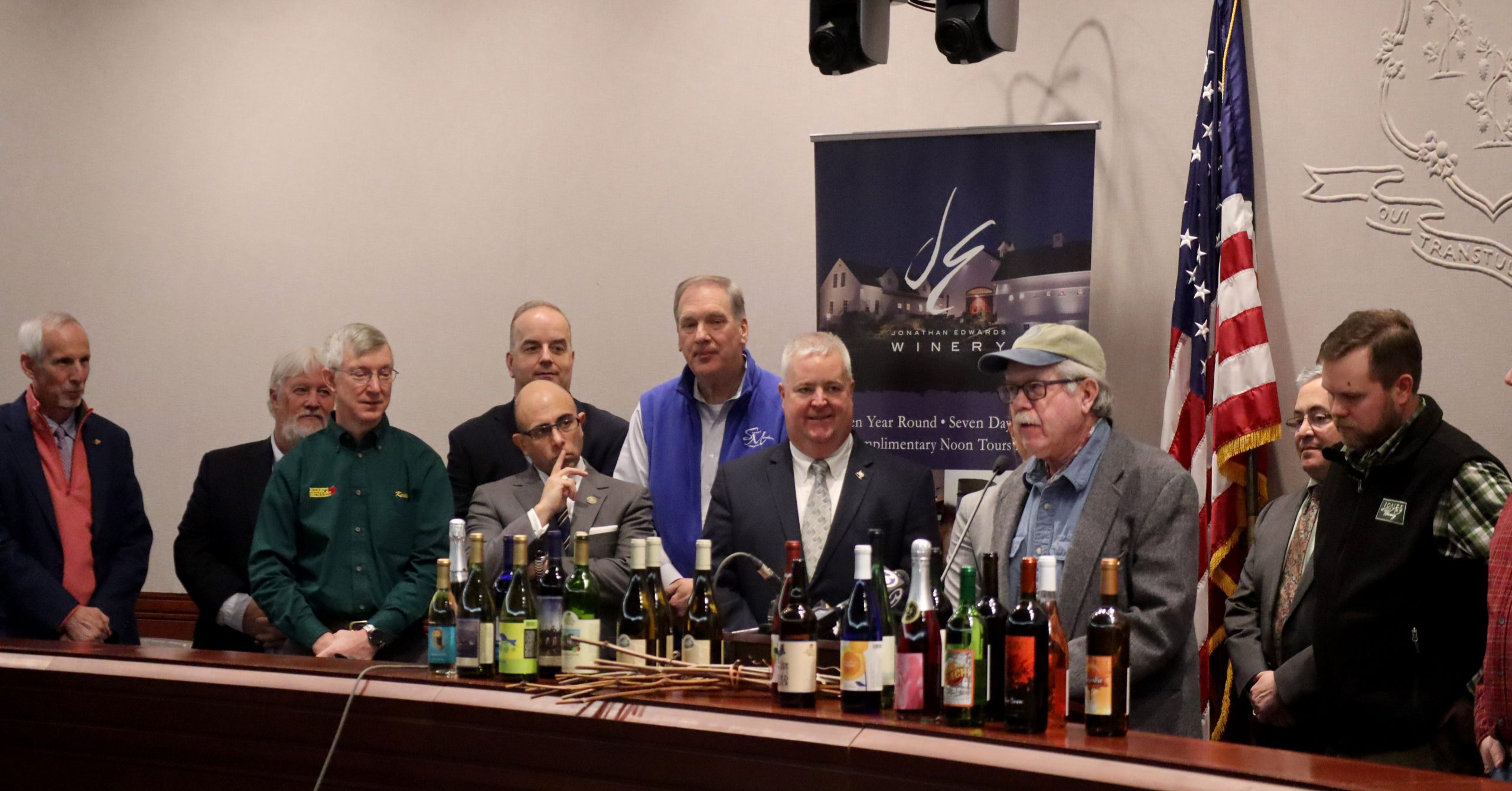 HARTFORD – State Representatives Jason Perillo and Ben McGorty joined members of the Connecticut Vineyard and Winery Association at the State Capitol on Tuesday to call on lawmakers to fix language in the Liquor Control Act that will negatively impact Connecticut Farm Wineries.

Legislation passed last year extends incentives originally designed to support Connecticut farmers to manufacturers who typically import out of state grapes or wine that is already fermented and ready for bottling.

“We are standing with our local farmers and farm wineries and asking our colleagues to make this important fix to the Liquor Control Act,” said Rep. Perillo. “State vineyards and wineries contribute more than $154 million to our economy and we should continue to help this industry grow. By not fixing this language, it will hurt the industry and our state’s economy.”

“The Connecticut Farm Wine industry is growing and thriving, but this legislation will reverse the upward growth of this industry,” said Rep. McGorty. “Both Republicans and Democrats want to see this bill fixed and I believe we can come together to fix this bill and support our local farmers.”

“Growing grapes is the most expensive part of creating wine – the land costs, the infrastructure, and the labor to nurture and harvest the grapes,” said Jamie Jones of Jones Family Farms and Winery, whose family has been farming the soils of Connecticut for six generations. “Allowing manufacturers to import grapes from regions with a lower cost of production and sell directly to retailers will seriously threaten the future of Connecticut vineyards and the state’s farmland.”

According to the Connecticut Vineyard and Winery Association, “The Farm Wine Act of 1978 put into place incentives, including allowing farmers to bypass the state’s “three-tier” system and sell directly to retailers, at a time when farmland was disappearing at an alarming rate. These incentives made it feasible for farmers to invest the large amount of time and money needed to convert their properties to vineyards.