Rep. Perillo Joins Calls for the Senate to Pass Bill to Increase Penalties for Fentanyl 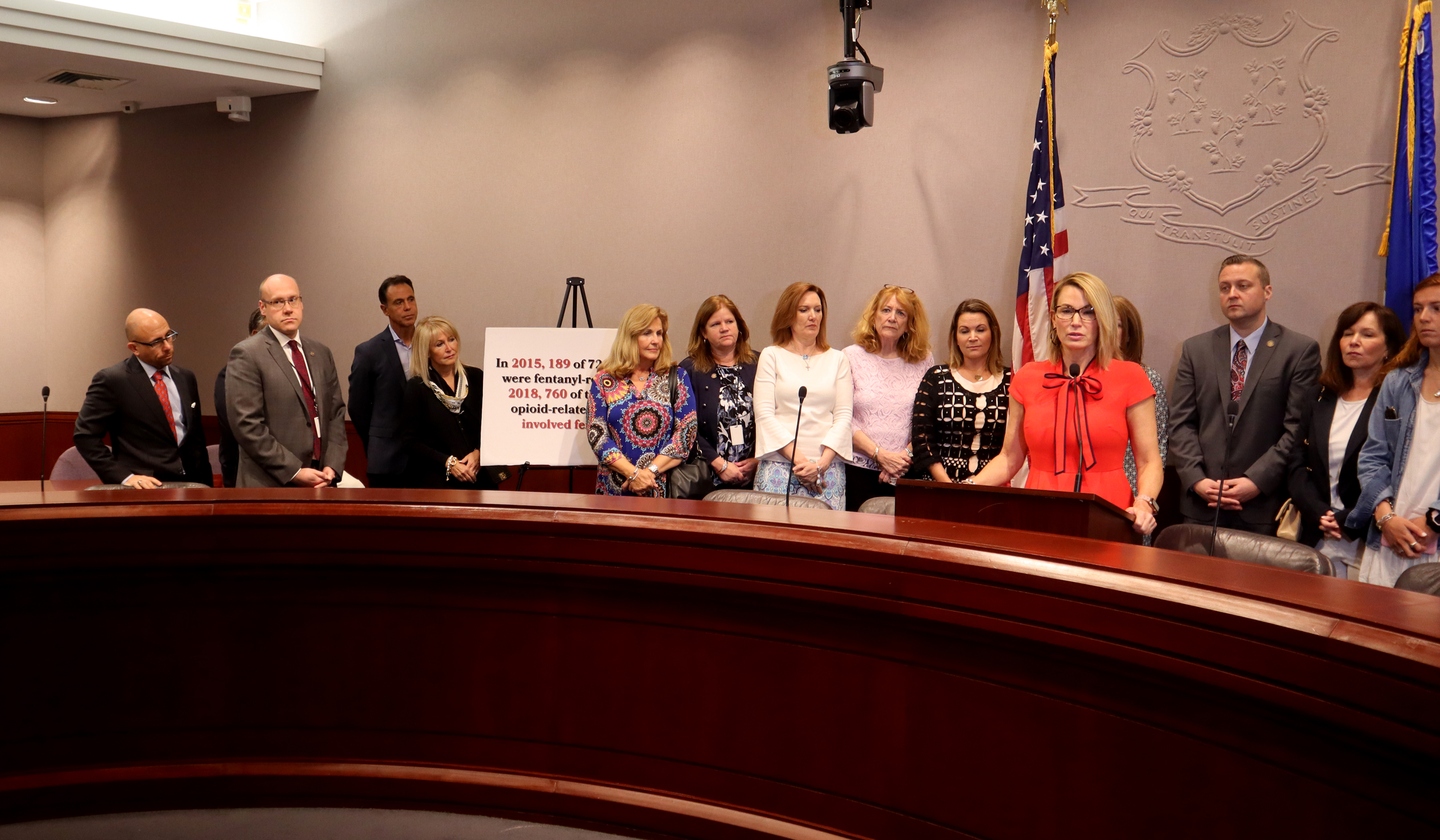 HARTFORD – State Rep. Jason Perillo joined his fellow colleagues and concerned citizens and organizations at the State Capitol on Tuesday for a press conference to call on the Senate to pass a House bill to strengthen penalties on fentanyl.

“This bills passed with bipartisan support in the House and the Senate should join us in looking to strengthen the penalties for dealing fentanyl,” said Rep. Perillo. “We must do anything we can to stop the opioid epidemic and passing this legislation will help send a message to all the bad actors out there that Connecticut is not messing around. If you are caught selling or manufacturing this deadly drug you will go to jail for a long time.”

House Bill 5524, was introduced by the House Republican Caucus. The bill would change the definition of narcotic substance to include fentanyl the same category as heroin. As the law is currently written, fentanyl is listed as a synthetic drug, which is a lesser penalty.

In a previous release, Rep. Perillo noted that in 2016 the Derby Police Department stopped a tractor-trailer on Route 34. After searching the tractor-trailer, the police discovered a large amount of fentanyl estimated to be worth $1.5 million. The driver was recently only sentenced to 30 months in prison.