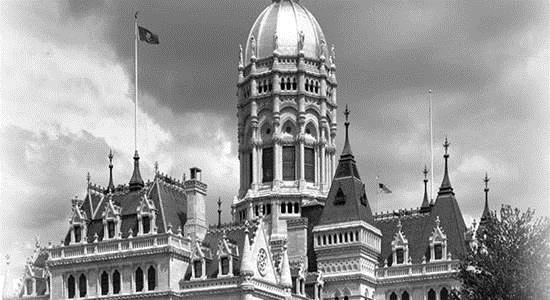 HARTFORD – Last week, State Representative Cara Pavalock-D’Amato (R-77) joined her House Republican colleagues in voting ‘No’ on a resolution that would allow Governor Lamont to continue to run the state through the use of his executive order.

“The standard under the statute is there must be a state of emergency, contrary to the questions of whether or not the Governor is doing a good job,” Rep. Pavalock-D’Amato said. “The continued exercise of leadership by totalitarian authority is a repudiation of our duties and responsibilities as a representative government. One must wonder why landlords continue to be targeted while restrictions on attendee event numbers have been lifted and festivals enjoy record attendance.”

As of last Wednesday, twenty-five states have either terminated or allowed their emergency powers to expire. With Alabama, Colorado, Georgia, Maryland and Minnesota doing so this month. With Wednesday’s extension, Connecticut joins Rhode Island as the only states within New England with emergency orders still in place. Maine, Massachusetts, New Hampshire and Vermont all let them expire in June.

Members of the majority party and governor have made claims that if Connecticut failed to continue these orders, the state risks losing federal funding, something Rep. Pavalock-D’Amato doesn’t necessarily agree with.

“We have seen other states who have Democrat governors, namely Wisconsin, Pennsylvania and Kansas who have seen their orders end or expire and federal funding sources continue,” Rep. Pavalock-D’Amato said. “Given we have some precedence here, its reasonable to believe Connecticut could arrange a similar agreement with the president.”

Despite unanimous opposition from House Republicans and nine Democrat members agreeing the extensions are no longer necessary, the House voted 73-56 to continue Governor Lamont’s executive authority. This authorization is the 6th extension since the original declaration went into effect in March of last year.