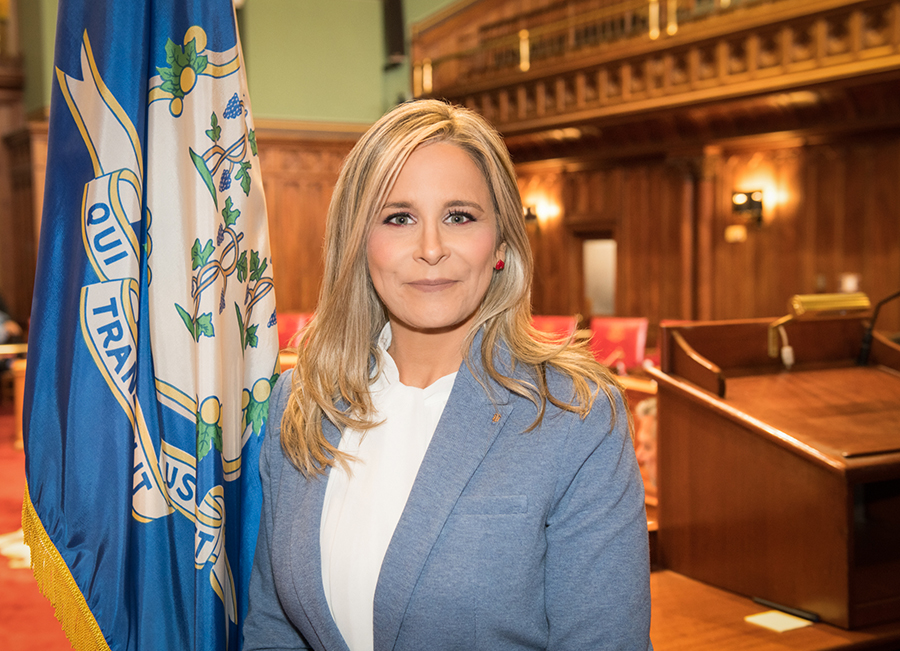 HARTFORD –State Representative Cara Pavalock-D’Amato (R-77) has received her committee assignments for the 2021 legislative session, which include being named for a second term as the Ranking Member of the Legislature’s Insurance Committee and first as an Assistant House Republican Leader by House Republican Leader-elect Vincent Candelora.

“I am proud to reappoint Cara to a leadership role on the Insurance Committee,” Candelora said. “Connecticut has a proud tradition as the Insurance Capitol of the World and the mandates and proposals that are vetted here are important to this flagship industry and to our entire state and even the nation. As Connecticut continues to be at the forefront of policy discussions that has huge implications, we need Cara’s voice of reason at the table. Balancing those needs is critical as we contemplate the unintended.”

In January, Rep. Pavalock-D’Amato will be serving in her fifth year as a member of the Insurance Committee, with the last two as its Ranking Member. The committee has knowledge and oversight into all matters relating to insurance law and real estate law.

“I appreciate the faith House Republican Leader-elect Candelora has shown in me by continuing my appointment as the Ranking Member of the Insurance Committee for another two years,” Rep. Pavalock-D’Amato said. The upcoming legislative session will have its own set of challenges, but I look forward to meeting with my fellow committee members and getting back to work on behalf of the residents of Connecticut.”

In addition, Rep. Pavalock-D’Amato will also be serving for the second consecutive session on the Appropriations Committee and her first with the Judiciary Committee.

The Appropriations Committee deals with all matters related to the budgets of state agencies, matters relating to employees’ salaries, benefits and retirement, collective bargaining agreements and arbitration awards for all state employees, teachers’ retirement and veterans’ pensions.

Among matters under the Judiciary Committee’s umbrella are courts, judicial procedures, criminal law, judicial appointments, and probate as well as matters related to the Boards of Pardons and Paroles, the Judicial Department, and the Department of Correction.