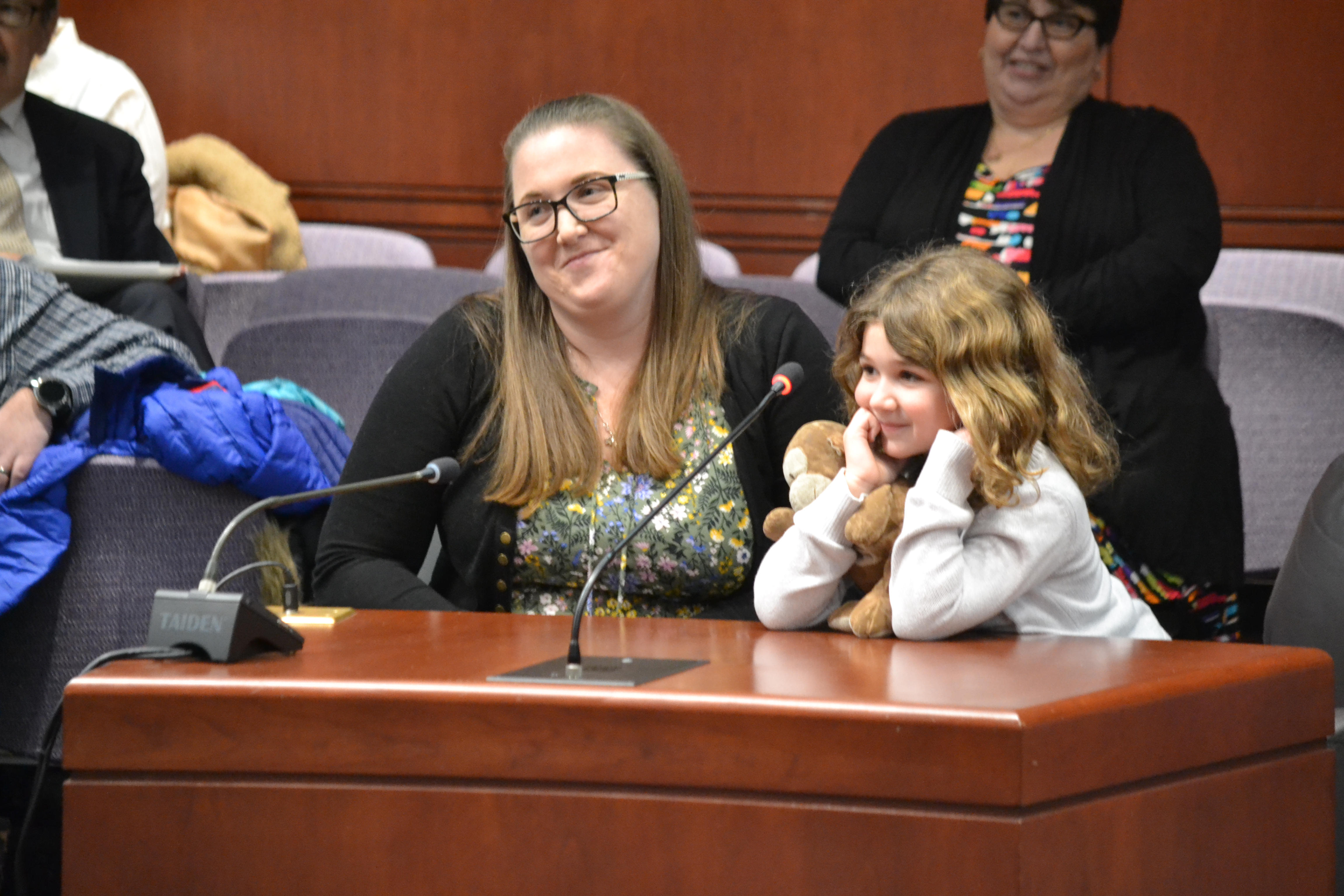 Photo: Georgianna Kulasenski and her daughter Emelia, were born with born with dentinogenesis imperfecta, testified in favor of HB-5724, a bill that would expand health coverage to cover its treatment.

HARTFORD – In an effort to increase insurance coverage for individuals born with dentinogenesis imperfecta, a craniofacial disorder, State Representative Cara Pavalock-D’Amato (R-77) has sponsored a bill that would expand current health coverages to include its diagnosis and subsequent treatment.

Pavalock-D’Amato, who serves as the Ranking Member of the Insurance Committee, was made aware of the lack of adequate coverage for procedures of this type by a constituent who had to pay several thousand dollars out of pocket in order to correct her and her daughter’s congenital defect.

“A constituent of mine reached out to me regarding the current lack of health coverage for her issue and the significant financial commitment it takes to correct,” Rep. Pavalock-D’Amato said. “I didn’t feel that the current laws were adequate enough, so I wanted to do whatever I could to help her and her family out.”

According to the U.S. National Library of Medicine, dentinogenesis imperfecta is a medical condition present at or before birth, which effects overall tooth development. As a result, primary or permanent teeth can be discolored and translucent, making them weaker than normal and more prone to rapid wear, breakage, and loss, affecting an estimated 1/6,000 to 1/8,000 people.

The bill, HB-5724, An Act Expanding Required Health Insurance Coverage for Craniofacial Disorders, went before the Insurance and Real Estate Committee for a public hearing. The proposal now awaits further action by the committee.