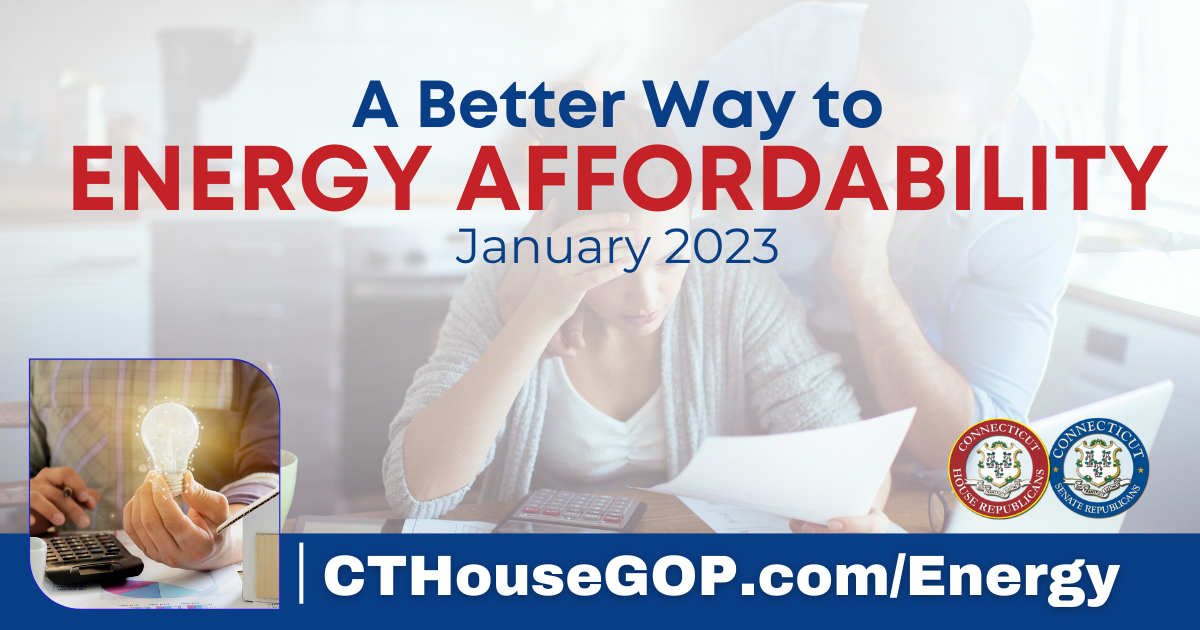 “The quest for lowering energy costs for ratepayers in Connecticut will be a priority in the legislature this session, and the Republican plan is careful to balance goals of energy affordability, sustainability, and reliability. The addition of necessary oversight of utility companies will reinforce our state’s commitment to energy independence, which will drive down costs. Residents have been calling for a remedy to the increased burden on their utility bills, and we are answering that call,” Deputy House Republican Leader Rep. O’Dea (R-125) said.

“Connecticut is one of the most unaffordable states to live in, with the highest energy costs in the continental United States. The rising cost of energy in our state has been an issue for far too long. It is past time for action to make energy more affordable and reliable,” said  Senator Ryan Fazio (R-Greenwich), ranking member of the Energy & Technology Committee.

Establishing utility rate case oversight to ensure that resolutions of rate cases and settlements are made in the best interest of ratepayers and not for other political considerations.