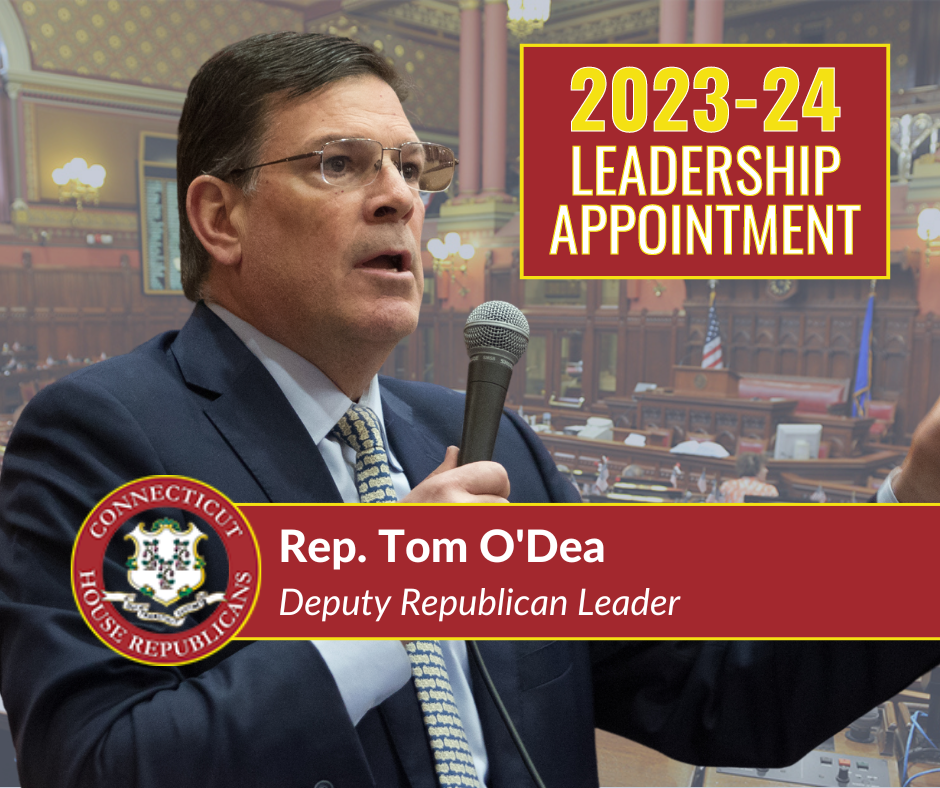 “Throughout his tenure serving the residents of the 125th District in the House of Representatives, Rep. O’Dea has earned a bipartisan reputation as one of the most effective, dedicated, and principled legislators in the entire General Assembly,” House Republican Leader Vincent Candelora said. “Tom’s unique and thorough understanding of the law, outstanding leadership abilities, and proven experience in this role make him the perfect choice to serve as Deputy Republican Leader in this new term.”

State Rep. Tom O’Dea said, “It is a great honor to be appointed as Deputy Republican Leader for the new legislative term. I appreciate the confidence of Rep. Candelora to entrust me with the responsibility to help lead our House Republican Caucus in this vital effort to pass meaningful legislation in 2023 and 2024.”

Rep. O’Dea will also serve on the Judiciary, Environment, Transportation, and Legislative Management Committees in the upcoming term. To learn more about the duties and responsibilities of legislative committees, please visit www.cga.ct.gov and visit the “Committees” tab.

The 2023-24 legislative session will be Rep. O’Dea’s sixth term in the General Assembly. He was first elected to the General Assembly in 2012 after serving on New Canaan’s Town Council. Tom is a trial lawyer at the Stamford-based law firm Diserio Martin.

Throughout his tenure in the legislature, Rep. O’Dea is credited as a principal architect of the 2017 bipartisan budget which did not raise taxes, an ardent defender of local control in land use and education decisions, a fierce advocate for public safety and support for law enforcement.

With additional questions or concerns, constituents can contact Representative O’Dea via phone at his State Capitol office at 1-800-842-1423 or via email at Tom.ODea@housegop.ct.gov.