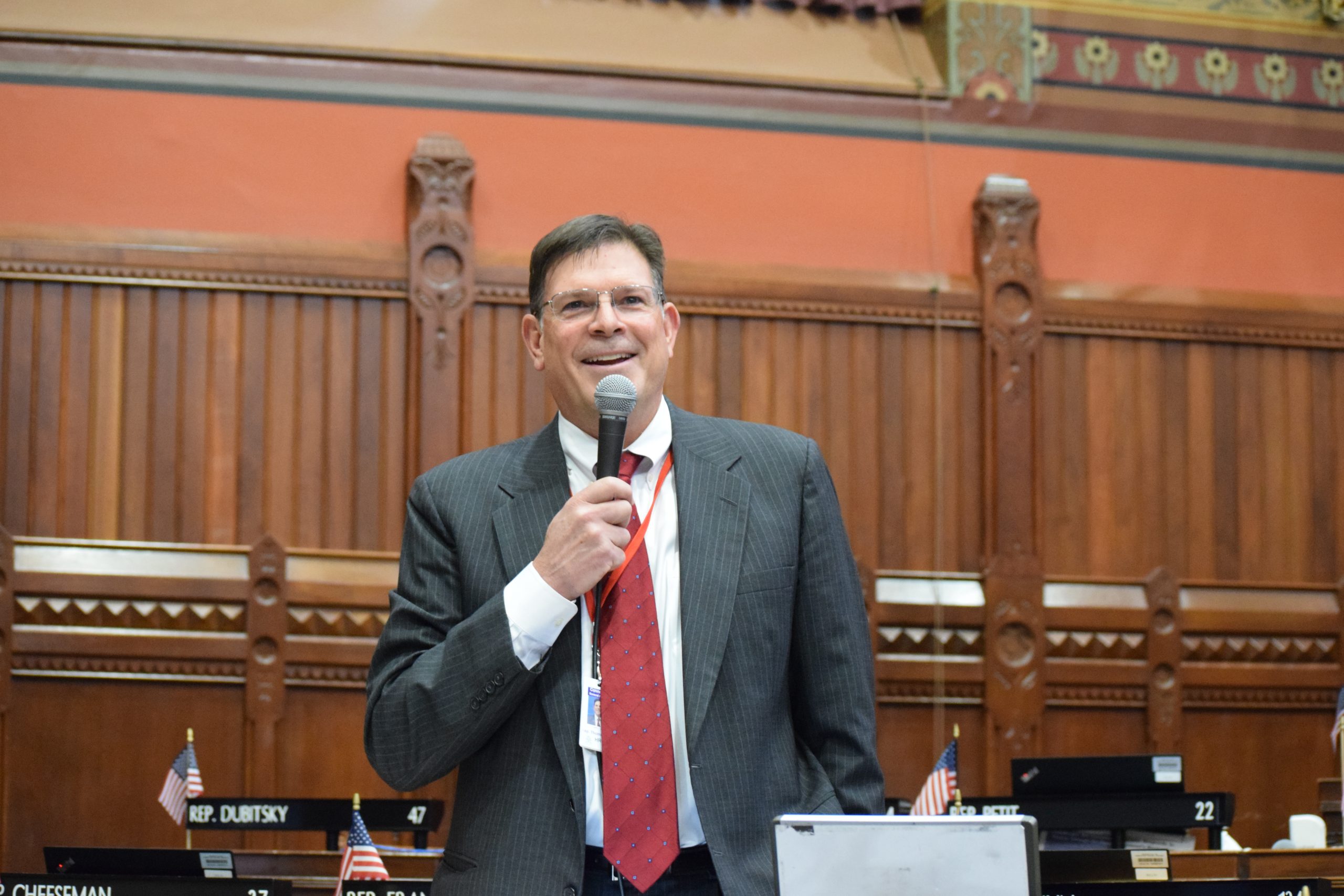 HARTFORD – State Representative and Deputy House Republican Leader Tom O’Dea (R-New Canaan, Wilton) vocally opposed the governor’s most recent request to extend his emergency powers – his sixth request since the onset of the pandemic last March. Rep. O’Dea joined all Republicans and nine Democrats in voting no. The resolution, HR 202, passed in the House 73-56. The Senate passed an identical resolution, SR 52, which passed by a vote of 19-15.

“While I am appreciative of the governor’s leadership through an unprecedent crisis, Connecticut is in a much different place now than we were 16 months ago,” said Rep. O’Dea. “Many were hurt more by the executive orders than by the virus itself, including our small businesses that were forced to close while their larger competitors remained opened, as well as our children who had to adapt to remote learning and did not have access to sports and other extracurricular activities.”

Added Rep. O’Dea, “We are at a point where municipal leaders, school boards, and local public health districts are much better-positioned to manage the ongoing situation than the governor, particularly regarding masking our children in schools. I feel very strongly that we need to follow the science regarding everything, including our mask policies. I trust our local leaders. I personally coached 4th grade tackle football last August through October. When our State Department of Public Health forced high schools to cancel sports, despite the science, in New Canaan we knew better. We followed the science. Our children were allowed to participate in tackle football, unmasked, and we didn’t have a single COVID case.”

The emergency was first declared on March 10, 2020. Since then, it has been extended six times, including yesterday:

The most recent four extensions were made with legislative approval, with most Democrats supporting the extensions. Republicans argue that while COVID is still present and requires some public health guidelines and active management at the local level, the emergency itself is over and the legislature could and should play a leading role in future COVID-related decisions. Under Special Act 21-5, which the legislature passed during the two-month extension in May, COVID-related executive orders must be limited to 60 days when the legislature is in session, and 180 days when it is not. It also required full legislative approval for any extension.

One of the main arguments used by Democrats for extending the orders was continued access to federal relief funds, such as SNAP. Rep. O’Dea noted that other states were successful in securing federal aid after allowing their emergency declarations to expire, negating the need for Connecticut to use the current emergency status to receive assistance. Additionally, he made clear that if we end the current emergency orders, there is nothing preventing the governor from reinstating it should circumstances change and cases begin to surge again.

Lastly, Republicans questioned the metrics for continuing the emergency declaration, such as positivity rates and hospitalizations. Despite the presence of the Delta variant, COVID cases and hospitalizations remain low, and Connecticut continues to boast one of the highest vaccination rates in the nation.