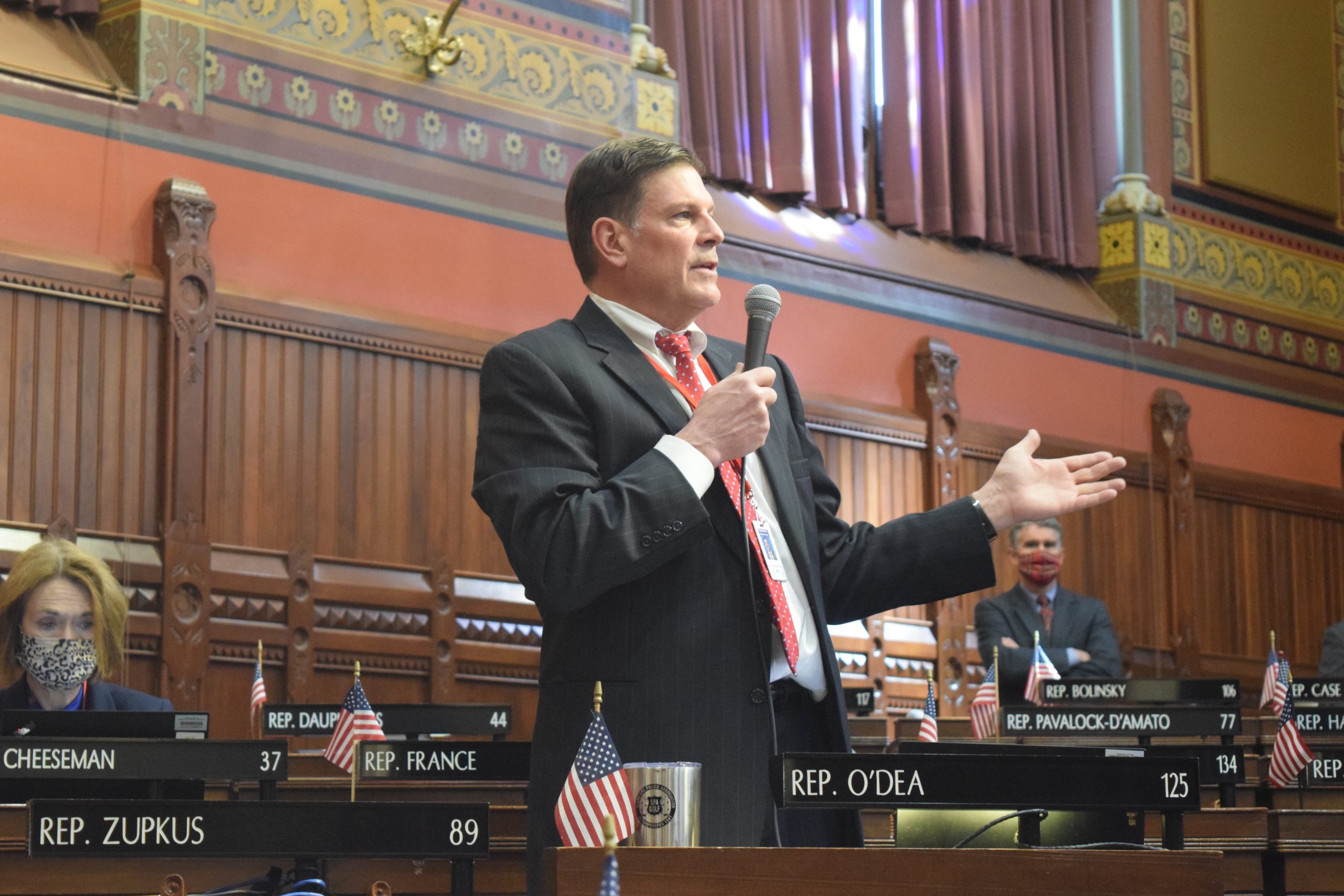 HARTFORD – State Representative Tom O’Dea (R-New Canaan, Wilton), Deputy House Republican Leader, voted with all Republican members and eight Democrats in opposing HB 6107, An Act Concerning the Reorganization of the Zoning Enabling Act and the Promotion of Municipal Compliance. The bill would establish state mandates for the construction of affordable housing and limit the authority of local planning and zoning (P&Z) boards in land use matters. The proposal, favored by a range of activists and special-interest groups, is opposed by many local officials statewide, and is seen as creating a path towards regionalism.

“I am deeply disappointed to see this legislation pass because it opens the door to more top-down, state-mandate control over local zoning commissions and town governments,” said Representative O’Dea. “I view New Canaan and Wilton as leaders in providing affordable housing options for those who need it, and I trust in our local process to make that happen. The bill that passed yesterday does not look out for the residents of Connecticut’s 169 municipalities, but rather exposes them to special interests and future developments in their neighborhoods where their role in that decision-making process would be reduced. Not too long ago, our communities fought against a state attempt to regionalize our school systems, and now they are doing the same thing with our zoning practices.”

The bill would require local zoning ordinances to allow accessory dwelling units on homes and disregard per unit parking, allowing for more development of affordable housing in residential neighborhoods. Towns would not have to approve these usages and could only ‘opt-out’ with a two-thirds vote of both the Zoning Commission and governing body – in our communities, the New Canaan Town Council and the Wilton Board of Selectmen.

The bill also revises the General Statutes to prevent towns from citing “local character” as a justification when crafting their zoning regulations, potentially threatening a community’s historic architecture. Furthermore, a newly-established “Commission on Connecticut’s Development and Future” would be tasked with an assessment on the need for more state intervention in Connecticut’s housing market.

At the conclusion of the debate, Democratic Majority Leader Jason Rojas vowed to raise this issue in future sessions alluding to his preference for more overreaching state-mandated zoning reforms on Connecticut municipalities.

The bill passed 84-59 on a near-party line vote and now awaits action in the Democratic-controlled Senate. Governor Lamont has reportedly indicated he will sign the legislation if it reaches his desk. The 2021 legislature sessions adjourns at midnight on Wednesday, June 9.