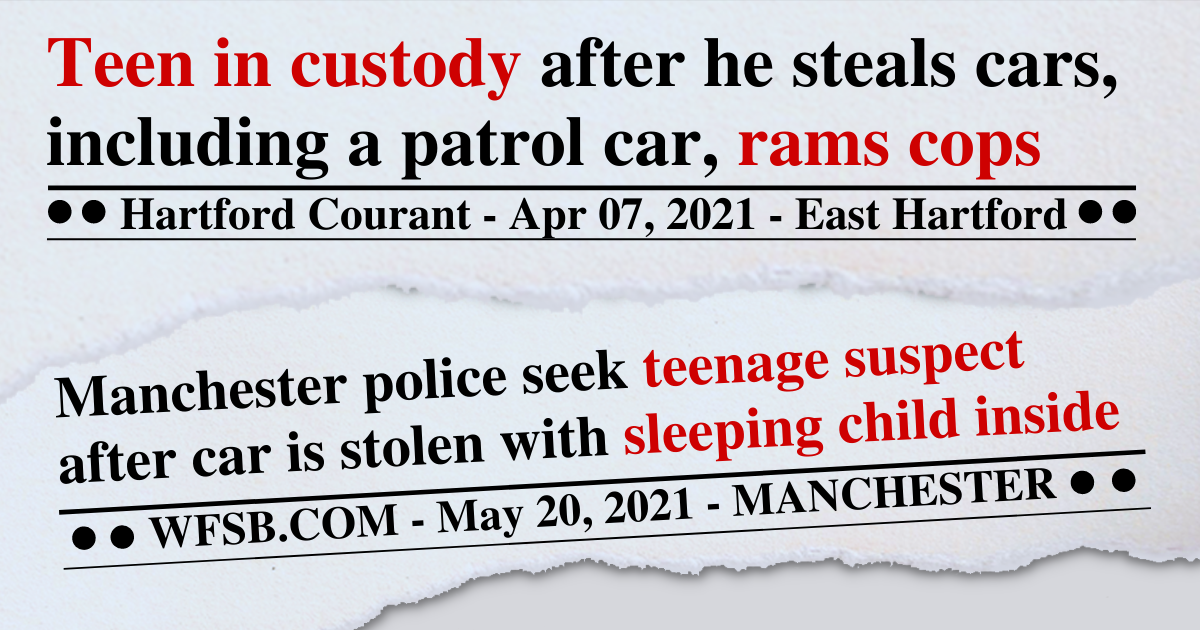 HARTORD—House Republican Leaders on Thursday issued the following statement in response to reports of a vehicle stolen in Manchester with a child inside:

“We started this legislative session with a clear message from Connecticut residents frustrated by the increasing threat of motor vehicle-related crimes committed by juveniles. They wanted the General Assembly to tackle this public safety crisis, yet here we are, with roughly three weeks left before the session’s end, and we’re no closer to being able to tell our constituents that state government has taken any step toward addressing this issue. Today, we awoke to learn of yet another crime where a vehicle was stolen with a child in the car—the third in a month. This frightening incident is a clear signal that majority Democrats have failed to take these crimes seriously, even letting their own bill (approved in a bipartisan Judiciary Committee vote) die on the vine. We urge our colleagues across the aisle to use what little time we have left before adjournment to address this critical situation. The public deserves swift, responsible action to address this crisis.”