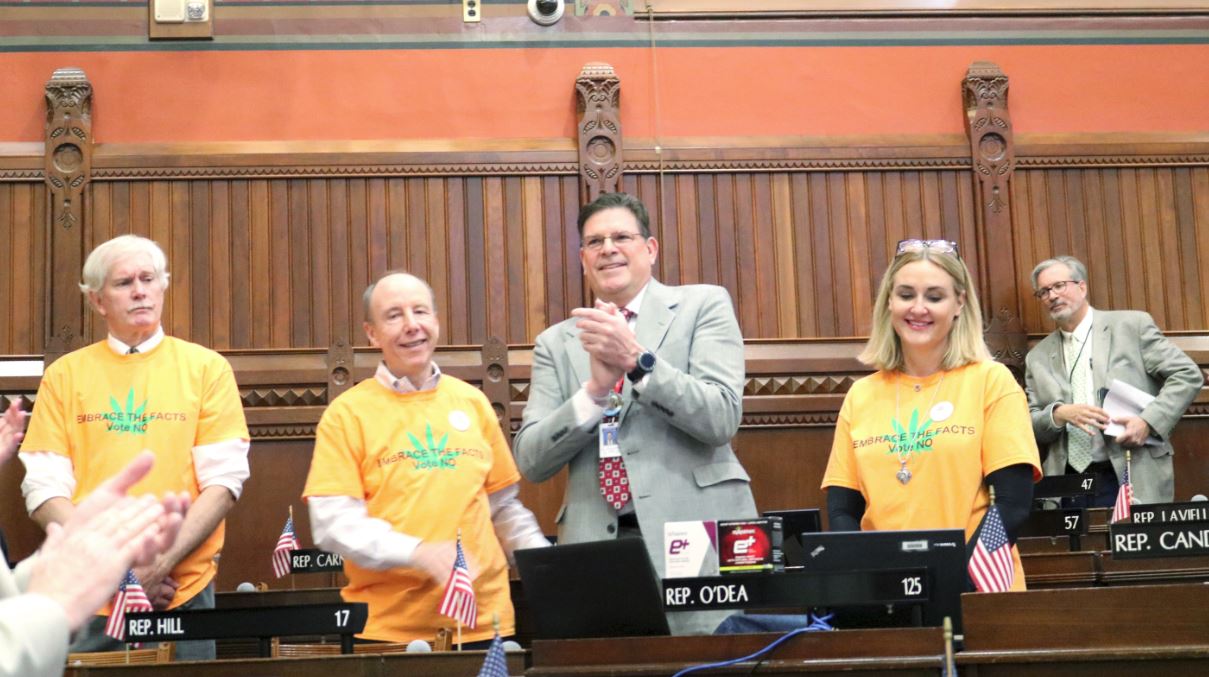 HARTFORD – State Representative Tom O’Dea (R-New Canaan, Wilton), Deputy Republican Leader-at-Large, voted for and celebrated the passage of two bills addressing the opioid crisis – H.B. 5524, An Act Increasing the Penalties for the Sale of Fentanyl, and H.B. 7190, An Act Extending Good Samaritan Protections for Persons or Entities that Include an Opioid Antagonist within a Cabinet Containing an Automatic External Defibrillator. Rep. O’Dea has signed on as a cosponsor to both proposals, which passed the House with broad bipartisan support.

“The passage of H.B. 5524 and H.B. 7190 will make a difference in the fight against addiction,” Rep. O’Dea said. “Yesterday, I had the honor of introducing New Canaan resident, Paul Reinhardt, on the House floor. In 2015, Paul’s worst nightmare came true when his son, Evan, succumbed to addiction. It’s the unthinkable, but it does happen – far too often. Despite this tragic loss, Paul gathered the strength and determination to form the New Canaan Parent Support Group, which provides help to the parents of loved ones suffering from addiction, and seeks to educate and raise awareness about this terrible disease. For those who have children of their own, the thought of losing them is unbearable. With this legislation, we can reduce the availability of painkiller medication, and provide our emergency personnel and Good Samaritans with the support they need to respond to an overdose. I encourage my colleagues in the Senate to pass these bills because lives are depending on it.”

H.B. 5524 classifies fentanyl as a narcotic substance. The penalties for manufacturing and selling narcotics, except as authorized by law, typically include mandatory prison time along with substantial fines. This bill broadens the definition of a “narcotic substance” to include fentanyl and its derivatives. H.B. 7190 provides immunity from ordinary negligence to individuals or entities that make available automatic external defibrillators (AEDs) in the same cabinet as NARCAN or another opioid antagonist.

The bills have been placed on the Senate calendar where they may be called for discussion and a vote. The regular session adjourns on Wednesday, June 5th, 2019.