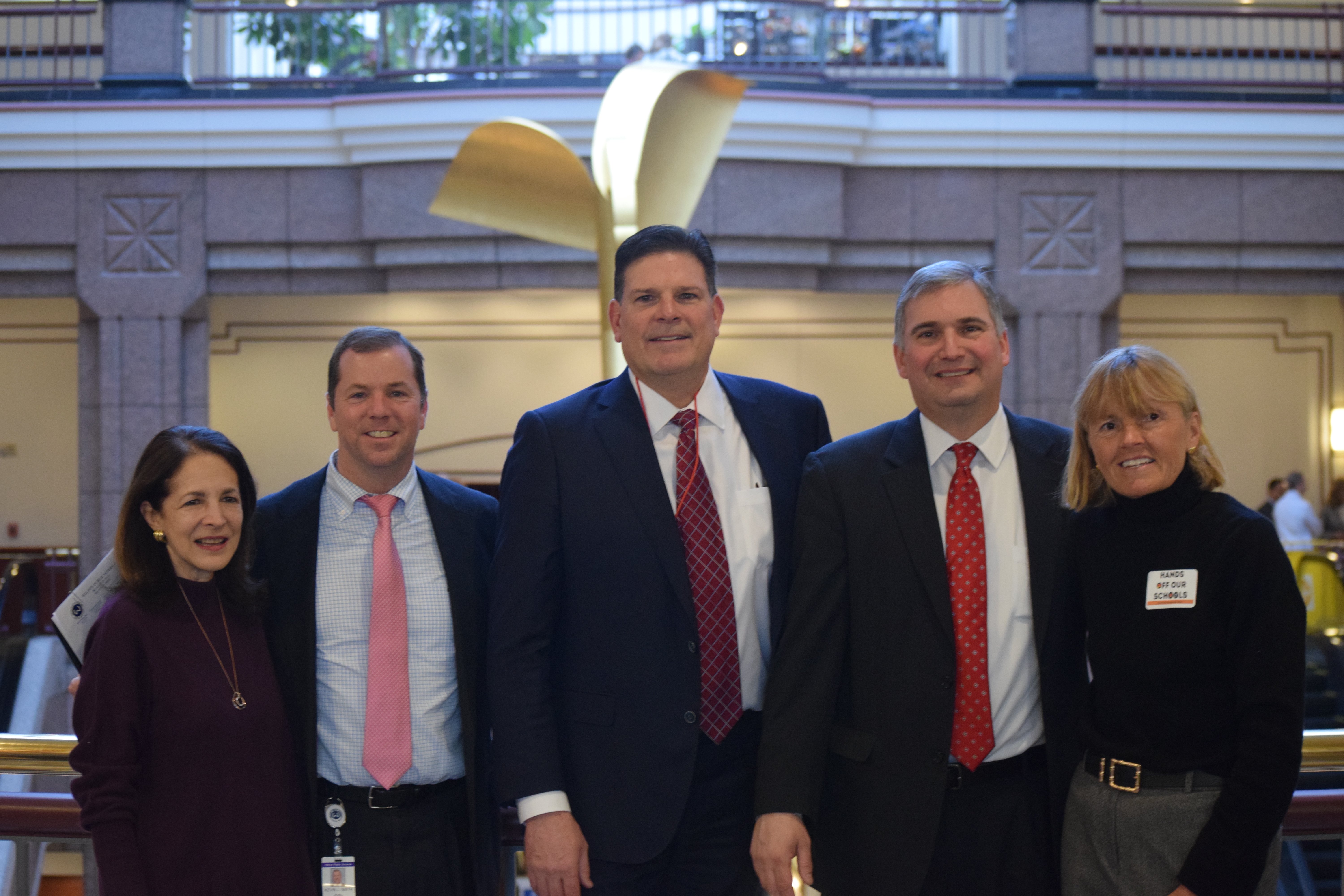 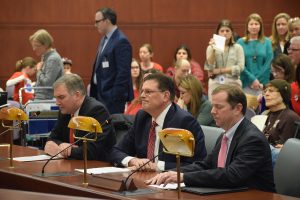 The event at the Legislative Office Building preceded an Education Committee public hearing on bills (S.B.457, S.B. 738, S.B. 874) concerning the topic. Republican lawmakers echoed the concerns of parents, educators, school administrators and local officials who descended on the Capitol for the hearing.

“These bills have hit a nerve, and opposition has been visceral in communities across the state,” said 143rd District Rep. Gail Lavielle, House Ranking Member of the Appropriations Committee and vocal opponent of forced school regionalization in any form. “People see their local schools as the heart and soul of their towns, and they simply do not feel that others outside their communities should be dictating how they should educate their children. If their districts regionalize, they want the decision to be voluntary, not mandated, and they want to have a say in it. All of these bills either mandate school district consolidation or open the door to doing so in the future, and two of them explicitly impose penalties for non-compliance. While they all focus on efficiencies, none of them contains any mention of educational outcomes. These bills will not help children learn, they will not serve our communities, and they will not inspire confidence among prospective residents. Instead, we should be focusing on finding ways to help districts seeking to consolidate or share services voluntarily.”

Superintendents and board of education members from multiple districts have publicly stated their opposition to the bills, based on concerns about their effects on educational outcomes. Municipal leaders have also voiced concerns about the potential economic impact should any one of these bills become law.

“Forced school regionalization based on arbitrary numbers and plans is not the way to fix Connecticut. Our towns are equipped to make their own choices,” House Republican Leader Themis Klarides said. “There are a number of schools in Connecticut who have found financial savings through sharing responsibilities with neighboring schools, no one was forced.  We need to encourage dialog, not force.”

Lavielle and Klarides were joined at the news conference by state Rep. Kathleen McCarty, Education Committee Ranking Member and state representative for the 38th District (Waterford and Montville), as well as Reps. Tom O’Dea (R-125, New Canaan and Wilton), and Leslee Hill (R-17, Canton and Avon.)

“The reality is that school districts currently share services, personnel and facilities to achieve efficiencies and money which should always be the goal,” O’Dea said. “But mandatory regionalization based on nothing more than a town’s population will only hurt the students and educators. Threatening to withhold funding over a community’s opposition to a mandate from Hartford is outrageous.”

S.B. 457 was introduced by State Senators Bob Duff (D-Norwalk) and Cathy Osten (D-Sprague) and would require any school district with a student population of fewer than two thousand students either to merge with a new or existing school district or lose its state funding.

S.B. 738 was introduced by State Senate Pro Tempore Martin Looney (D-New Haven) and would require school districts in municipalities with a population under 40,000 to consolidate, using the current probate court districts as a model. If this bill passes, it would go into effect for the school year commencing on July 1, 2021, with or without legislative approval.

Gov. Lamont’s bill, S.B. 874, was introduced as part of his biennial budget proposal. It would require a statewide plan for school “redistricting and consolidation” to be developed by a commission of appointees and delivered two years from now, leaving the door open for mandatory regionalization and uncertainty. Smaller districts refusing to share superintendents would face loss of state funding.