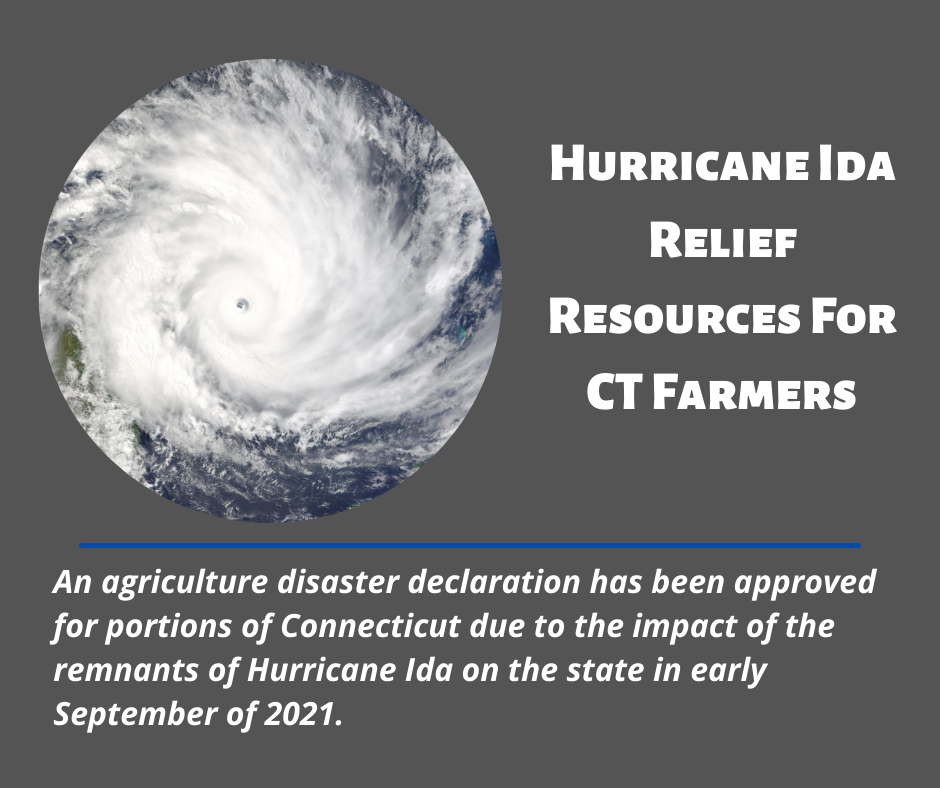 An agriculture disaster declaration has been approved for portions of Connecticut due to the impact of the remnants of Hurricane Ida on the state in early September.

The declaration will make farmers in six of the state’s counties – including Hartford, Middlesex, New Haven, New London, Tolland, and Windham – eligible to be considered for certain disaster assistance from the Farm Service Agency to cover production losses from the storm, such as emergency loans, provided that eligibility requirements are met. While Middlesex and New London are named as primary counties in the declaration, the other four are named as contiguous disaster counties, making farmers in all six of those named counties eligible for assistance.

Farmers will have eight months from the date of the secretarial disaster declaration to apply for emergency loans. The Farm Service Agency considers each emergency loan application on its own merits, taking into account the extent of production losses on the farm and the security and repayment ability of the operator. Farmers interested in applying for the assistance must contact their local Farm Service Agency office.

In August, a similar federal agriculture disaster declaration was approved for Connecticut as a result of the damages caused by Tropical Storm Elsa, which impacted the state in early July. That particular declaration applies to all eight of the state’s counties, and farmers statewide are still eligible to apply for assistance under it.