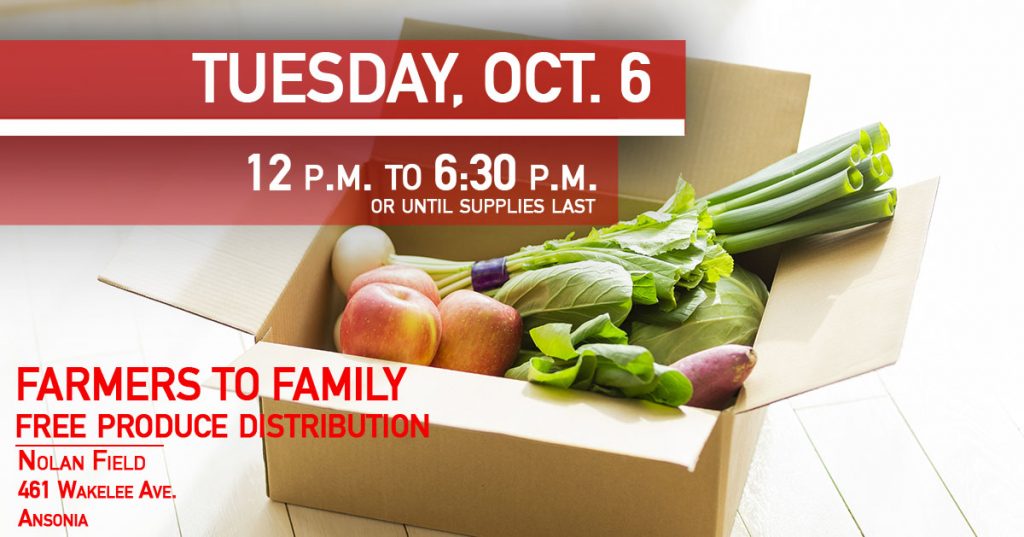 The event will take place from noon to 6:30 p.m. or for as long as the supplies last. At least 1,150 food boxes will be handed out. Nolan Field is located at 461 Wakelee Ave., in Ansonia.

The U.S. Department of Agriculture F2F food program is being coordinated by the Friendly Hands Food Bank of Torrington Director Karen Thomas and Ralph DelBuono of Roma’s Restaurant in Oakville. Also helping out is TEAM Inc. of Derby, a local non-profit run by CEO/President David Morgan.

“The public response to this program has been overwhelming. Unemployment remains high due to the COVID virus and businesses are still closed. The Farmers to Family initiative fills a big void for Connecticut families and individuals,’’ the lawmakers said.