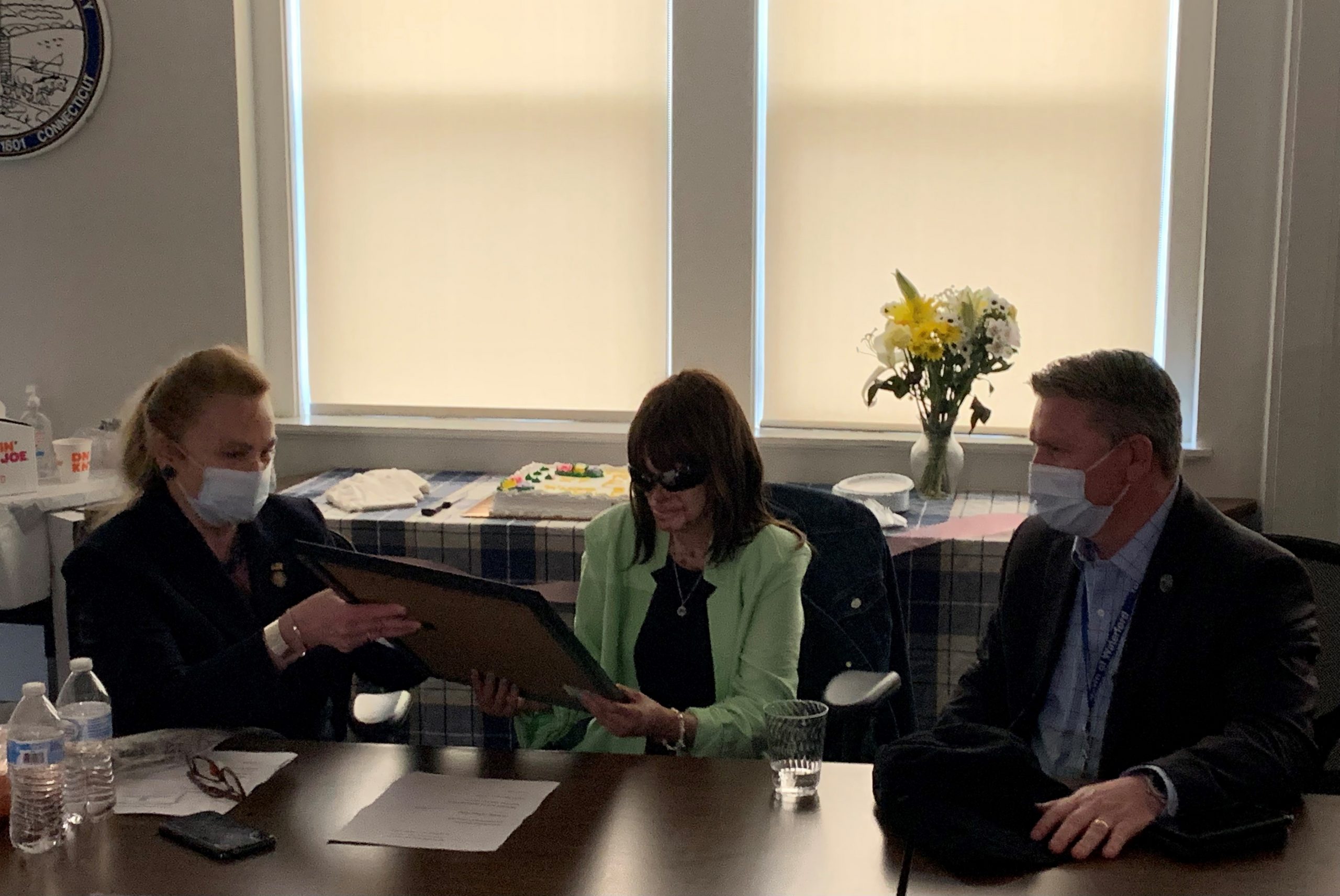 During an event at Town Hall Friday evening, Waterford’s Fatima Perez was recognized for her unwavering support and advocacy that was instrumental in making May 13th Xeroderma Pigmentosum Awareness Day in Connecticut.

Xeroderma Pigmentosum is a rare, inherited genetic disorder characterized by an extreme sensitivity to ultraviolet rays of the sun. State Rep. McCarty introduced the original legislation during the 2021 session after being made aware of the disease by Ms. Perez.  Through her tireless efforts and interest in educating others about XP, Ms. Perez became the Founder and President of XP Groupo Luz de Esperanza, an international support group and informational website that she directs from her Waterford home. 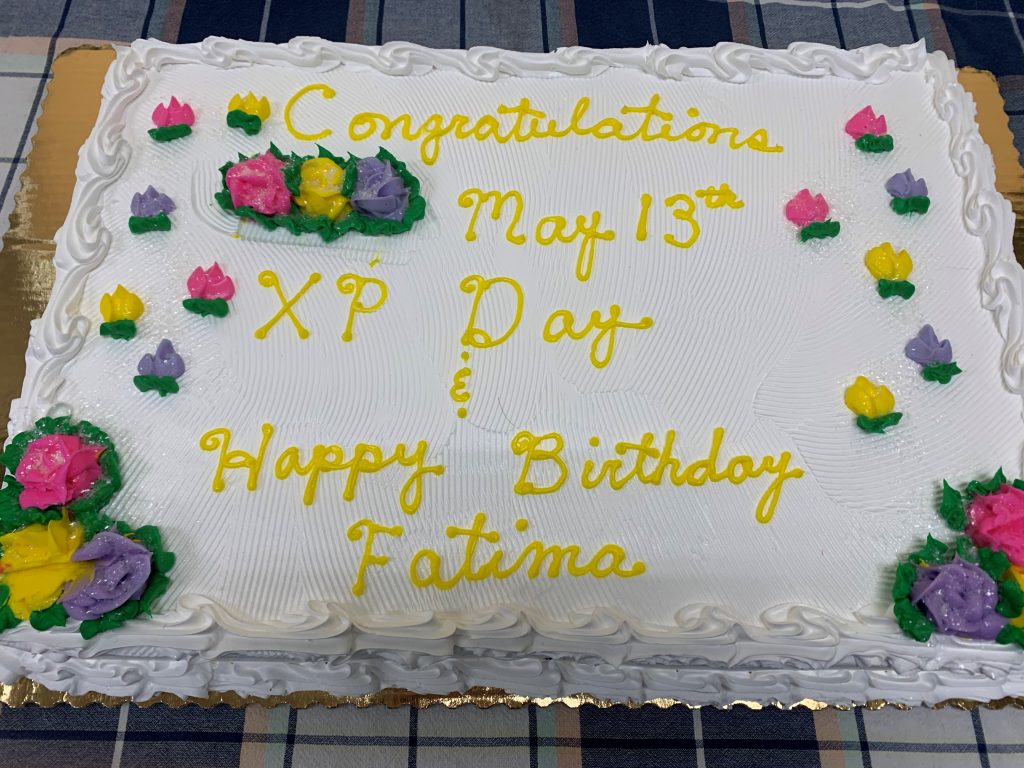 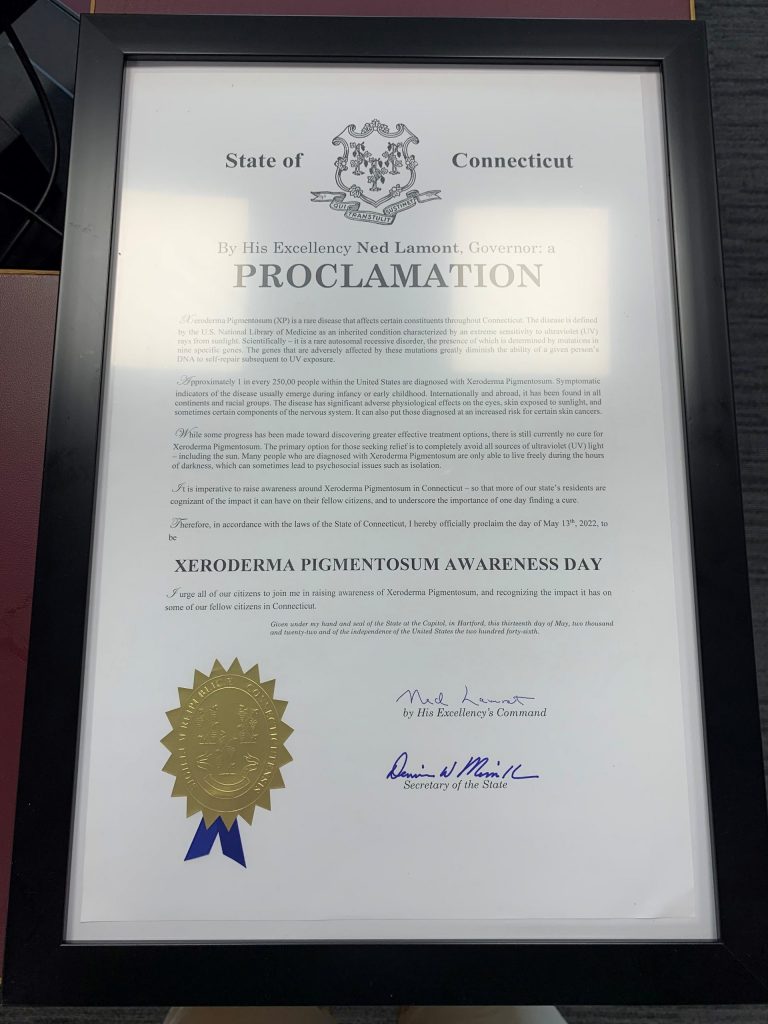