In Light of EEE Deaths, Coalition of Senators and Representatives Ask Governor to Study Spraying Pesticides in Heavily Impacted Areas 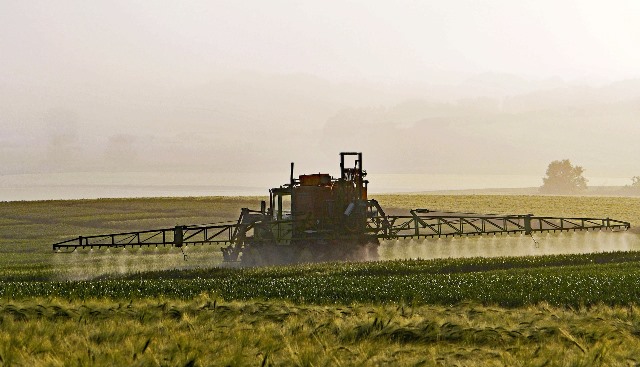 HARTFORD – Today, in light of continuing concerns over the spread of the virus Eastern Equine Encephalitis, a coalition of legislators led by State Senators Norm Needleman (D-Essex) and  Paul Formica (R-East Lyme) addressed a letter to Governor Ned Lamont, requesting for his administration to review and consider selective use of mosquito pesticides in areas with high EEE activity. This week, a second Shoreline resident passed away after contracting EEE; the elected officials believe more could be done to protect the public before the threat fully subsides.

“I am heartened by this bipartisan effort to help protect Connecticut residents,” said Sen. Needleman. “While we are grateful for the efforts the Governor’s administration has taken to address this crisis, we believe that selective use of pesticides within reason could help prevent future infections among the public. With weeks until the first frost, it’s not enough to simply ask people to stay indoors. If this effort could save even a single life, especially in our more vulnerable populations, it would be worthwhile.”

Recognizing the administration’s efforts so far to inform and educate the public about the virus, including releasing information about preventing exposure to the disease, the lawmakers feel the recent fatalities make a more urgent response necessary. While the threat will subside naturally upon the approach of the first frost, officials note that statewide low temperatures are not likely to drop below 40 degrees through mid-October, leaving individuals at risk.

Citing a Hartford Courant article noting the state previously sprayed during a concerning outbreak in 1996, the officials asked Governor Lamont to review the potential effectiveness of the Department of Energy and Environmental Protection using aerial insecticide to reduce mosquito populations. At the same time, legislators recognize that they do not wish to create unnecessary panic, simply stating that if such an effort saves a single life, it would be worth undertaking.

The text of the full letter follows:

We are appreciative of your administration’s efforts to far to inform and educate the public about the dangers of Eastern Equine Encephalitis and how they can best protect themselves from mosquitos. The virus itself, while normally rare, appears to be spreading at a faster and further rate than normally seen; being cautious and letting our state’s residents know what practices to avoid is a key step toward preventing its further spread.

While we recognize that prevention is an important step of keeping the public safe, we are also concerned about the volatility of the virus. With two constituents on the Shoreline having already passed away after contracting EEE, we feel that it may not be enough to simply advise the public to avoid times when mosquitos are most active. Weather reports indicate that statewide low temperatures are not expected to drop below 40 degrees through at least the next two weeks; waiting for a first frost to naturally kill mosquitos is a luxury we may not be able to afford. In that time, more individuals will be at risk of contracting the virus.

We hearby would like to request that the Department of Energy and Environmental Protection review the potential effectiveness of selective aerial insecticide spraying in areas of the state with high concentrations of EEE. According to the Hartford Courant, in 1996, the last time the state experienced a significant outbreak of the virus, aerial spraying was deployed in impacted regions of the state. With several weeks remaining until the outbreak will naturally end, we believe this spraying would give additional peace of mind to families across Connecticut.

In saying this, we recognize that we do not wish to cause unnecessary panic. The risk of EEE remains low and we understand that numbers are declining. At the same time, if further prevention efforts can save even one more life or prevent even one individual from becoming sick, we believe they would be valuable and worthwhile. Every one of our constituents deserves security in light of this public health risk.