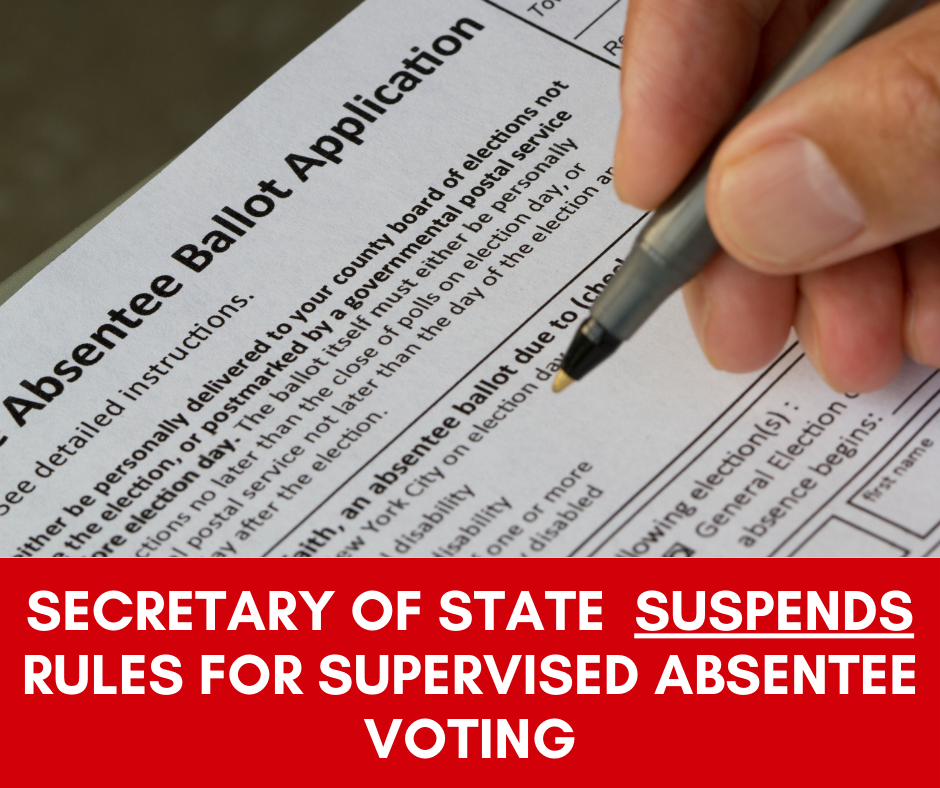 “When Governor Lamont renewed his public health emergency declaration last month he claimed he had no intention of using his renewed state of emergency for anything other than securing federal funds. Today, we see that was completely false. The Secretary of the State’s Office – led by an appointee handpicked by the Governor – is using Gov. Lamont’s public health emergency declaration to suspend state rules regarding absentee balloting for a specific population of voters across the state.”

Sampson, Mastrofrancesco, Kelly and Candelora added: “This action directly conflicts with Governor Lamont’s public justification for again extending the state’s public health emergency. The Governor’s appointee, not even an elected official, is suspending rules related to voting access in our state using the public health emergency declaration that Gov. Lamont installed without input or consultation from the legislature. These are practices and safeguards otherwise regulated by our constitution. But now, state bureaucrats are taking it upon themselves without public input and without legislative approval to change election rules under powers Gov. Lamont as a sole individual extended to them. Although the Secretary of the State is within the letter of law, the spirit of the 2021 revision allowing this envisioned another pandemic or true emergency; not one in which the Governor declared an emergency merely to receive federal funds.

“If Governor Lamont only intended to extend the public health emergency to secure federal funds, then he must immediately instruct the Secretary of the State’s Office and his appointee to abide by all rules, regulations, and procedures guided by our constitution to protect voters’ rights and prevent voter disenfranchisement. We are calling on Gov. Lamont to stay true to his word and stop using emergency powers to circumvent established election procedures.”