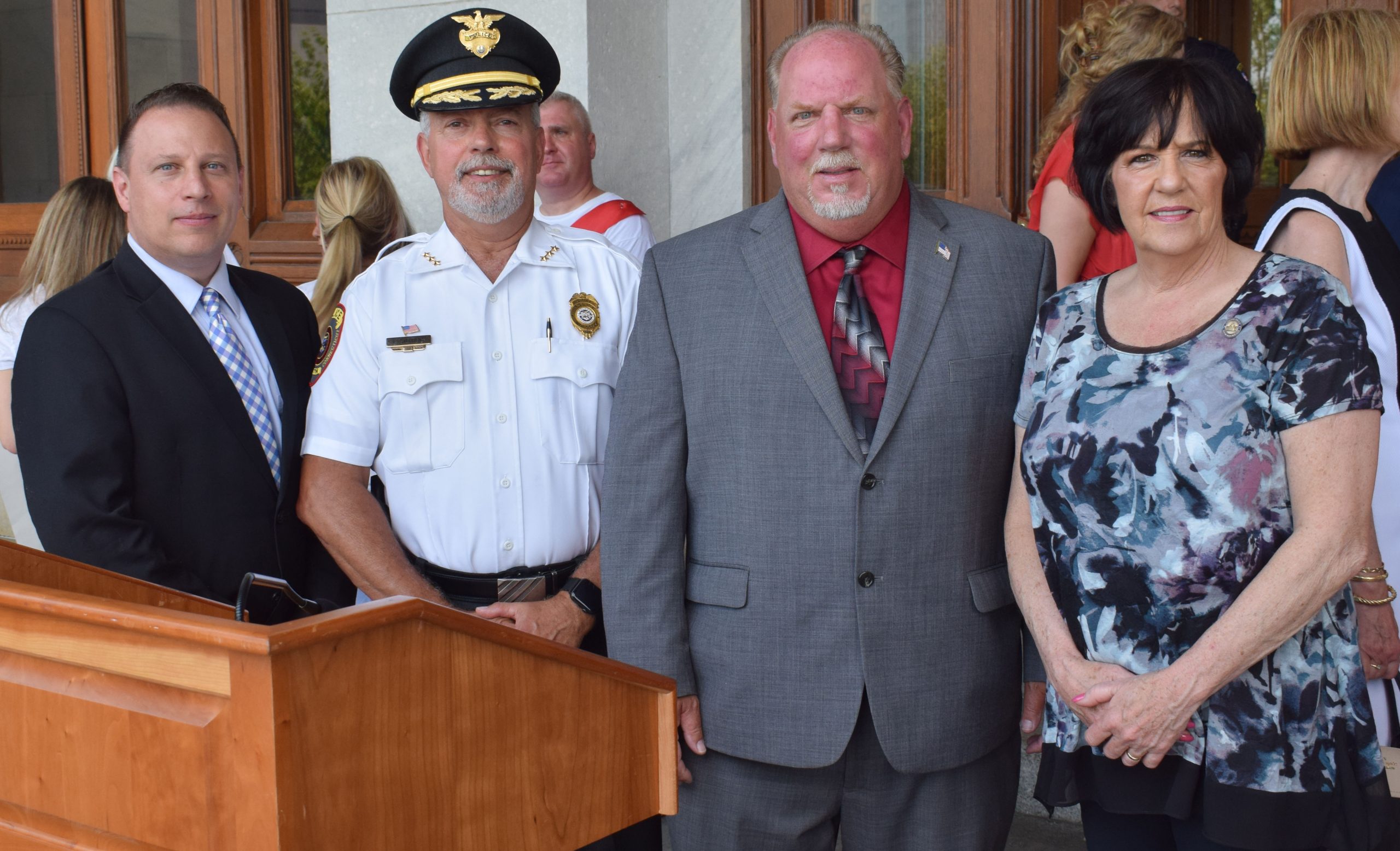 State Rep. Gale Mastrofrancesco and State Senator Rob Sampson joined House Republicans on Wednesday, July 7, 2021, in calling for immediate legislative action on the juvenile crime crisis that has gripped communities throughout the state, officially launching a petition effort to bring all state lawmakers into session to implement reforms.

“I’m glad that the Wolcott Police Chief Edward Stephens and Wolcott Mayor Tom Dunn joined us at the news conference to offer key insight into the current challenges of keeping our community safe without the ability to hold juveniles who commit crimes accountable for their actions,” said Rep. Mastrofrancesco. “Wolcott was directly impacted on June 28, 2021, when the Rietdyke Senior Center located on 211 Nichols Road was destroyed, burglarized, and vandalized – resulting in thousands of dollars of damage. The two individuals broke into the senior center and then fled the scene, stole a vehicle, struck two other vehicles after police arrived and spotted them, and eventually crashed the stolen vehicle into a telephone pole. Teenagers are committing crimes knowing that they will be released, so they become emboldened criminals as a result of a broken juvenile justice system.”

“This loophole in the law must be closed, it’s gone too far,” added Rep. Mastrofrancesco. “Our police officers and judicial system must be able to keep our communities safe and right now this law is preventing them from doing that. People should not have to feel unsafe in their own driveway, while jogging on the sidewalk, or fear losing their life to senseless crimes that can be avoided with accountability and consequences.” 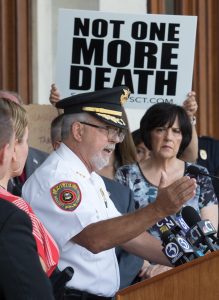 Rep. Mastrofrancesco and Sen. Sampson were among the more than 40 legislators who attended a news conference at the capitol, where they were joined by chief elected officials and top law enforcement officials from New Britain and Wolcott—the sites of crimes last week that intensified the spotlight on the state’s juvenile justice system. The crime in New Britain, where a 53-year-old pedestrian was killed when he was struck by a stolen vehicle, raised alarm statewide when it was revealed that a 17-year-old charged in connection with the crime had been arrested 13 times in less than four years.

In their call for action Wednesday, the Wolcott legislators and House Republicans say the General Assembly must enact legislation concerning juveniles who are repeat felony offenders. Among the concepts they say should be considered are:

– Allowing courts to order investigations of family circumstances of repeat offenders, authorizing post-arrest detention if such juveniles are deemed to be risks to public safety;

– Eliminating the six-hour limit on detaining such juveniles without a court order;

– Requiring courts to electronically monitor juveniles charged with stealing a car while they are awaiting trial for car theft until criminal proceedings are resolved.