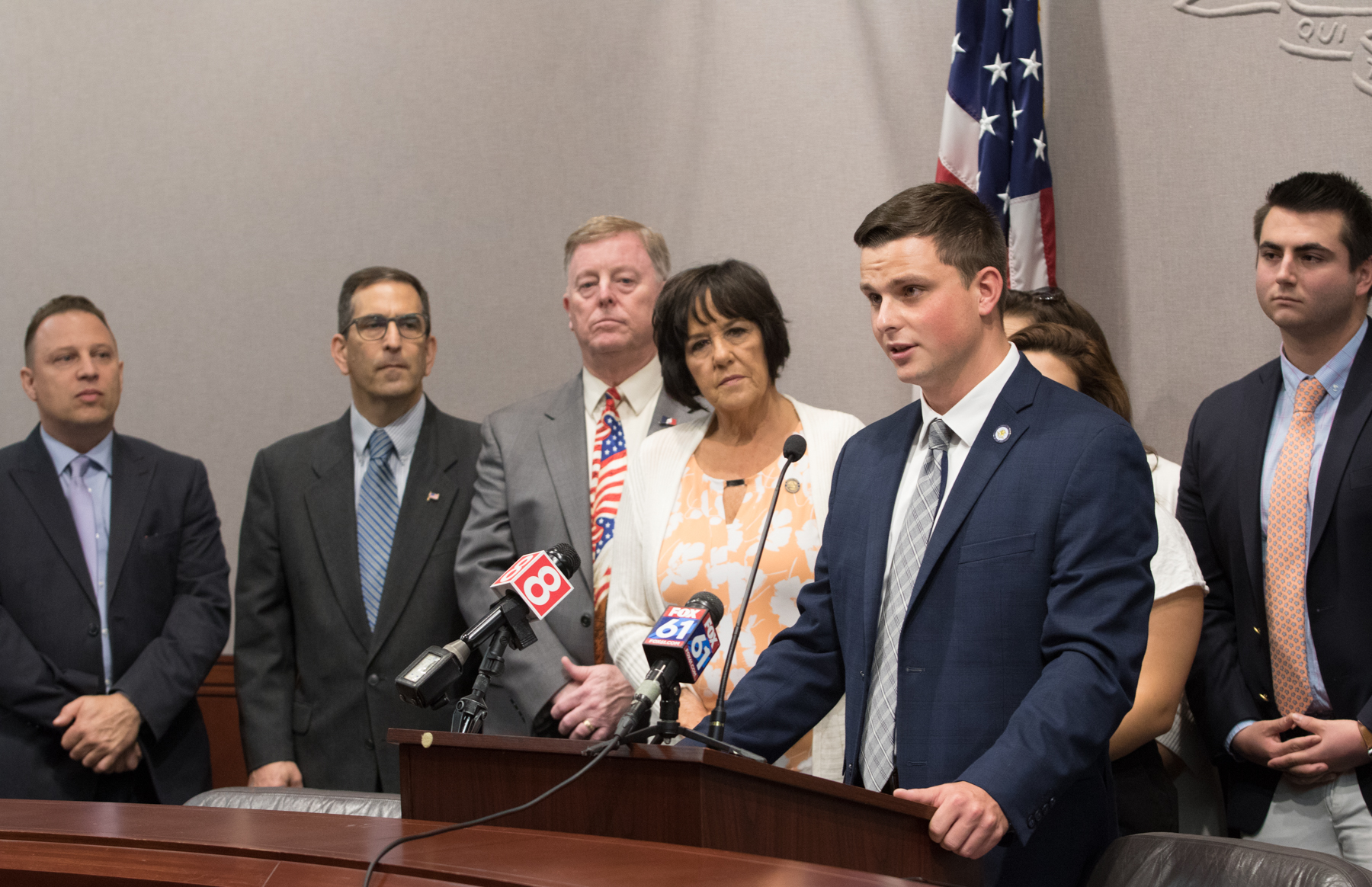 HARTFORD – State Rep. Gale Mastrofrancesco (R-80) and the Conservative Caucus today joined the Connecticut Federation of College Republicans in calling on Connecticut colleges and universities to include political free speech in their anti-discrimination policies.

During a mid-day press conference at the Legislative Office Building, Connecticut Federation of College Republicans Chairman Timothy Anop announced the launch of the “Take Back the First” initiative to encourage universities across the state to incorporate political ideology as a protected class in their school policies, and to prohibit discrimination, retribution and harassment of students based on their political beliefs. 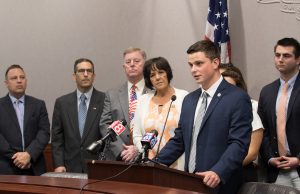 Citing a recent spike in intimidation and threats to college students with traditional conservative views, Anop encouraged Connecticut colleges and universities to update their anti-discrimination policies to fully protect student free speech rights. He said that all 29 Connecticut colleges and universities protect diversity related to race, religion, national origin, gender and sexual orientation, yet only seven of those 29 provide any protections for diversity of political thought.

“Colleges and universities, especially those that emphasize liberal arts education, should encourage the free expression and exchange of ideas, not look for ways to limit or eliminate views that don’t perfectly align with another group’s opinion,” Rep. Mike France (R-42), Chairman of the Conservative Caucus, said. “It’s frightening to hear that political discussions and ideas are being throttled, especially on college campuses where freedom of speech, expression and ideas should be sacrosanct. Providing individual protections to include political speech is a natural extension of the First Amendment and was so important to our nation that the founders prominently placed it at the very top of the list.”

During the “Take Back the First” launch event, one speaker, Nick Engstrom, recounted the institutional discrimination, intimidation and outright threats he suffered at Trinity College simply for expressing his desire to study the history of Western Civilization. He told the assembled press that he was called horrible names, trolled and harassed online, and had flyers attacking him posted around campus for the “sin” of disagreeing with the leftist dogma prevalent on college campuses today. One of his own professors even publically berated him because he is a Republican with the audacity to support the President of the United States. These types of attacks are a direct attempt to restrict his right to speak freely and without fear of persecution and retribution from college professors and campus leaders.

“No institution of higher learning should initiate, encourage or allow discrimination against students who hold political views different from the activists who seek to silence everyone who does not agree with them. Connecticut is supposed to be the Constitution State where the freedom of speech, especially political speech, should be cherished and defended above almost all else.” Rep. Doug Dubitsky (R-47), said. “The very foundation of our free society will be undermined if we allow our colleges and universities to silence honest, open and engaging discussions from different perspectives.”