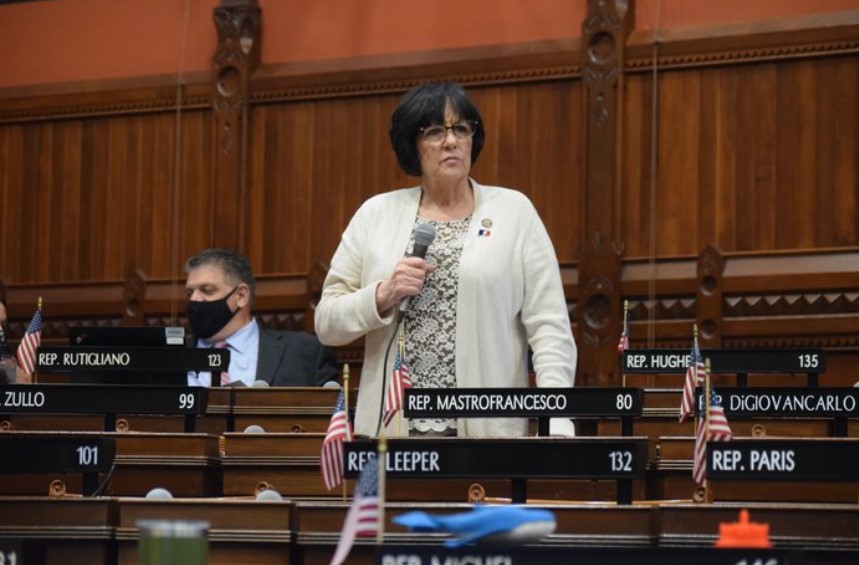 With this legislative session coming to an end on June 9th, it appears that legislative leaders will continue to keep the Capitol closed to the public, despite the statewide lifting of business restrictions, and the governor ordering state government staff back to their offices.

Last week, the House of Representative was in session four days and deliberated several bills; the most significant of these concerned voting, zoning and gambling. I’d like to provide you with an update on the latest bill proposals brought before the House floor and their status after debate.

The House voted in favor of a Resolution Proposing A State Constitutional Amendment To Allow No-Excuse Absentee Voting.

The process could have been hastened with a 75 percent majority, but unfortunately all of the amendments proposed by Republicans that sought to improve safeguards in order to protect the integrity of our elections failed along party lines.

The major amendments we proposed included:

According to the National Conference of State Legislatures (NCSL), “a total of 36 states have laws requesting or requiring voters to show some form of identification at the polls.”

The bill passed 104-44 and will now move onto the Senate for further action. If it passes the Senate, it can be voted on again by a second legislative group in 2023. If it passes again it would go on the ballot for 2024. 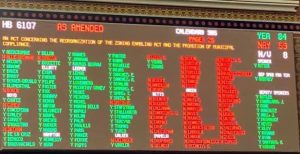 Last Thursday, the House voted on HB-6107, An Act Concerning the Reorganization of the Zoning Enabling Act and the Promotion of Municipal Compliance.

This bill is the first step in removing local zoning control. Rather than leaving these decisions up to each municipality, it takes a one size fits all approach to address local zoning issues. The bill passed the House by a 84-59 margin. In addition, the bill contains a requirement that towns and cities allow accessory apartments (i.e. in-law apartments) “as a right.” This means local zoning regulations could not prohibit their construction.

My Republican colleagues and I fought for the inclusion of an opt-out provision for these accessory apartments and parking requirements. This allows municipalities to opt-out of this requirement with a 2/3 vote from the Planning & Zoning Commission and from the legislative body of the municipality.

While we all support affordable housing and efforts to increase it throughout our state, our individual towns and local commissions who know the character and make up of them are better equipped to finding ways to address this issue than lawmakers in Hartford. 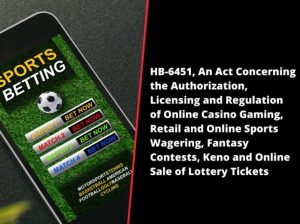 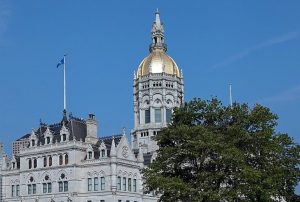 Governor Lamont’s ‘Back to Work CT’ initiative is offering $1,000 “signing bonuses” to the first 10,000 residents who return to work after having been previously unemployed between 8 to 12 weeks. According to the governor, Connecticut currently has 65,000 job openings.

As of yet, 23 states have chosen to opt out of the $300/week in supplemental unemployment benefits, all of which will be opting out by the end of June. 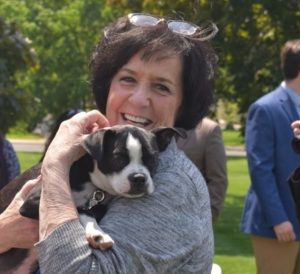 As always, please do not hesitate to contact me with any questions or concerns pertaining to state government. I can be reached by email at Gale.Mastrofrancesco@housegop.ct.gov or by phone at (800) 842-1423. You can also follow my legislative activity by visiting my website at www.repmastrofrancesco.com or my Facebook page at www.facebook.com/repgale.