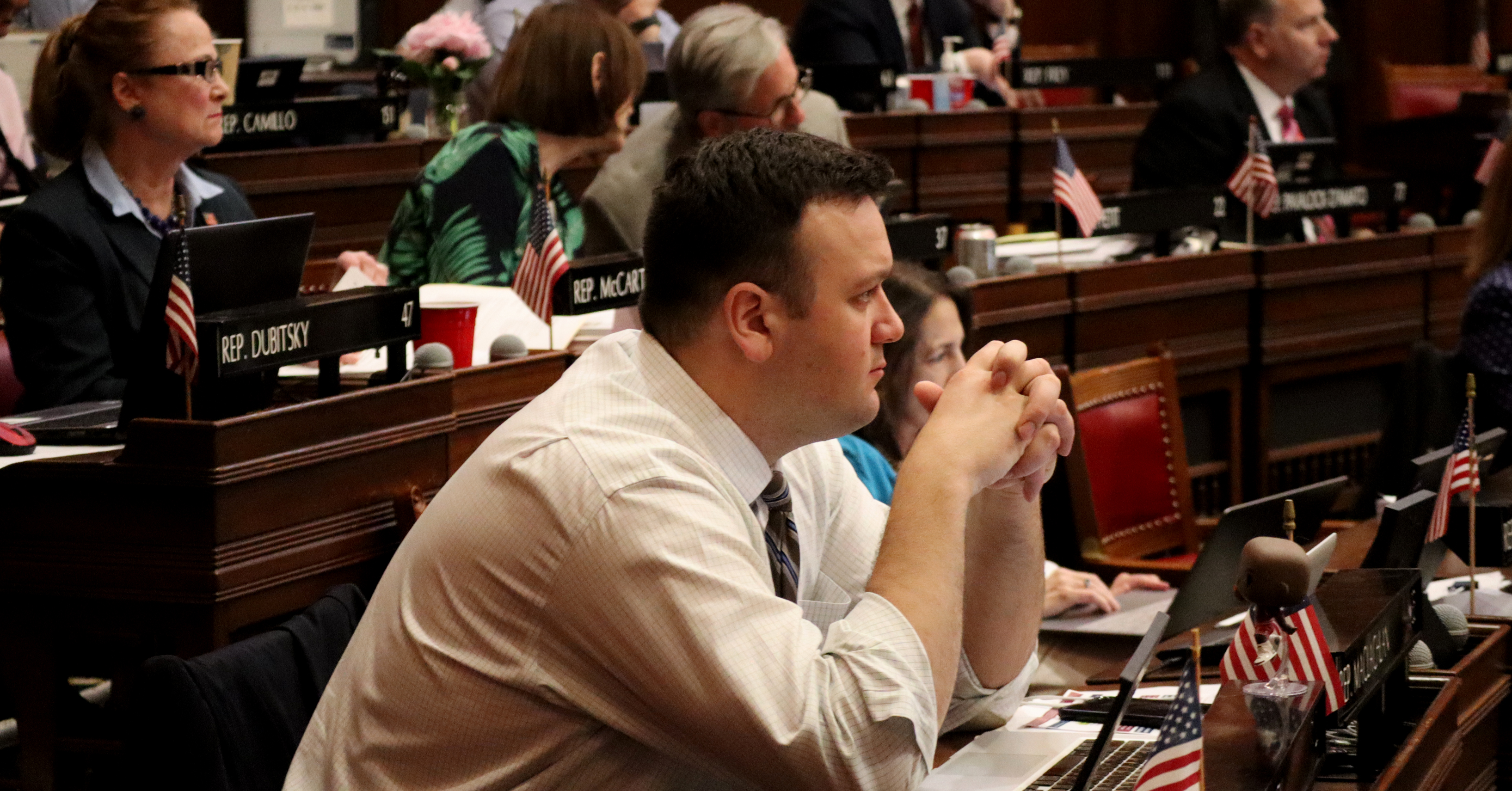 HARTFORD – State Representative Jesse MacLachlan voted against a two-year state budget that will increase taxes by nearly $2 billion dollars and spending by a $1 billion dollars.

“I understand that no budget is perfect, but this one misses the mark with more taxes and more spending,” said Rep. MacLachlan.

Rep. MacLachlan continued, “This budget is bad for small businesses, grows state government, and makes little effort to reign in spending the way every Connecticut family does when budgets are tight. I was hopeful that the new Administration would make bold changes, but this is more of the same.”

The budget expands the sales tax to include new services and fee on things like dry cleaners and digital downloads. In addition, the budget creates a new tax on restaurants, plastic bags, and will force LLC’s to pay more in income taxes.

Rep. MacLachlan said he was proud that Republicans offered amendments to fix the budget, but was disappointed to see each amendment voted down mainly along party lines.

• Preserve the property tax credits businesses receive operating as LLCs.
• Block the re-financing of the teachers’ pension fund that will cost the next generation of taxpayers $27 billion more because the payments will be stretched out for an additional 14 years;
• Block the diversion of $171 million over the next two years in new car sales revenue from the STF to the general fund.

Republicans also proposed increasing aid to towns and cities and an omnibus pro-business plan that would be paid for through spending cuts and savings in government programs.

The pro-business amendment had several provisions:
• Repeal the business entity tax;
• Phase out the capital stock tax;
• The alternative family leave plan that would be optional and not a mandatory payroll tax.