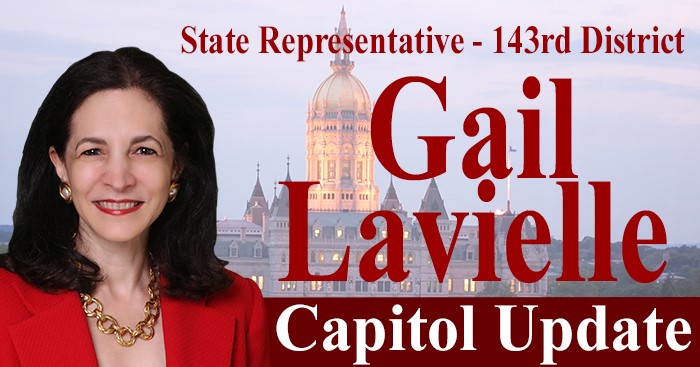 A number of new laws and tax increases became effective last week. The new laws include measures addressing the opioid epidemic, the use of vaping and tobacco products among young people, school security, and tax relief for seniors.

A complete list of acts effective as of October 1, 2019 is posted on the Connecticut General Assembly website.

The new taxes cover a broad swath of goods and services that will affect people with all levels of income. Most became law through the passage of HB 7424, the 2020-2021 state budget bill, which I did not support. A partial list of the tax changes enacted during the 2019 regular session, with further detail, is available on the CT Department of Revenue Services (DRS) website.

This tax change, which does not appear in the DRS summary list, is an increased tax rate that many people will now be paying every day, although it has not received much media coverage. The tax on downloaded digital goods has increased from 1% to 6.35%.

This new charge also does not appear in the summary list on the DRS website, but I think you should know about it. From now on, if you trade in your vehicle for a new one, you will have to pay an additional $65.

Perhaps the most controversial tax change in this year’s budget bill concerned prepared foods. Because there were significant disagreements about how this provision of the bill should be interpreted, it was covered extensively by the media. At one juncture, politics, always an unwelcome force in efforts to accomplish anything constructive, came into play, and the situation may have been difficult to follow. A resolution has finally been reached, but I don’t believe it’s sufficient, and I’ll explain why. Here is what happened.

Majority legislators included a 1% tax increase – from 6.35% to 7.35% — on prepared meals in their budget this year. Almost every House and Senate Democrat, with a few rare exceptions (see links), supported this budget, as well as the tax and fee increases it included.

In Connecticut, after a tax change becomes law, the Department of Revenue Services (DRS), must interpret it in a policy statement, based on the language in the new law. The DRS policy statement, issued in July, indicated that the law not only increased by 1% the tax on items already taxed as prepared meals, but also expanded the 7.35% tax to a long list of items sold in grocery stores that had never been taxed before.

While those legislators who had voted for the budget did not question the DRS policy statement, House and Senate Republicans made a concerted effort to bring it to the public’s attention. They also submitted a petition, which I signed, calling for a special session to clarify the statutory language. The public outcry in response to the expansion of the tax was instant and widespread. Suddenly, legislators who voted for the budget began to insist that they had never supported the expansion, even though they had not questioned the DRS interpretation.

Ultimately, Governor Lamont, to his credit, asked DRS to narrow the scope of the tax change to include only the 1% increased rate for those items already previously taxed. DRS revoked its July statement, and replaced it with one that followed the governor’s request.

While this is an improvement, I believe that changing the language of the statute is still essential. Regardless of what the original intention of the bill was, the language led the DRS to interpret it in a very broad way. There is no assurance that a future administration, with a new DRS commissioner, would not return to the notion of an expanded interpretation of “prepared meals”. Changing the language either now, in a special session, or at least in the 2020 regular session, is the only way to ensure that taxpayers are protected for the future.

Many of us in my caucus had been introducing legislation requiring this reform for years. We were finally able to get it passed in 2017 because the balance in the legislature was so close that the majority had to allow certain Republican initiatives to pass. This important measure for retirees was one of them.

You may not know about another advantageous measure for retirees that we passed in 2017: a six-year phase-out, beginning this year, of the state income tax on pension and annuity income for those whose federal Adjusted Gross Income (AGI) is below certain levels. These are $75,000/year for individuals and $100,000/year for couples. For 2019, taxpayers whose income is below these thresholds may deduct 14% of their pension and annuity income when calculating their AGI, and that percentage will increase every year until 2025, when it will reach 100%.

You can find more details on changes in taxes on retirement income in this document from the Office of Legislative Research, which also provides the phase-in schedule.

As always, please don’t hesitate to contact me if you have questions, comments or concerns about new laws, taxes, or any state government issue. I’m always happy to hear from you.