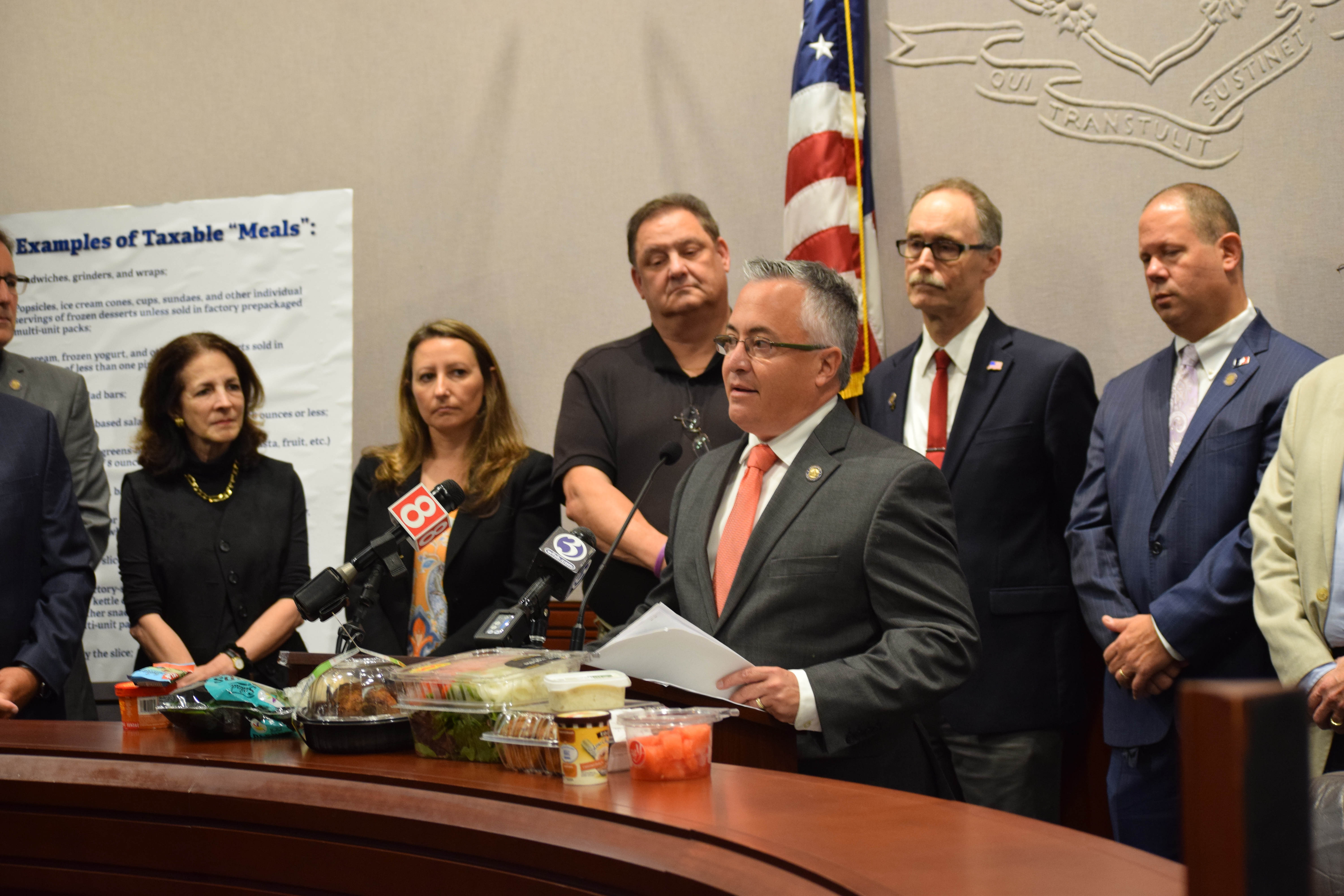 HARTFORD – A policy statement released last week by the state Department of Revenue Services (DRS) explained how the new 7.35% “meals” tax included in the 2020-21 budget passed by majority Democratic legislators will be applied to a long list of food items that have never been taxed before when sold in grocery stores. State Representative Gail Lavielle (R-Wilton), Ranking Member of the legislature’s Appropriations Committee, called the tax a “surreptitious, backdoor way” into taxing food items that unsuspecting residents had expected to remain exempt from this year’s new state tax laws.

On June 3, when majority Democratic legislators passed the 2020-21 state budget, they included a change in taxes on prepared meals. At the time, they labeled it as a 1% tax increase on items already taxed at 6.35%, including all food items sold by restaurants and eating establishments. Now the DRS statement has clarified that the new 7.35% tax will also apply to many food items that have always been exempt from taxes when sold in supermarkets and grocery stores.

The tax will apply to not only prepared meals such as sandwiches, deli salads, pizza, rotisserie chickens, and hot buffet items, but also to containers of lettuce, small packages of snacks, loose baked goods, wrapped salads, small servings of ice cream, and meal replacement bars. It also applies to fountain drinks including coffee and any beverage sold with a taxable “meal”.

“Back in February, Governor Lamont fielded the idea of expanding the sales tax to groceries, but due to a massive public outcry, he reconsidered. Now we know that, in the end, majority Democrats accomplished much of what the governor had been attempting to do all along, just more discretely,” Rep. Lavielle said. “If you thought that most of what you were buying at the grocery store was not considered a prepared meal, think again. From October 1, you’ll likely see a noticeable increase in your grocery bills. People like seniors on fixed incomes, students with limited budgets, those who work long hours and often buy food to go, and those living alone who buy food items in small quantities will be hit especially hard. Next time you visit your neighborhood supermarket looking for a quick, economical meal after a long day at work, beware the grocery tax in disguise.”

Following are excerpts from the recent policy statement issued by the Department of Revenue Services.

DRS Examples of Taxable “Meals” (taxed at 7.35% in eating establishments AND grocery stores):

DRS Examples of Taxable Drinks (taxed at 7.35% in eating establishments AND grocery stores):