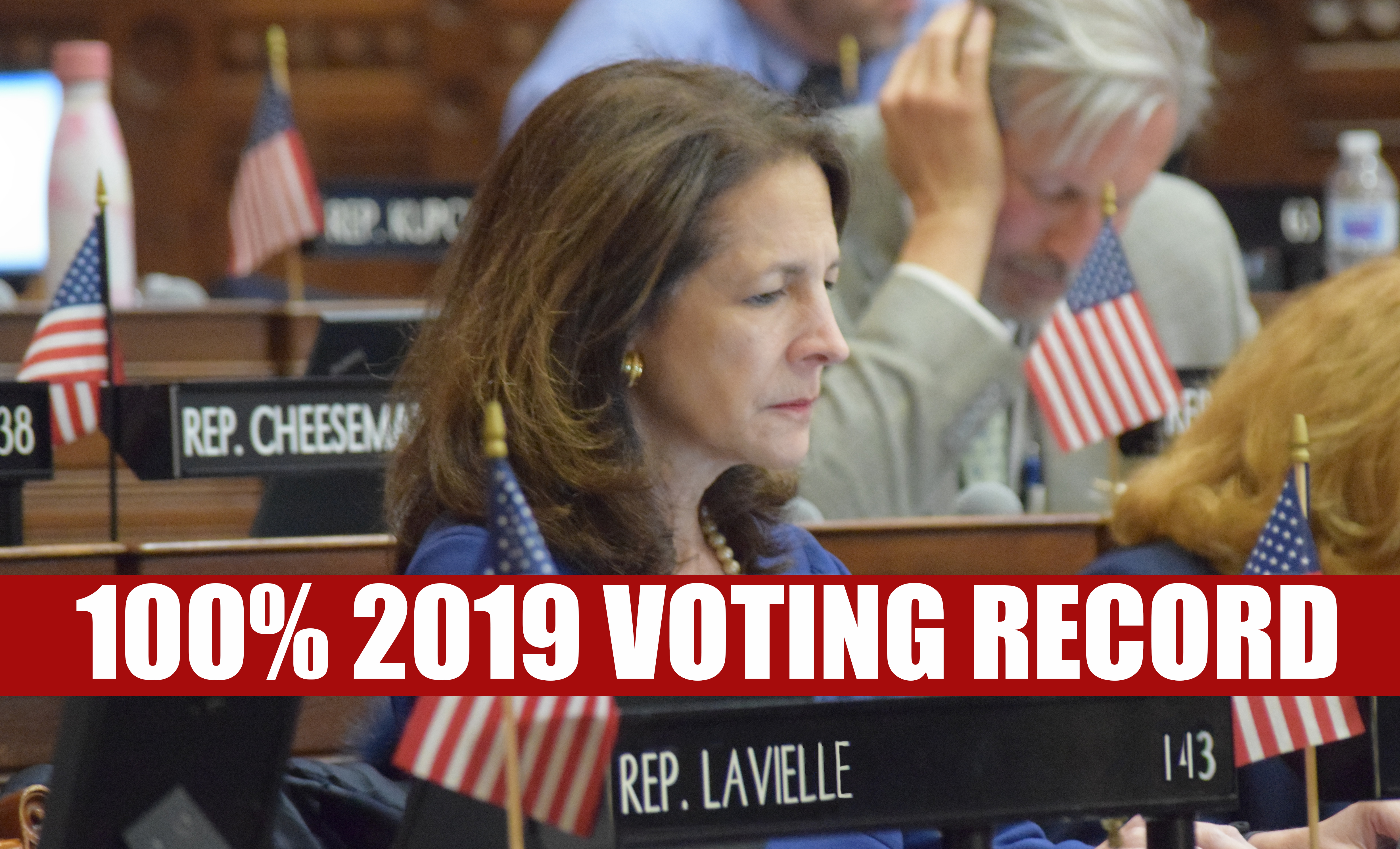 HARTFORD – State Representative Gail Lavielle (R-Wilton), an Assistant House Republican Leader, achieved a 100 percent voting record for the 2019 Regular Session. According to the data released by the House Clerk’s office, she cast every one of the 388 roll call votes called in the House.

“I am pleased to have earned a 100% voting record for the 2019 regular legislative session. Every vote in the legislature is important, and my constituents expect me to be present for each one. Representing them in Hartford is a great responsibility and a distinct privilege, and I am grateful to them for placing their trust in me,” Rep. Lavielle said.

“Connecticut’s economy is lagging behind not only the rest of the country, but also the economies of its neighboring states. We can’t change that without growing our tax base by attracting and keeping businesses here. Unfortunately, during this session, the legislative majority seemed determined to do exactly the opposite. The state budget bill raised taxes on small business owners by $50 million; the increase in the minimum wage to $15 was approved with no analysis of the level that would be appropriate for Connecticut or of the ability of small businesses to sustain it; and the numerous expensive public-sector union contracts approved this year by the legislative majority will continue to put enormous pressure on state finances. Many of my constituents were concerned about the consequences of these anti-business initiatives, and I was proud to be on the floor for each vote and to speak on their behalf.”

During the session, votes approving 12 union arbitration awards and contracts provided wage increases and various benefits to public-sector workers, incurring for the state more than $90 million in new costs and about $40 million in ongoing annual costs. As Ranking Member of the Appropriations Committee, Rep. Lavielle led the floor debates in urging members of the House to reconsider these compensation packages and their contribution to Connecticut’s outsized and growing unfunded retirement liabilities. She also argued the inappropriateness of asking the general public to pay for costly wage increases and benefits that are unavailable to those not employed by the state.

For an overview of legislation passed this year, visit the Office of Legislative Research website: https://www.cga.ct.gov/2019/rpt/pdf/2019-R-0120.pdf.

The legislature’s next regular session will convene in February 2020.

Anyone with questions, ideas or concerns about state-related issues may contact Representative Lavielle’s office at Gail.Lavielle@housegop.ct.gov or 860-240-8700.