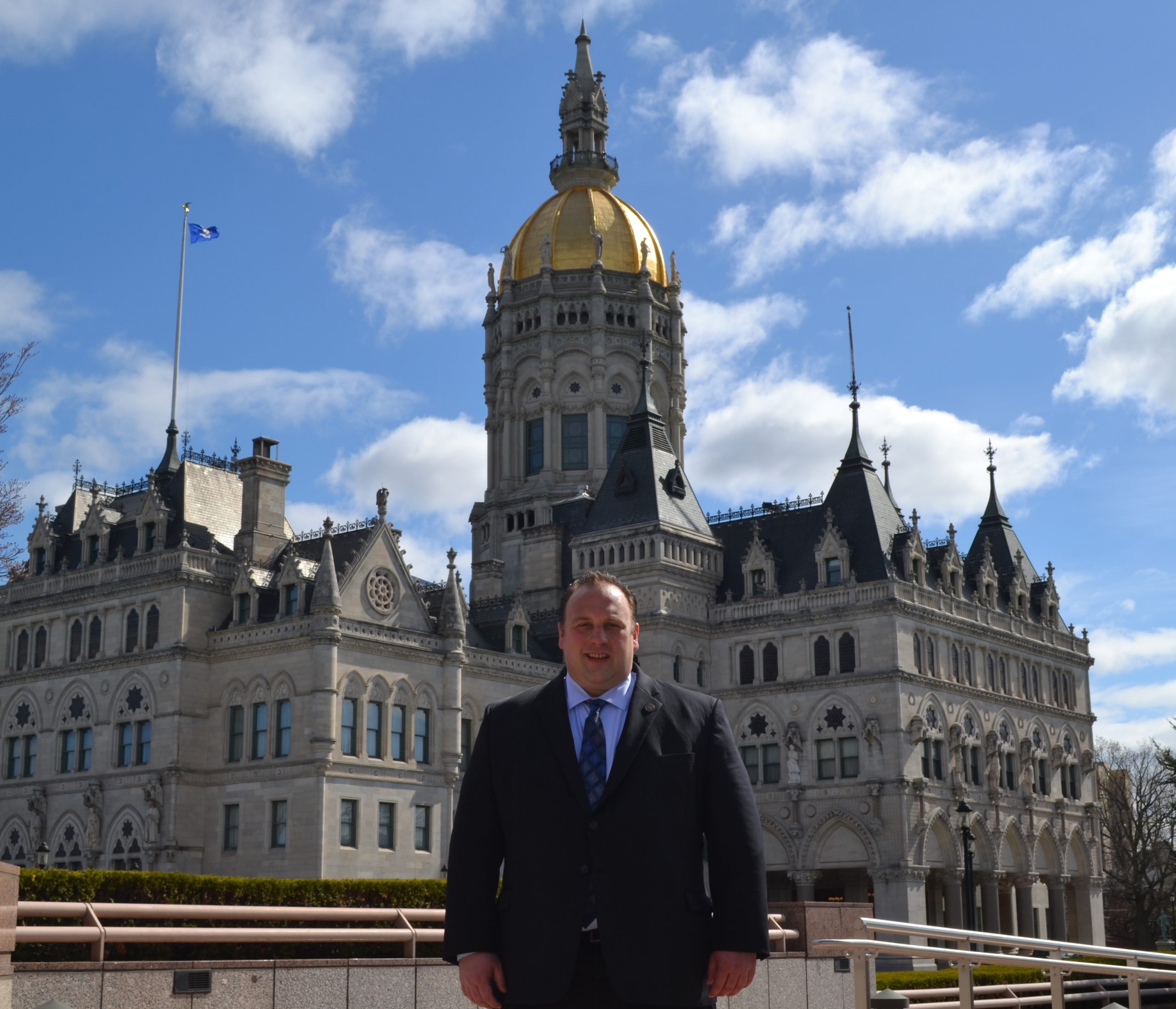 HARTFORD- State Representative Brian Lanoue (R-45th), is proud to announce that the CRISIS Pilot Program Initiative, a House Republican Caucus proposal, has been expanded into Northeastern Connecticut. The program will be expanded into the towns covered in the Connecticut State Police Troop D region, this expansion will now encompass all of the 45th Assembly District which includes the towns of Griswold, Lisbon, Plainfield, Sterling, and Voluntown. The expansion of CRISIS across eastern Connecticut has been a top legislative priority of Rep. Lanoue since his first year in the Legislature and his determination to expand this program has been key in the proposal’s success.

The bill, first introduced by Representative Lanoue in 2019, aims to combat the opioid crisis and mental illness by expanding the successful CRISIS pilot program. Under the original legislation, CRISIS, which is currently in the Connecticut State Police Troop E jurisdiction, functions as a collaborative effort between both state and local law enforcement, mental health professionals, and community partners to provide individuals battling addiction with treatment options. In 2020, the bill was taken up as a House Republican proposal before the session was cut short in March due to the COVID-19 pandemic. The present legislation will also establish a task force to make recommendations to the legislature to expand the program throughout Connecticut. The program will provide law enforcement with de-escalation training tactics for opioid, substance abuse, and mental health-related incidents and will embed a licensed mental health clinician into the Troop jurisdiction whose duties will include responding to calls and conduct follow-up assessments.

Combatting the opioid crisis has been a long battle for law enforcement professionals, and over the past year, it has become increasingly challenging. With a growing opioid epidemic and associated mental health issues after shutdowns, business closures, and isolation; CRISIS is a tested and effective program to help those who need it most.

Miranda Mahoney is the Project Coordinator for Griswold Pride, an organization that helps create a safe, drug-free environment by preventing substance abuse, has been a long-time advocate of CRISIS. “The expansion of the CRISIS Initiative to northeastern CT brings a much-needed resource to that area. It is a multi-pronged, comprehensive approach that brings help and support to individuals who need it most by the people who see them at their lowest, the police,” said Miranda Mahoney. “We have been fortunate to be a part of this program since the beginning and look forward to witnessing the benefits of the program be shared to our neighbors in the north. Programs like this change the culture of law enforcement and most importantly, shatter the stigma of substance use disorders and mental health crises, making it easier for people to get the help they need.”

“CRISIS has proven to be a model of excellence in the battle against the opioid epidemic and mental health disorders by bringing together our police, mental health professionals and community partners. I am thrilled to that CRISIS is getting expanded into Northeastern Connecticut and the establishment of the Task Force, that will include Griswold Pride, that will be tasked with looking to expand CRISIS throughout the rest of the state. I want to thank House Republican Leader Vincent Candelora, Deputy Leader Jason Perillo and the entire Republican Caucus Team who rallied together to get this important initiative across the finish line,” said State Representative Lanoue.