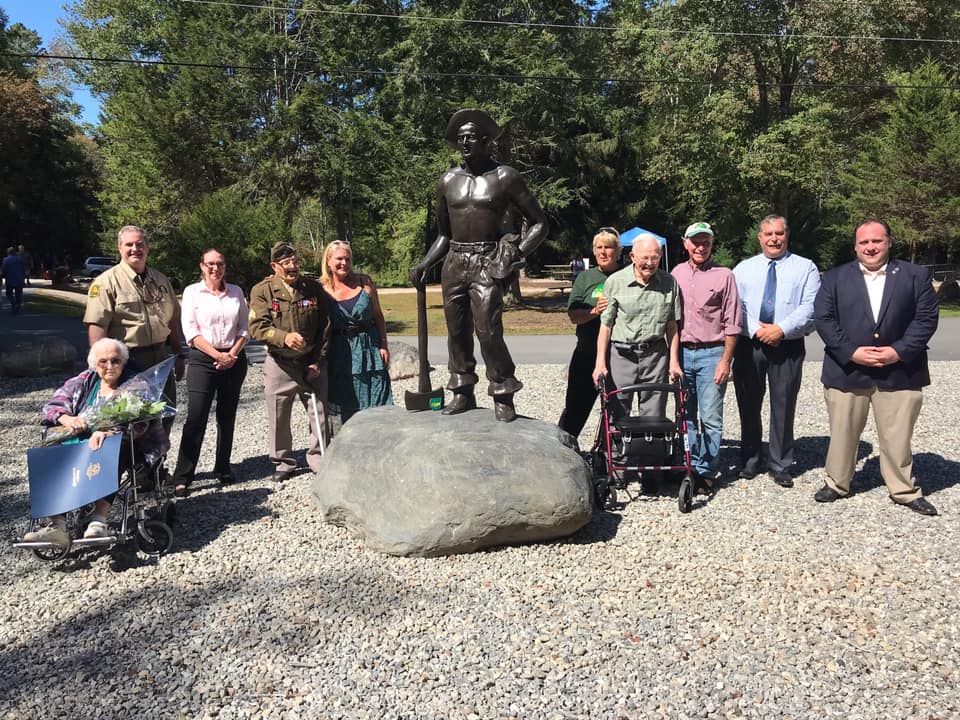 I was honored to be invited to participate in the unveiling and dedication of the Civilian Conversation Corps (CCC) Statue at the CCC Youth Field at Pachaug State Forest in Voluntown Saturday. This was the site where Camp Lonergan had once stood. These CCC Boys helped shape the modern day Pachaug State Forest as well as develope Hopeville and Green Fall Pond State Parks.

This impressive group of young men, among many other things, built over 21 miles 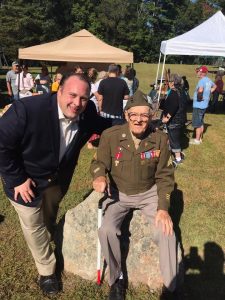 of road and trails that w…e still enjoy today. I especially want to thank Sharon Viadella, daughter of CCC member Edward Piontkowski who was greatly involved in all these projects while being assigned to Camp Lonergan. Sharon worked very hard to help raise over $24,000 during a multi year undertaken to ensure this breathtaking statue will be an eternal memorial dedicated to these young men who helped make the 45th such a special place.

I was also blessed to have met Harold Oehler and Mike Caruso who were CCC Boys themselves. I greatly enjoyed listening to their first hand accounts that they shared with me. As always it was great to see Elizabeth “Mama Betty” Mentillo, who’s husband was also a member of the CCC.