The veteran legislators spent time talking with both employees and customers at each stop where they discussed local and state issues and their effect upon small businesses and residents in the state. 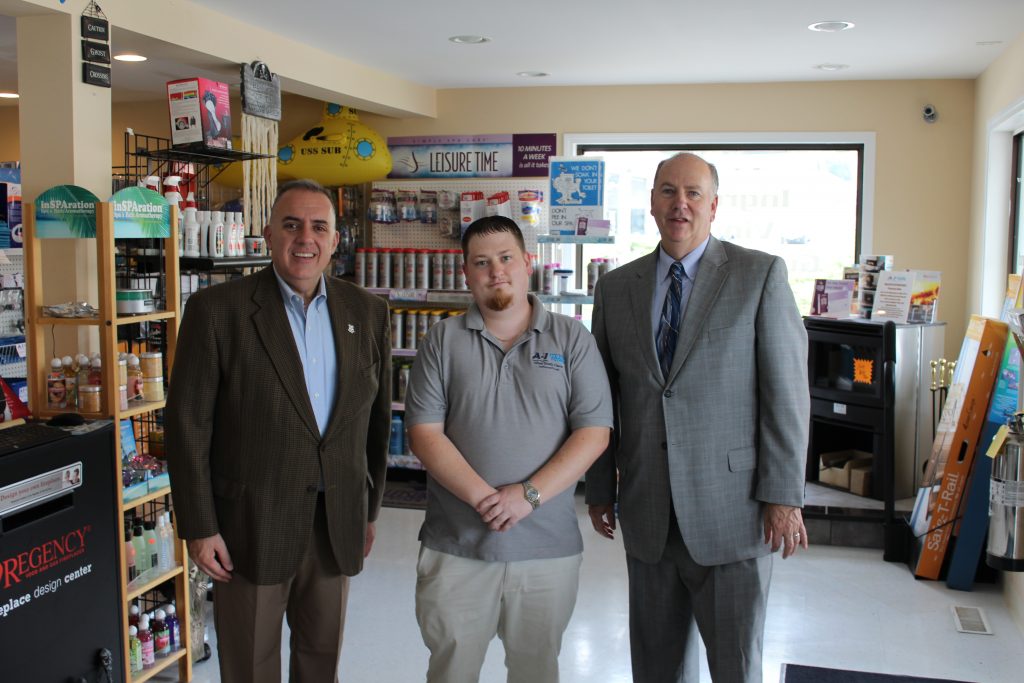 Sen. Eric Berthel (left), Josh Miller of A1 Pools (center), and Rep. David Labriola (right). Berthel and Labriola stopped by A1 pools on a tour of businesses in Oxford on Thursday October 4th. 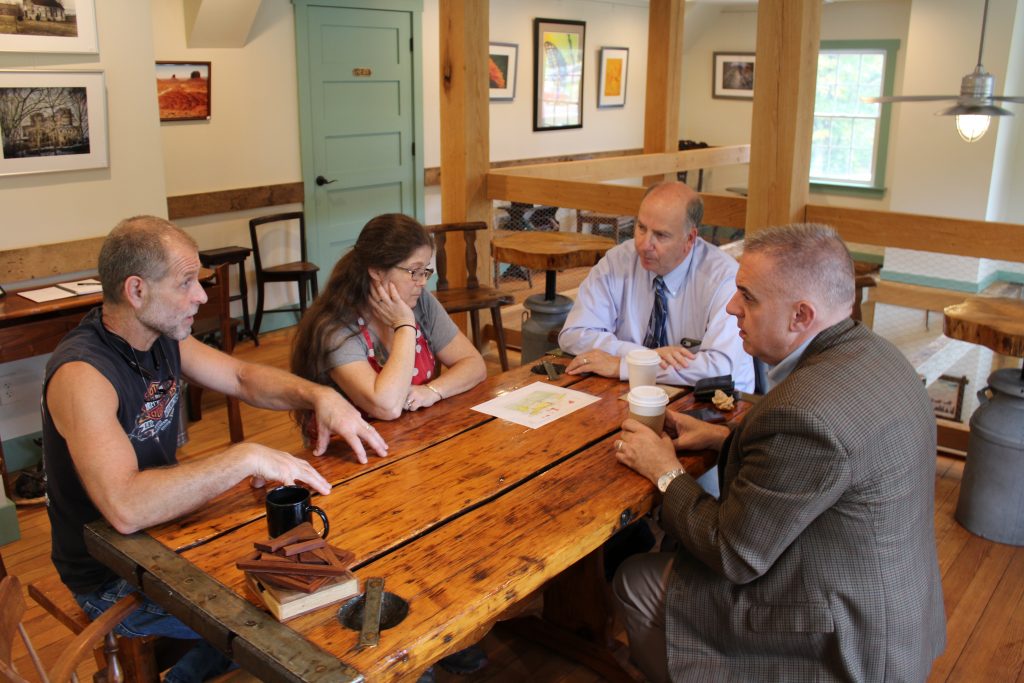 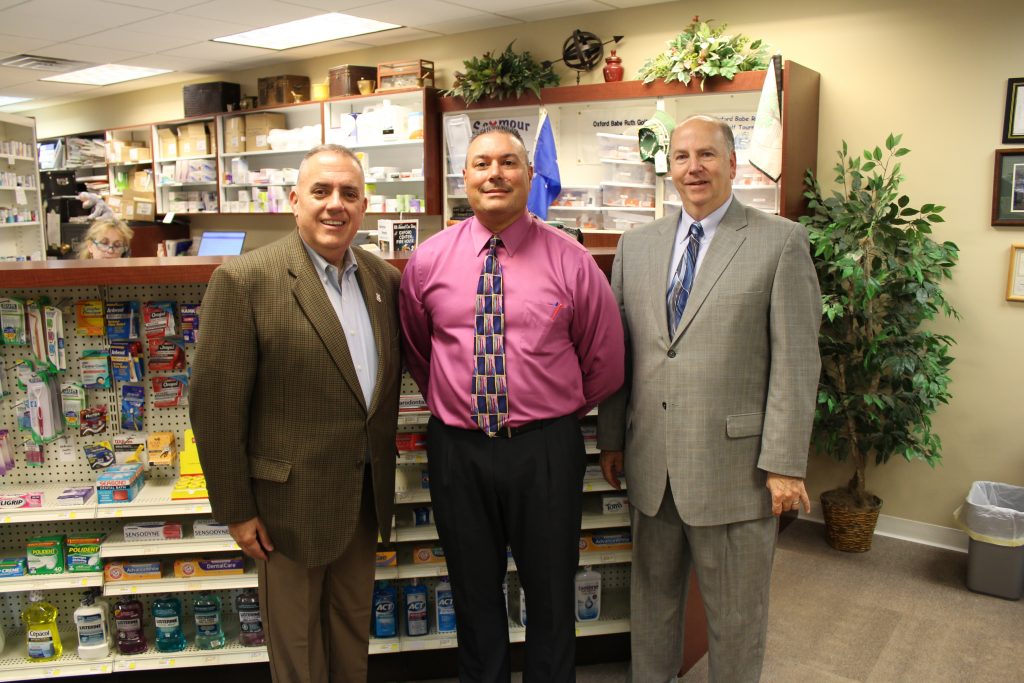 Sen. Eric Berthel (left) and Rep. David Labriola (right) with Frank Diaserio at Oxford Pharmacy. The stop was part of the legislators’ tour of Oxford businesses. 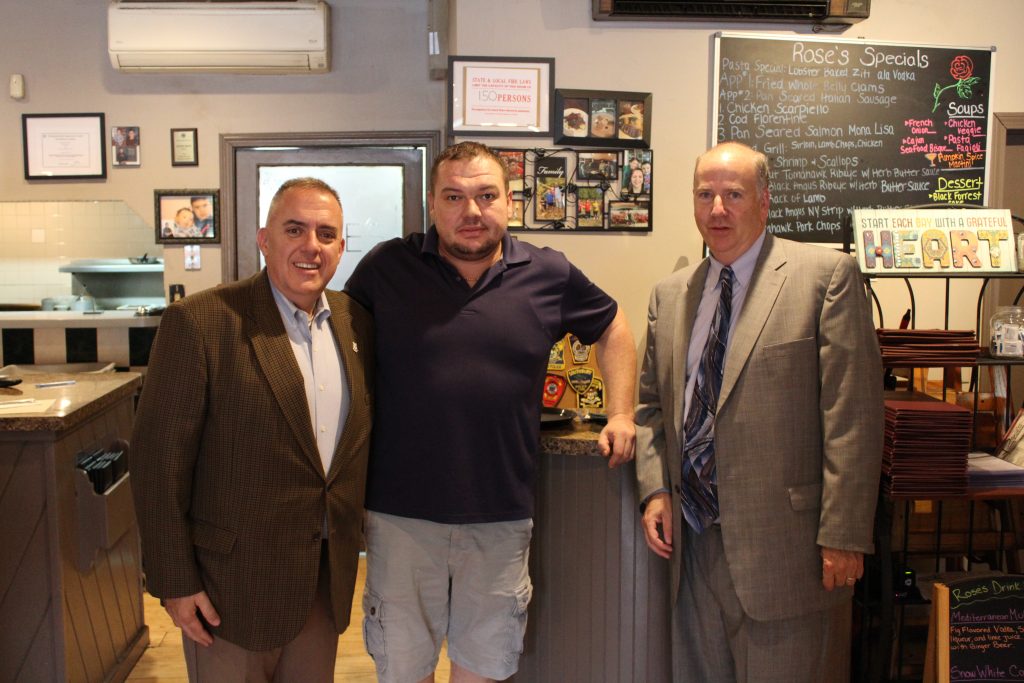