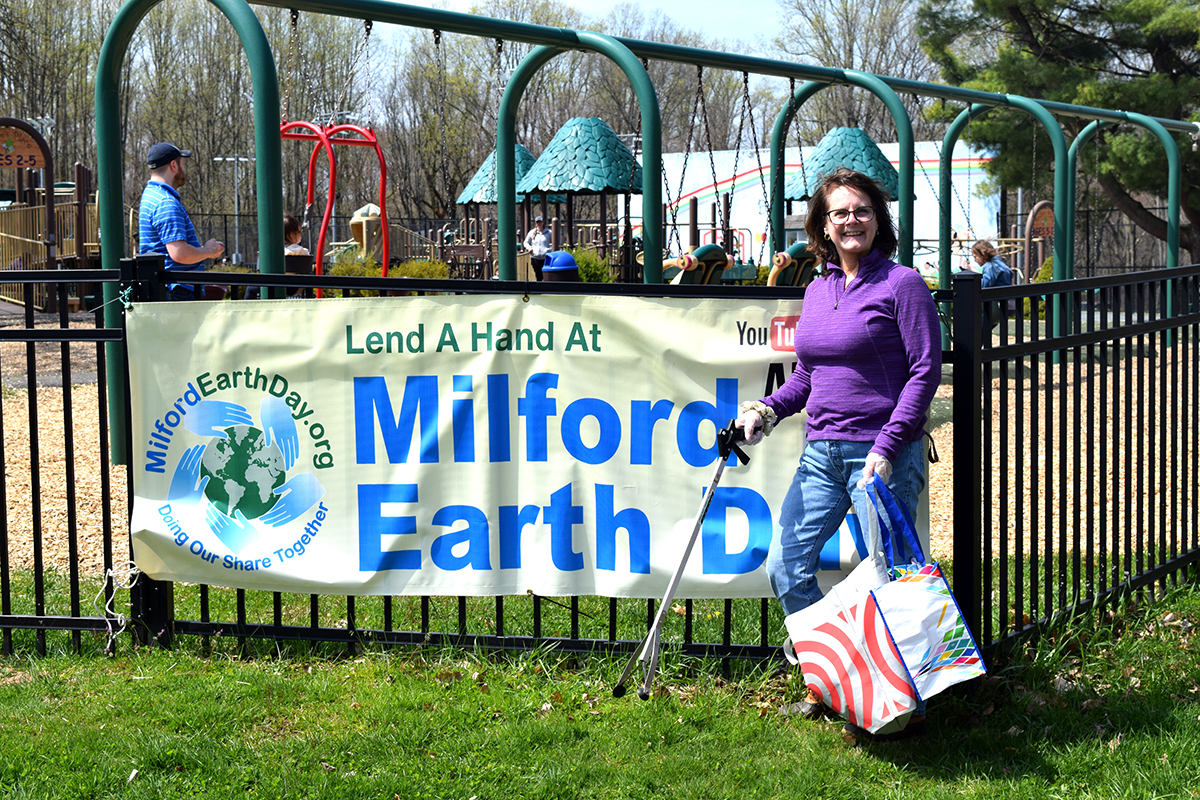 MILFORD- State Rep. Kathy Kennedy (R-119) and a group of eager volunteers armed with trash grabbers, pickers and trash bags set out along Eisenhower Park last weekend, to clean-up debris and litter as a way to celebrate Earth Day.

“I had so much fun cleaning the park with friends in the district. We were a small but mighty group collecting more than 25 bags of trash in two hours,” said Rep. Kennedy.

Kennedy and the group collected trash around Eisenhower Park which includes Bodie’s Place, the tennis courts, the splash pad, area trails and the parking lot.

This is the second year Rep. Kennedy has held an Earth Day clean-up to raise awareness on picking up trash, and hopefully convince some not to litter.

Last session, Rep. Kathy Kennedy supported the expansion the Bottle Redemption Bill, to better modernize the state’s bottle bill law by expanding the refundable deposit to include bottled non-carbonated beverages in 2023 and the adoption of The Blue Plan for the preservation of Long Island Sound’s ecosystems and resources.