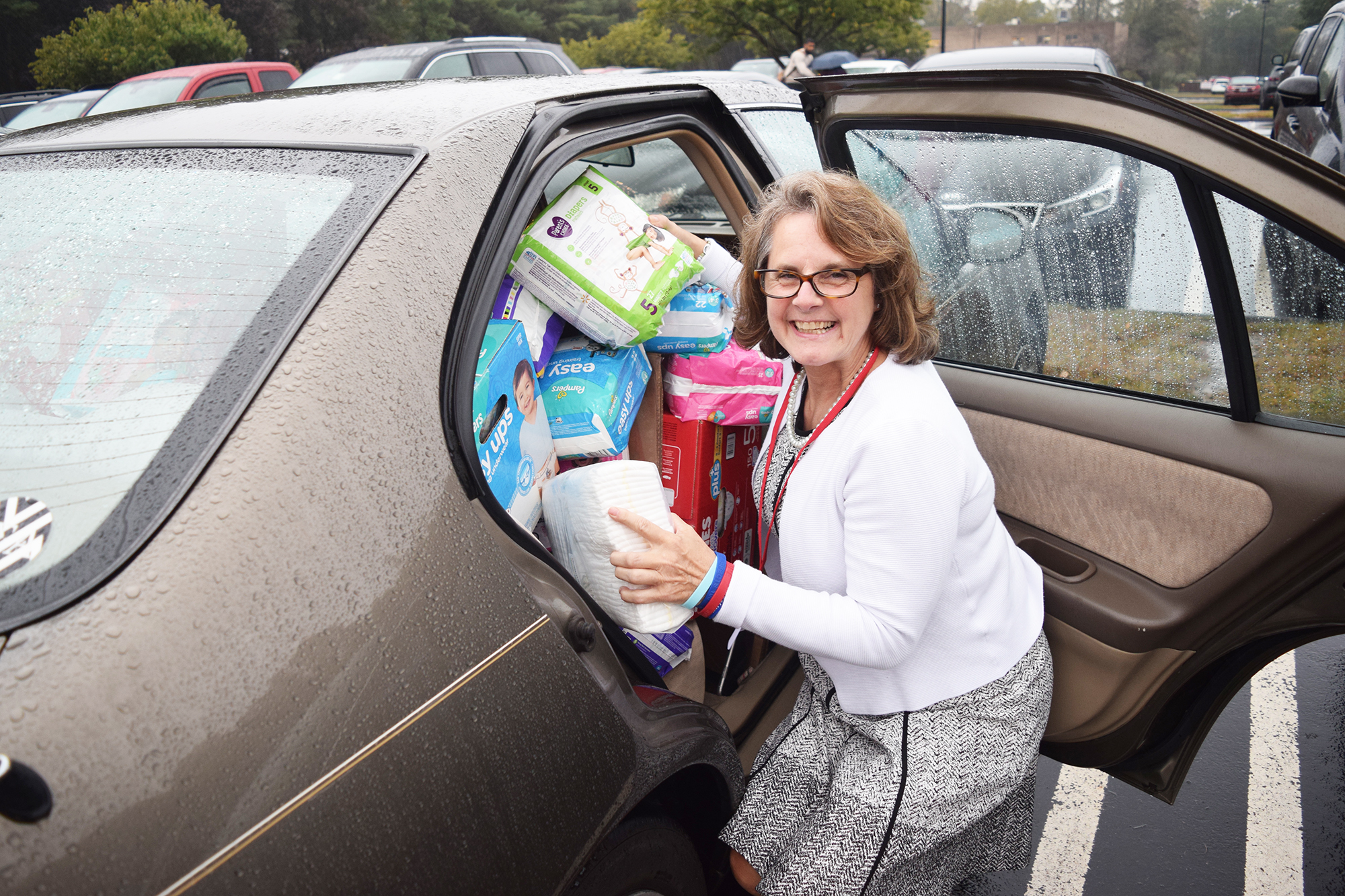 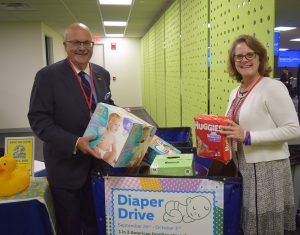 “I am proud to help sponsor this diaper drive. Diapers are not luxury item for families; they are a vital component of the health and well-being of infants and toddlers,” said Rep. Kennedy. “I have heard too many horrific stories that the high cost of diapers, leading to some babies spending a day or longer in one diaper. No child should be left in filthy diapers.”

Rep. Ferraro said, “I was honored once again to work with the United Way in increasing public awareness with regards to the high cost of diapers on vulnerable families. This annual drive has successfully helped many needy families in providing the proper diaper care for their babies”.

The average child will use more than 2,700 diapers in the first year alone, which can add up to more than $550 (based on an average price of $0.20 per disposable diaper).

According to the United Way of Milford, over 9,000 diapers were collected during the month long diaper drive.

The goal of the annual diaper drive is for the United Way is to help Milford families by converting their Diaper Closet into a much larger Diaper Bank, with a constant supply of diapers in all sizes.

It’s estimated that disposable baby diapers can cost more than $50 per month, or at least $600 in the first year. While diapers are expensive for any family, it is particularly burdensome for low-income families. At present, safety-net programs such as the Food Stamp Program and WIC (Special Supplemental Nutrition Program for Women, Infants and Children) do not cover the cost of diapers.