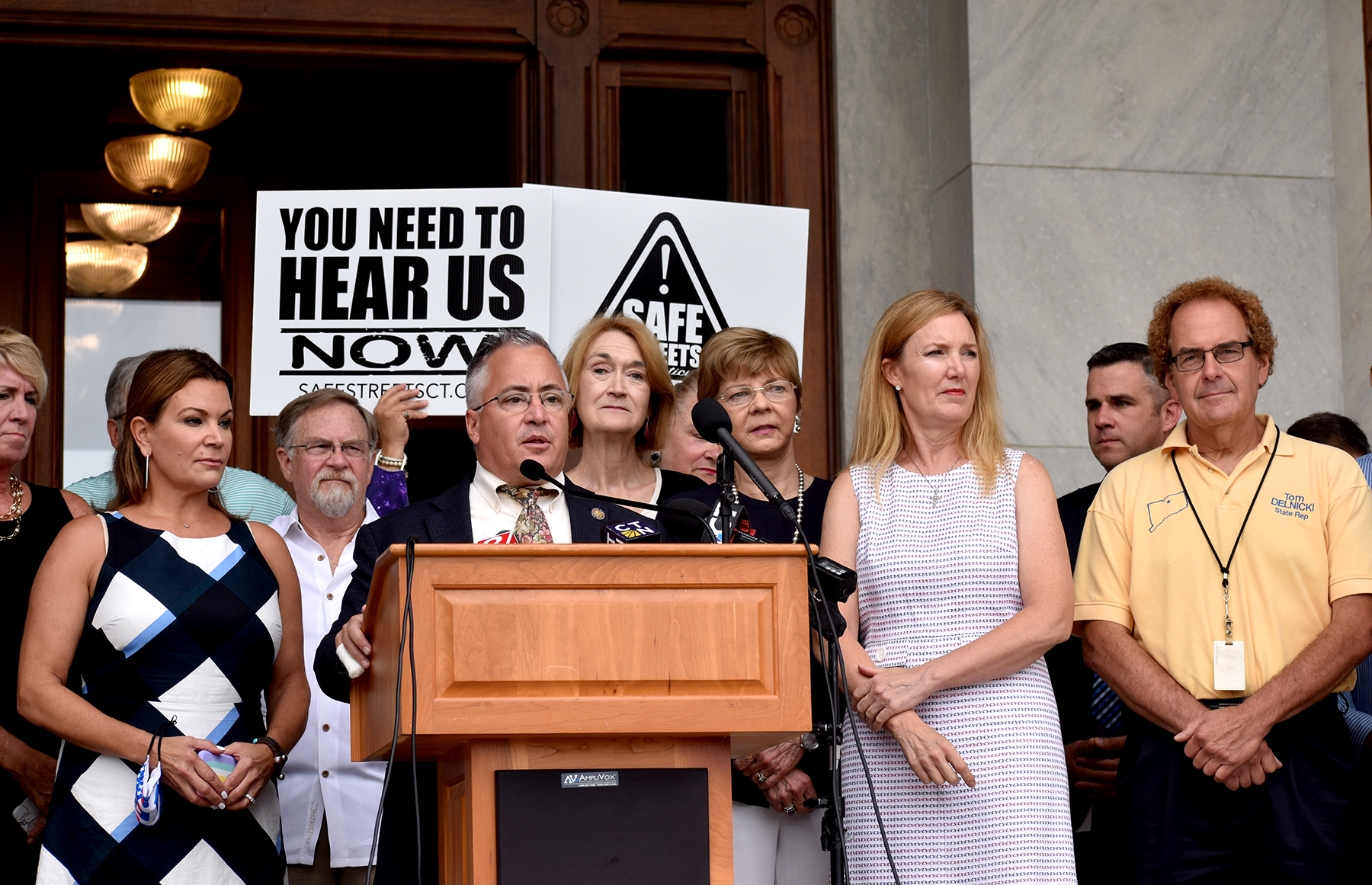 HARTFORD—The continuing flow of alarming crimes committed by teenagers, from shots fired at property owners to stealing vehicles with children inside, prompted State Rep. Greg Howard (R-43) and his House Republican colleagues Tuesday, to unveil proposed statutory and policy changes aimed at curbing a crisis that has residents throughout Connecticut clamoring for reforms to the state’s juvenile justice system.

“Legislative leaders have been in negotiations for weeks and now is the time to act. The public, especially in my district of Stonington and North Stonington, is demanding action to stem the rising tide of these thefts and prevent innocent lives from being hurt or even killed,” said Rep. Howard.

State Rep. Jill Barry (D- Glastonbury) who spoke at the press conference said, “This is not party issue, this is a public safety issue, and I stand with my community.”

More proposals, with greater detail, can be found at www.stopcarthefts.com