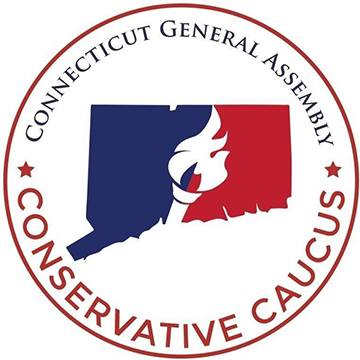 In an April 14, 2020 letter to Governor Lamont, the legislature’s Conservative Caucus questioned the detrimental impact his COVID-19-related Executive Orders (EOs) are having on the social and economic fabric of our state. They argued that Connecticut legislators, business leaders and health care professionals must be part of any group formed to determine the process and timing of reopening our schools and businesses.

The Conservative Caucus believes the Governor’s “one-size-fits-all” policy of arbitrarily closing entire categories of society the Governor deems “non-essential,” and the oppressive restrictions on the operation of others, is needlessly causing undue harm to Connecticut’s people and its economy.

“The state-wide shutdown you have imposed is unnecessarily putting an untenable strain on Connecticut businesses and institutions to the point that many will never reopen.  People in parts of our state are being injured more by the ‘cure’ than by the illness,” the Caucus wrote. “The lives of people with COVID-19 can be shattered forever, but people’s lives are also shattered by shutting down the state’s economy.”

The Caucus asked the Governor to follow the federal government’s March 26th guidelines by evaluating localized data and designating each Connecticut county as high, medium or low risk before making further sweeping restrictions on all corners of the state, regardless of their proximity to “hot spots.”

“As policymakers, we must consider the business owner whose life’s work is destroyed and the family that is prohibited from earning a living as much as we must consider the person who contracts COVID-19.  A sustained disruption of market forces will invariably lead to future food and housing shortages and a state economy in shambles.  The timely disbursement of interim federal aid will help soften the financial impact on our residents, but simply giving people checks from state coffers will not, on its own, fix this.  Our society needs robust commercial activity to survive,” the Caucus wrote.

The Caucus also expressed concern that the consortium the Governor has formed to determine how and when Connecticut reopens, lacks even a single Connecticut legislator or business owner, and that the group’s decisions will invariably be dictated by major metropolitan centers in other states at the expense of Connecticut residents. They asked the Governor to convene a panel that includes Connecticut legislators, business leaders and health care professionals from each part of the state to formulate a plan and timeline for easing restrictions and opening up Connecticut’s economy on a county-by-county basis.