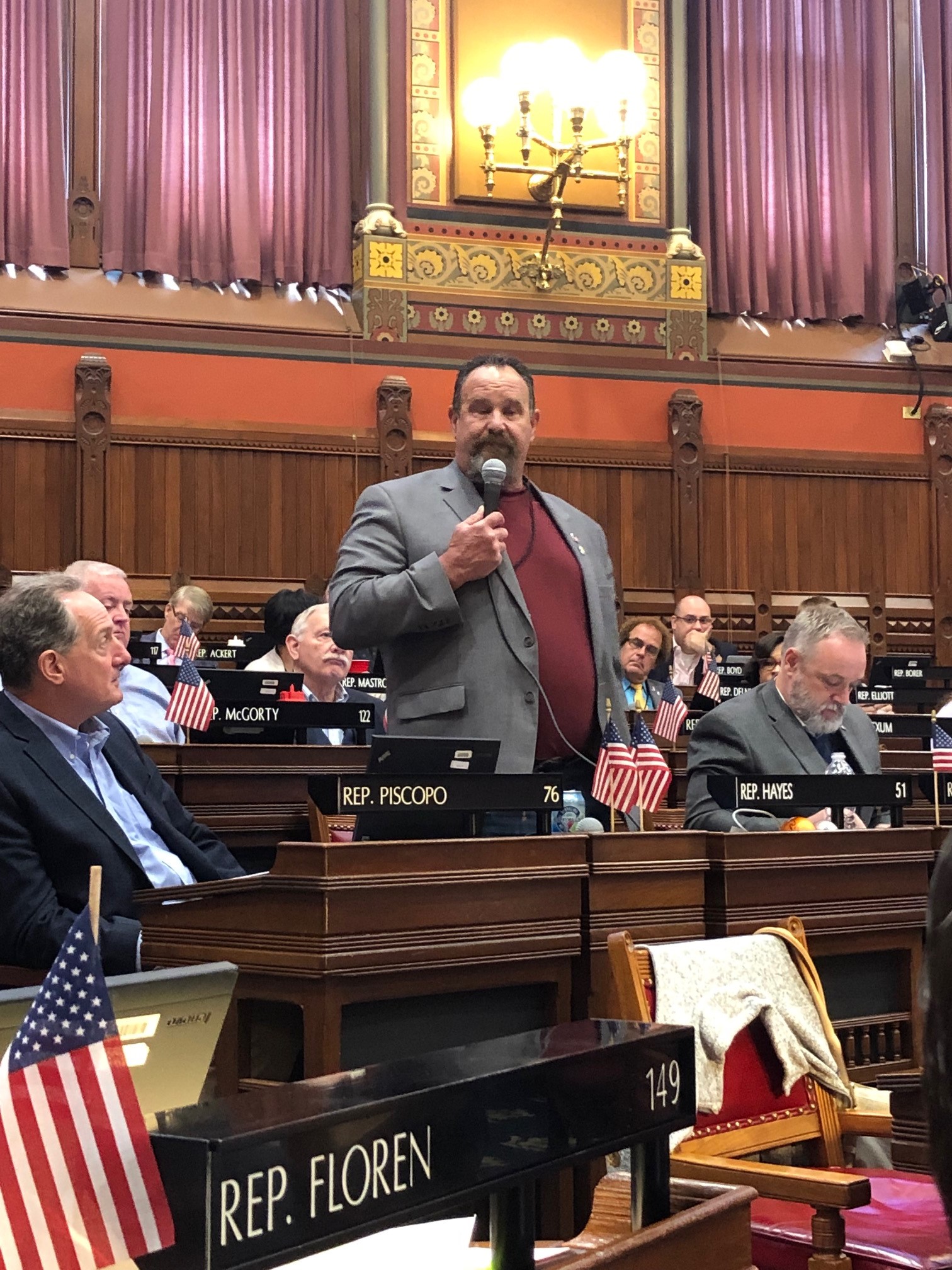 HARTFORD – As a former police officer and volunteer firefighter, State Representatives Rick Hayes (R-51) relied on his experience to give an impassioned speech to his colleagues on the house floor in favor of a bill that would increase workers compensation to include care for members of law enforcement, parole officers, and fire service personnel who get Post-Traumatic Stress Disorder (PTSD) while on the job.

SB-164, An Act Including Certain Mental or Emotional Impairments Within the Definition of “Personal Injury” Under Workers’ Compensation Statutes, would expand workers compensation benefits, including mental health treatment, for fire service members, law enforcement officers, and parole officers who have been diagnosed with PTSD by a board-certified & licensed psychiatrist or psychologist.

“I served 33 years in law enforcement with the last 12 years as the Chief of Police for the Putnam Police Department and ten years before that I worked as a volunteer for the Putnam fire and EMS department,” Rep Hayes said. “I went 33 years without a problem, but in 2009 I started having nightmares, I mean the kind you see in the movies where you jump out of bed and you’re sweating, and they became more and more frequent, and here I went 33 years without a nightmare and now all of a sudden here they are.”

Wanting to get to the bottom of the issue, he visited his physician. At the recommendation of his doctor, Rep. Hayes visited a psychiatrist, he said it was the first time he cried in 33 years.

Rep. Hayes said “I cried that day, first time in 33 years, not because of emotion but because I was going to lose my job, that’s the way it was, you didn’t let that stuff go because if you did, you weren’t strong enough, you weren’t emotionally stable, they took your gun and they took your job.”

In order to qualify, individuals must have had the PTSD come as a direct result of a qualifying event that occurred in the line of duty, and not due to any intervening factor or other source of stress. The bill further protects officers by prohibiting law enforcement agencies from disciplining or penalizing officers who seek mental health services. Any new fire service member, or law enforcement or parole officer who are hired on or after January 1, 2020 will receive resilience and self-care technique training as a result of this bill.

“There are police officers and first responders in this state that have this stuff locked up inside of them and they are afraid to let it go,” Rep Hayes said. “These people are our heroes, they have to know that its ok to talk about it, that its ok to get help.”

The bill does include a provision for the Labor Committee to examine the feasibility of expanding the coverage via a study to include emergency medical personnel and the Department of Corrections employees.

Lawmakers from both sides of the aisle applauded the passage of this bill and it taking the first steps to address issues of mental health, but also emphasized the importance of following up next session to amend the current language in SB-164 to account for those individuals who were not included in the original form of the bill.

The bill received unanimous support in both the House and Senate, it will now head to the governor’s desk for his signature.

To watch his speech on the house floor, click the image below 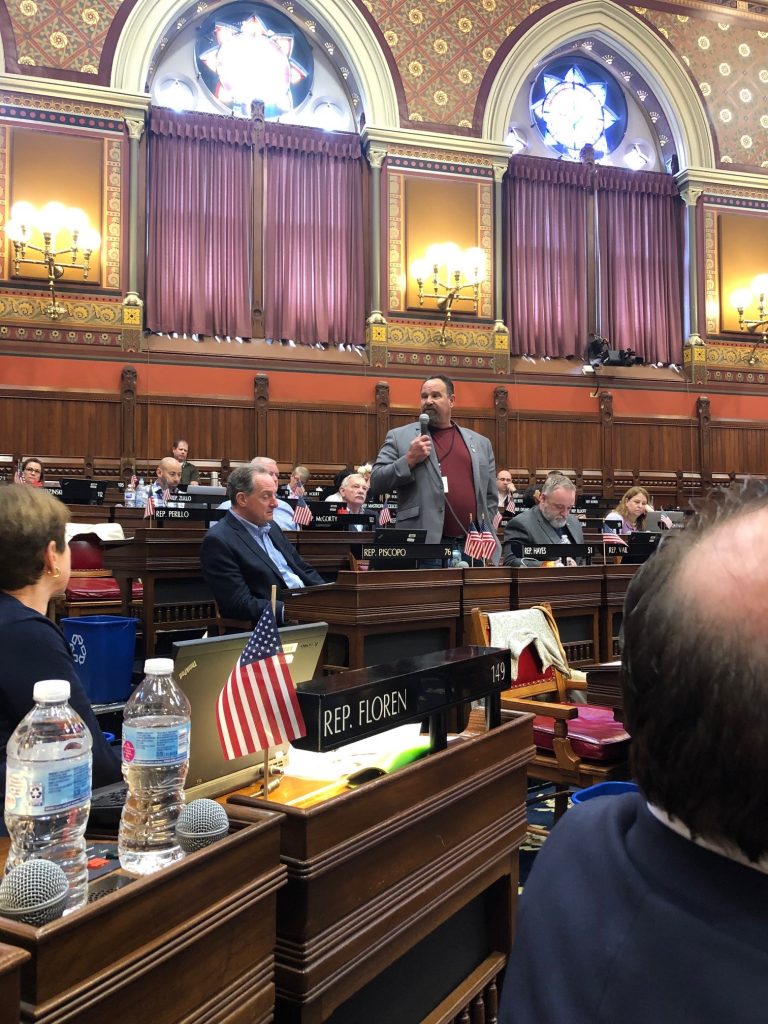