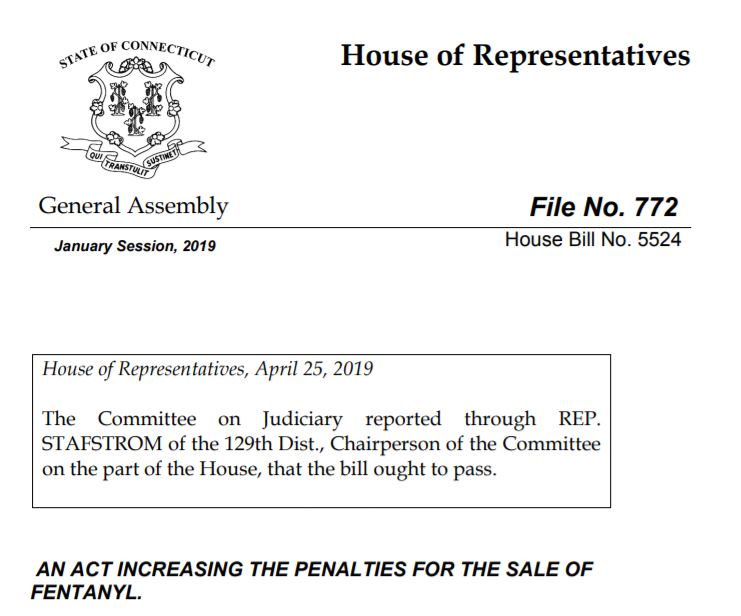 HARTFORD – State Representative Rick Hayes (R-51) co-sponsored a bill that when implemented, would create tougher penalties for those who manufacture, distribute or sell fentanyl, a powerful synthetic opioid.

“As a former member of law enforcement, I believe the passing of this bill is a great step forward in helping our current officers with the battle against this dangerous and addicting drug,” Rep. Hayes said.  “Increasing the penalties for those who traffic fentanyl is just one of the ways we can help those who are on the front lines battling this epidemic.”

HB-5524 will now awaits action in the Senate.