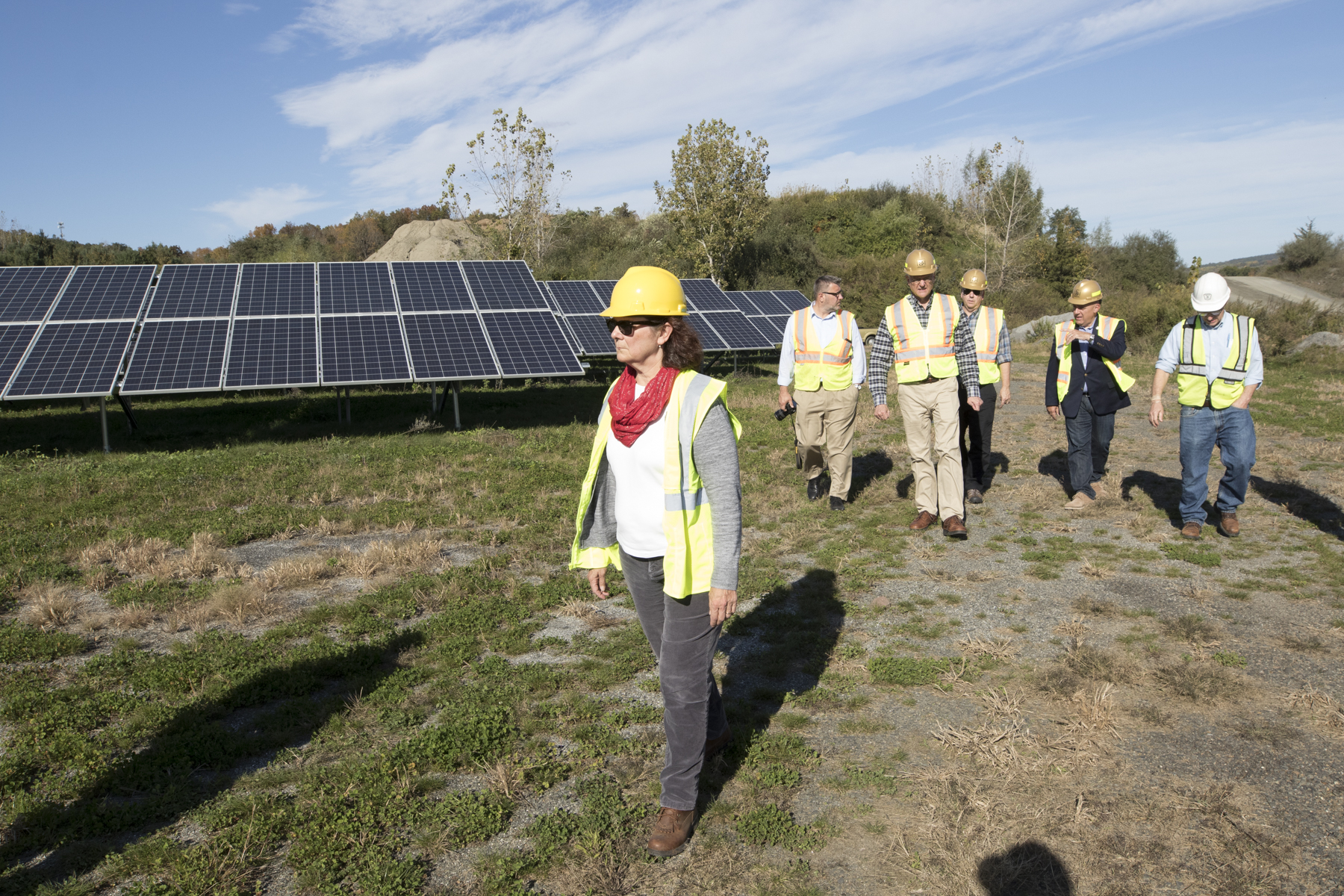 Hidden well off Route 67, toward the back of a massive property, and at the top of a small plateau reclaimed from previously-processed ground are several long rows of solar panels. O&G officials say the solar panels gather enough energy to offset the power used for the entire on-site quarry operation.

Rep. Harrison, Rep. Labriola, State Senator Berthel, Selectman George Bertram, and other officials and advocates were recently granted a rare tour of the Southbury O&G property to get a close look at their solar installation and to discuss its impact on both the company and the community.

“It was an interesting tour from several perspectives. We saw the quarry operation in action and the solar site. The solar site provides the operation with a substantial amount of power. O&G provided a close-up view of their commitment to sustaining the local environment,” Rep. Harrison said. “It’s great to see local companies investing in renewable resources and innovations like solar. I’m encouraged by the potential for the expanded use of renewable energy sources statewide. Still, as these new technologies surge forward, we must remain mindful of unintended consequences.”

Before leading a small caravan of vehicles to the solar site, Matt Tobin, O&G’s Engineering Manager of Power and Energy Division, and Andreas Schmid of Solect Energy stopped the group briefly at the property entrance. They explained the electrical standards necessary for solar energy to be converted for the power grid.

Simplistically, according to Tobin, each 345-watt panel produces 50 volts of energy. Panels are wired in series to achieve 1,000 volts which are then passed through an inverter and sent to the grid for use.  He said the array could produce enough power to offset the location’s total yearly energy consumption. However, he noted slight adjustments to the state’s energy credit system could make solar use a more viable option to more businesses and more beneficial to industries like construction that ramp up seasonally. 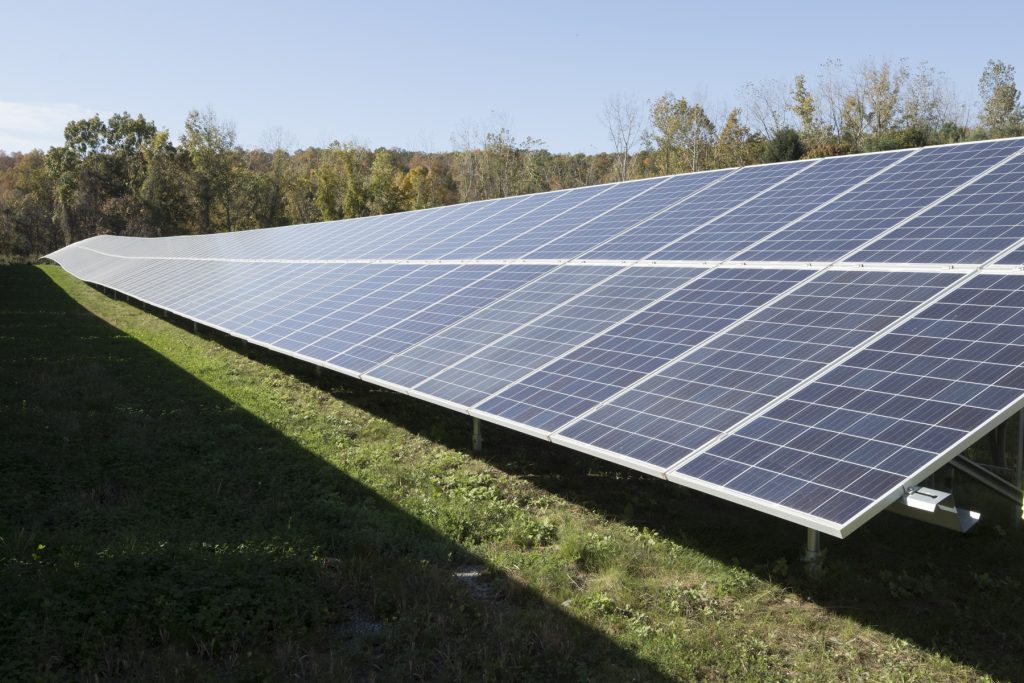 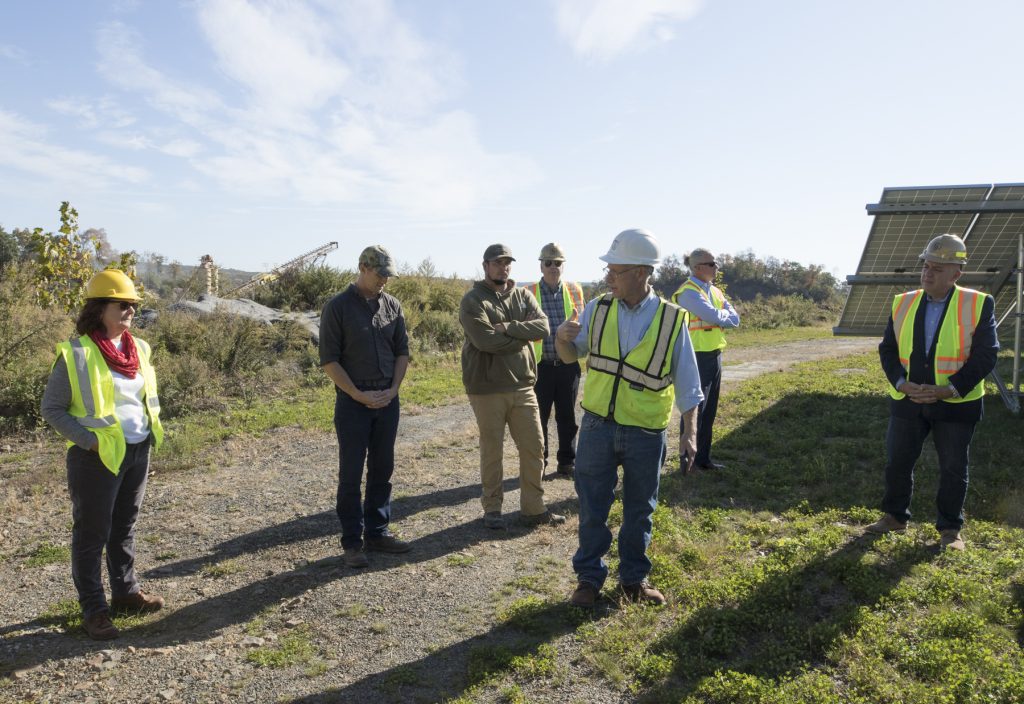 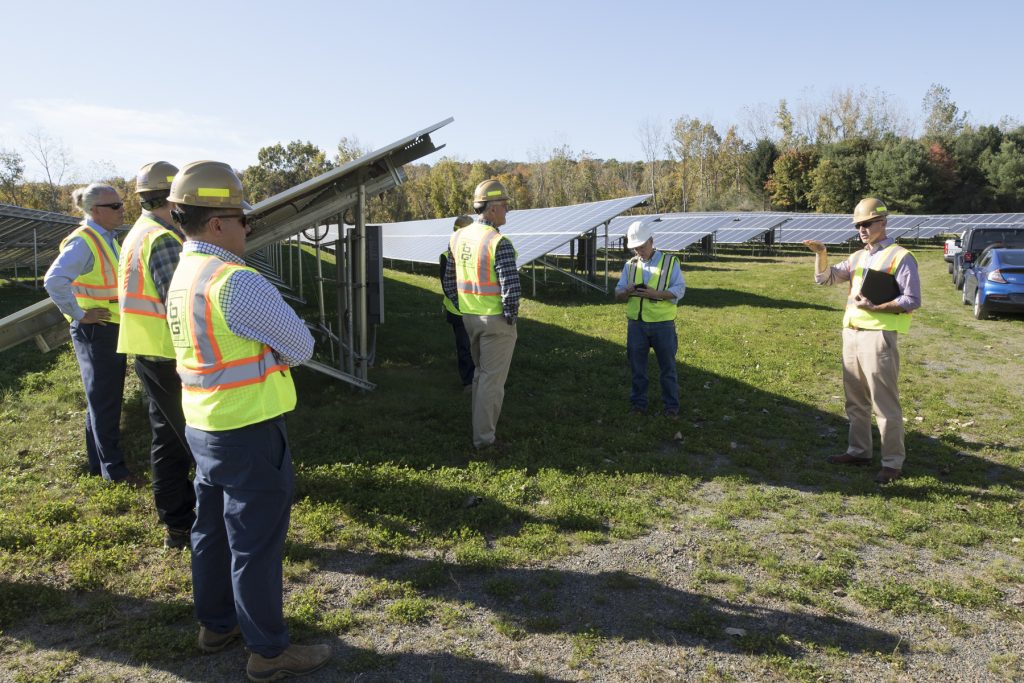 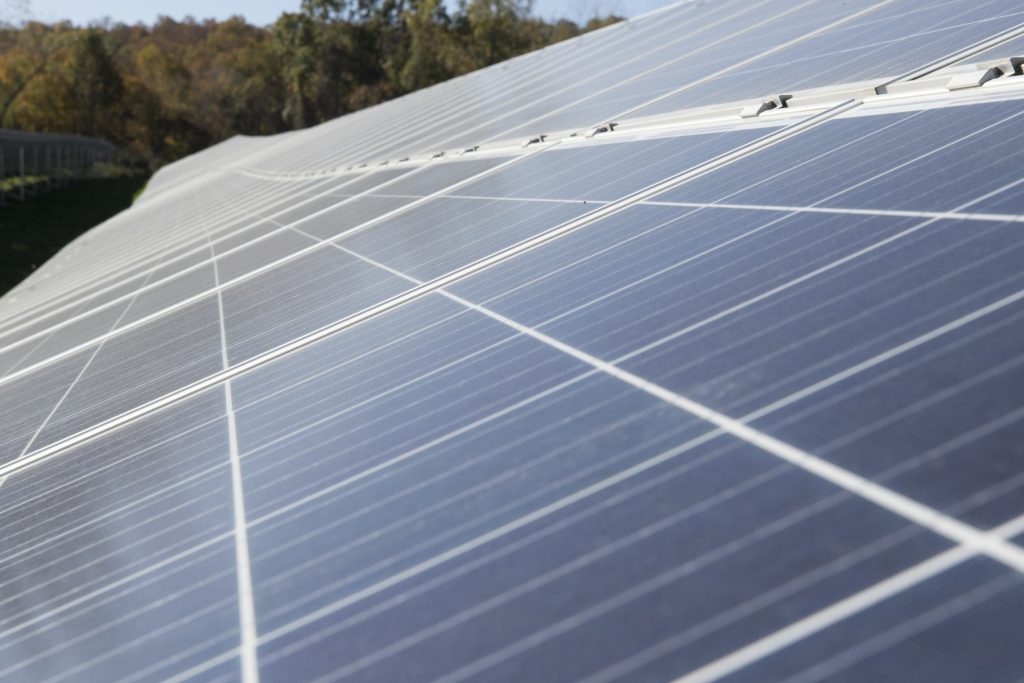 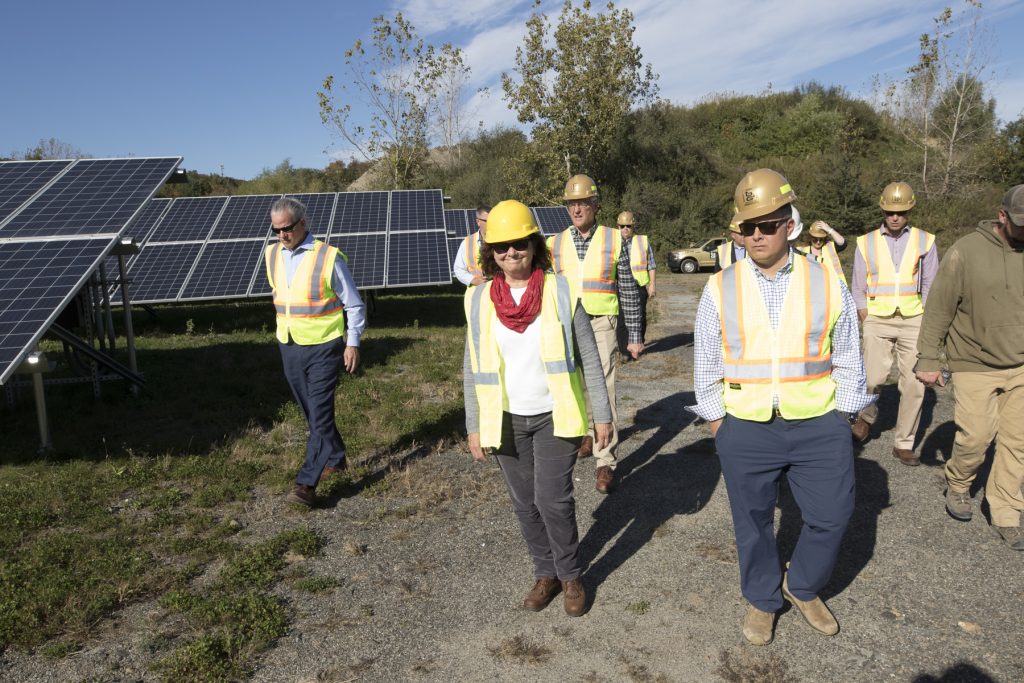 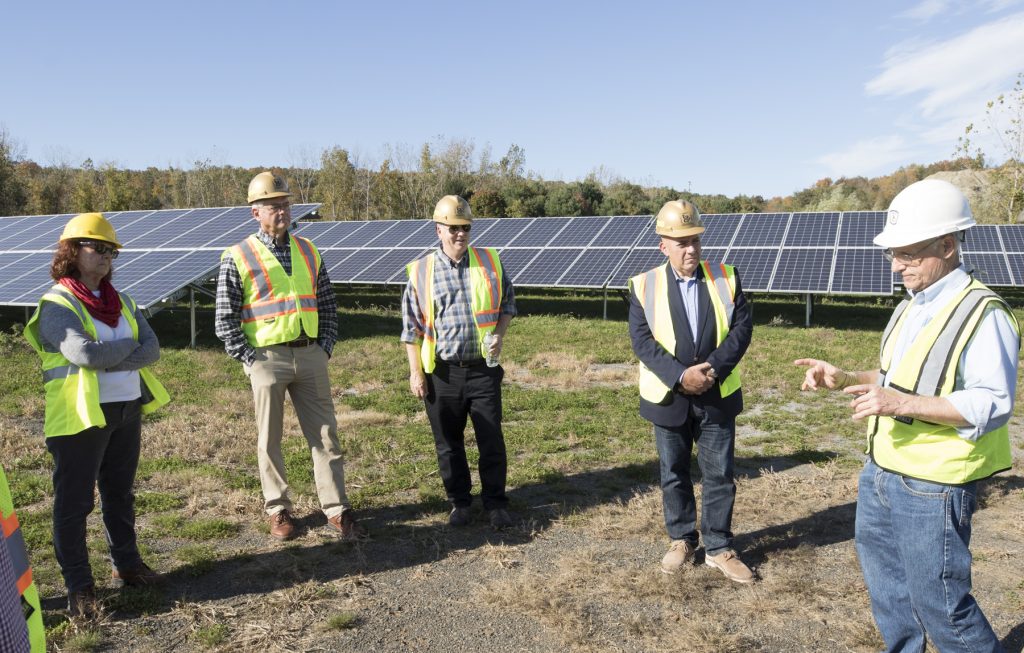 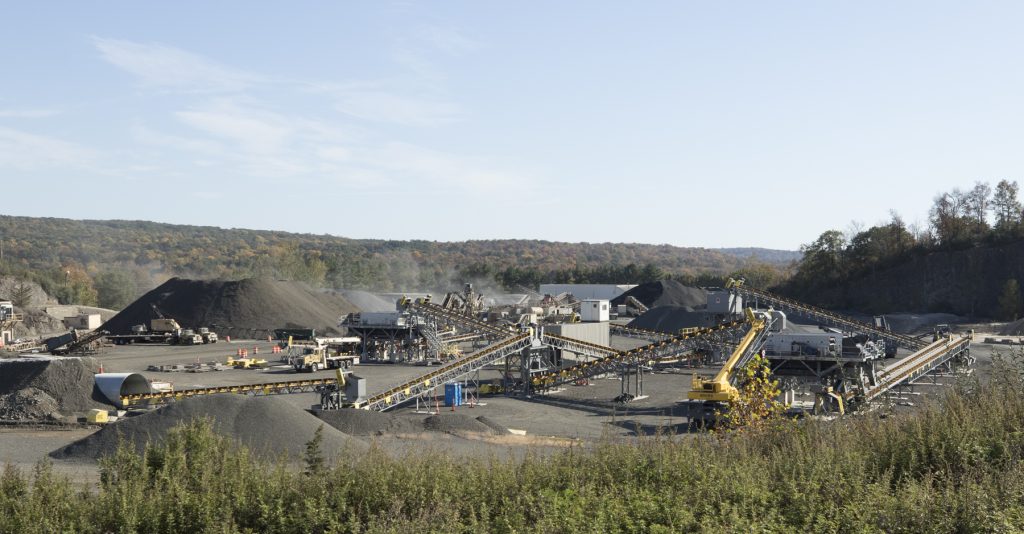 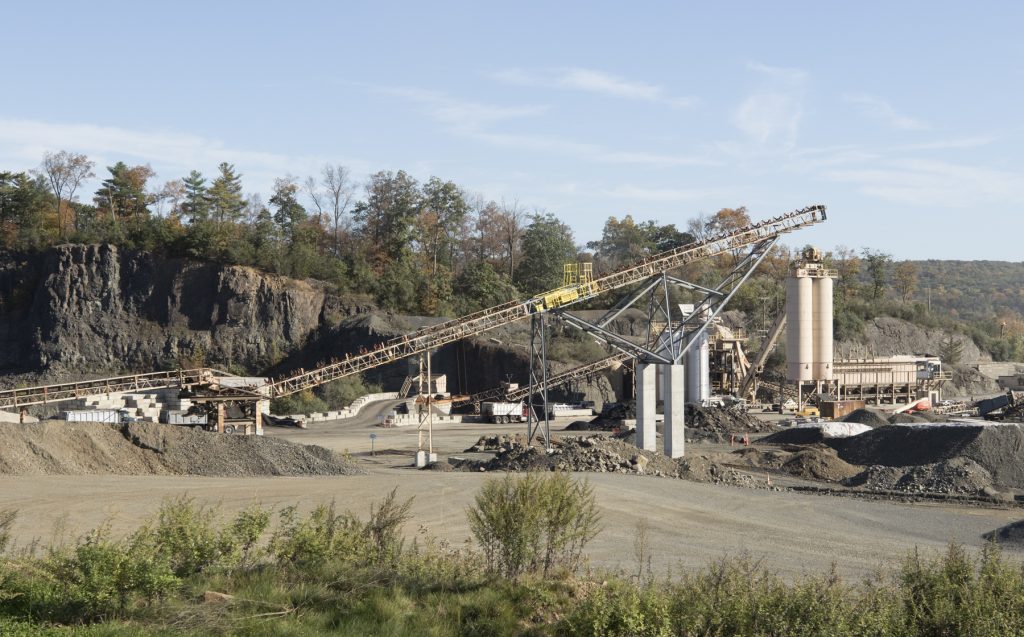 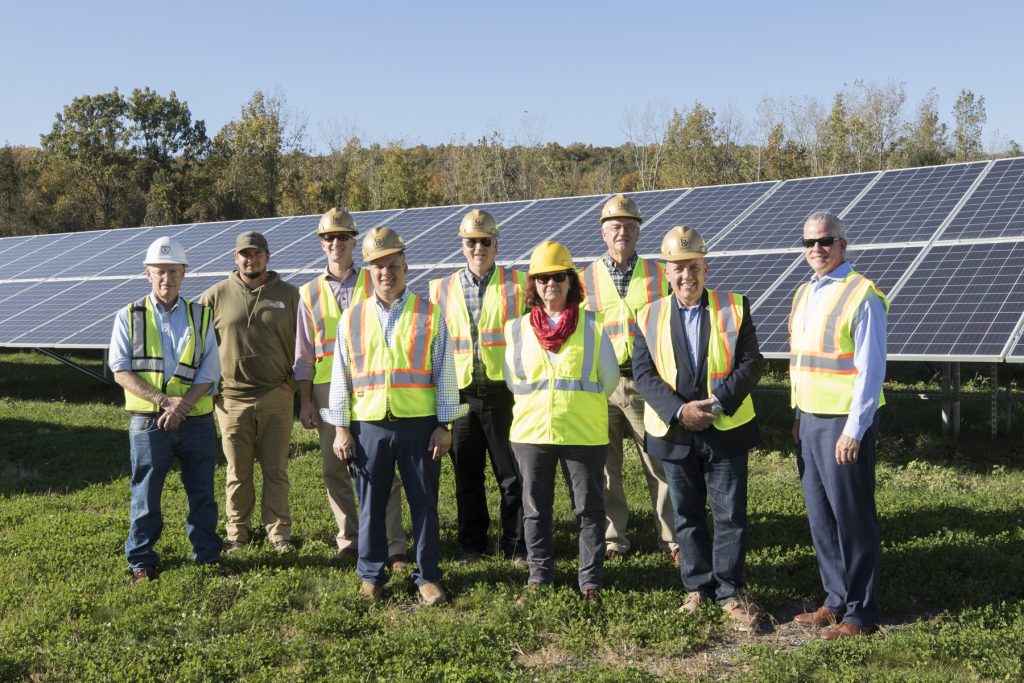