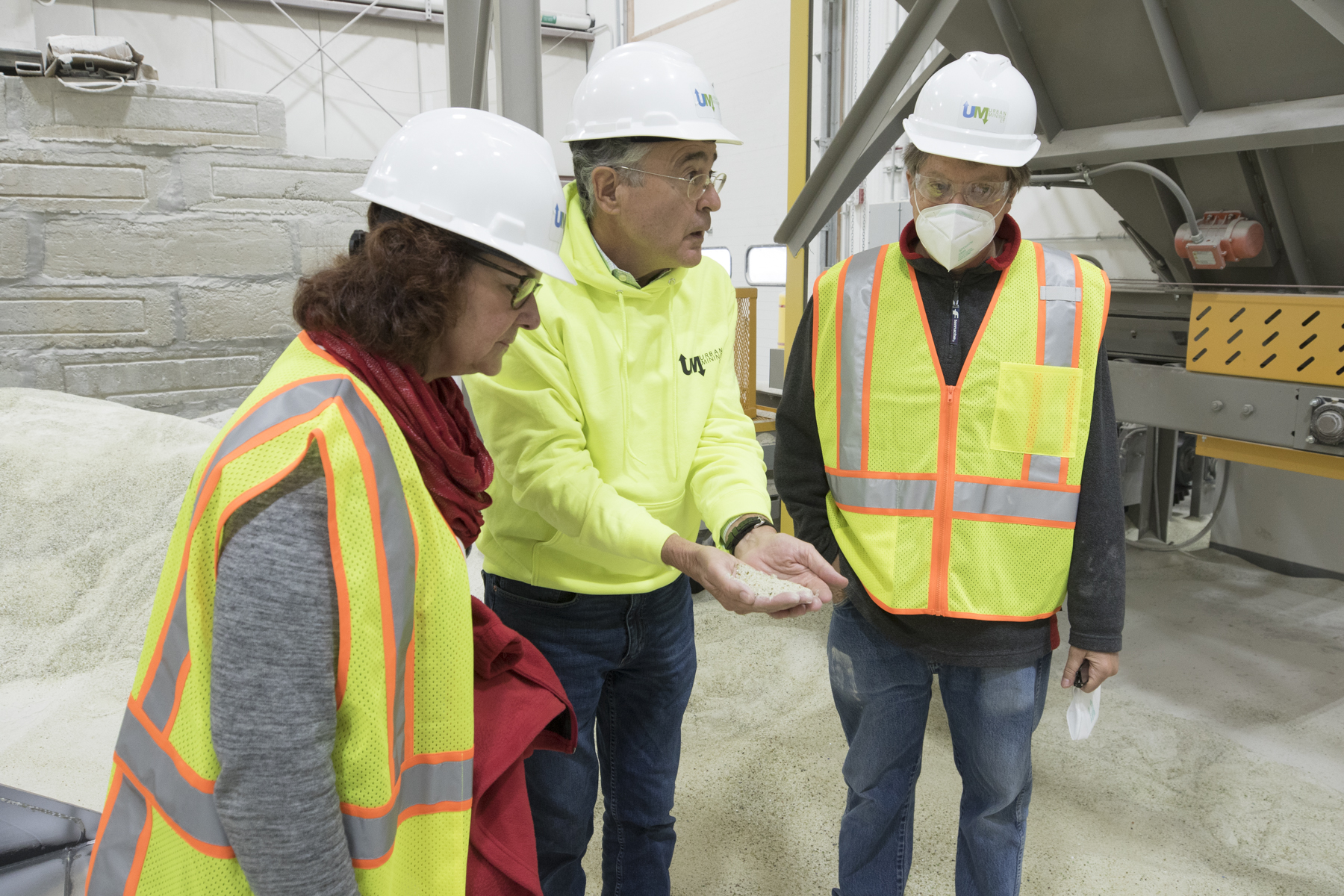 After learning the new company was recycling municipal glass into building products, including some locally, Rep. Harrison arranged the tour and invited local recycling advocates.

“This is an interesting concept and the potential to reduce both landfill waste and costs to municipalities by moving glass into this recycling stream is exciting,” Rep, Harrison said. “I want to thank Urban Mining, O&G, and Tom, Ken and Barbara for taking the time out of their schedules to tour the plant and for asking and answering so many important questions.”

The company, Urban Mining Northeast, selected the Beacon Falls site after an extensive four-state regional search and worked with O&G Industries to build the first-of-its-kind plant that uses locally sourced waste glass to help create better performing and stronger concrete. According to the company, Pozzotive is a “Ground Glass Pozzolan made from 100% recycled glass” that is safer for the environment and a better performing material that “dramatically reduces embodied CO2 emissions in concrete.” Cement and concrete are not the same; Concrete is made up of several aggregates bound by cement and “supplementary cementitious materials” like Pozzotive.

Urban Mining’s Patrick Grasso and Anthony Criscuola, and O&G’s T.J. Oneglia, brought the group into the facility and detailed the computer-controlled process that begins with a simple pile of empty glass bottles and ends with the finished product ready to be used in building materials.

During an earlier tour, Bill Stanley, v.p. for O&G Industries, explained the intricate and proprietary process that begins as a pile of broken glass bottles and after extensive cleaning and processing eventually becomes the finished Pozzolan substance.  He said to make one ton of concrete using traditional methods produces a ton of CO2 emissions, whereas substituting their product reduces that figure by 95%.  The concrete produced with their product also exceeds all state and federal chlorine resistance standards which is important in New England states that treat the roads during the winter months, he said.

Grasso said cement is only about 10-15% of concrete’s mass yet contributes 80% to its CO2 footprint, noting that 12 million tons of post consumer glass is generated annually in the US.  Only one-third gets recycled, the other two-thirds goes into landfills. Being able to harvest 100% of post-consumer glass, even glass deemed unusable by bottle manufacturers, their process will have a dramatic impact on the environment, he said.

More information on the company and their innovative product can be found on their website. 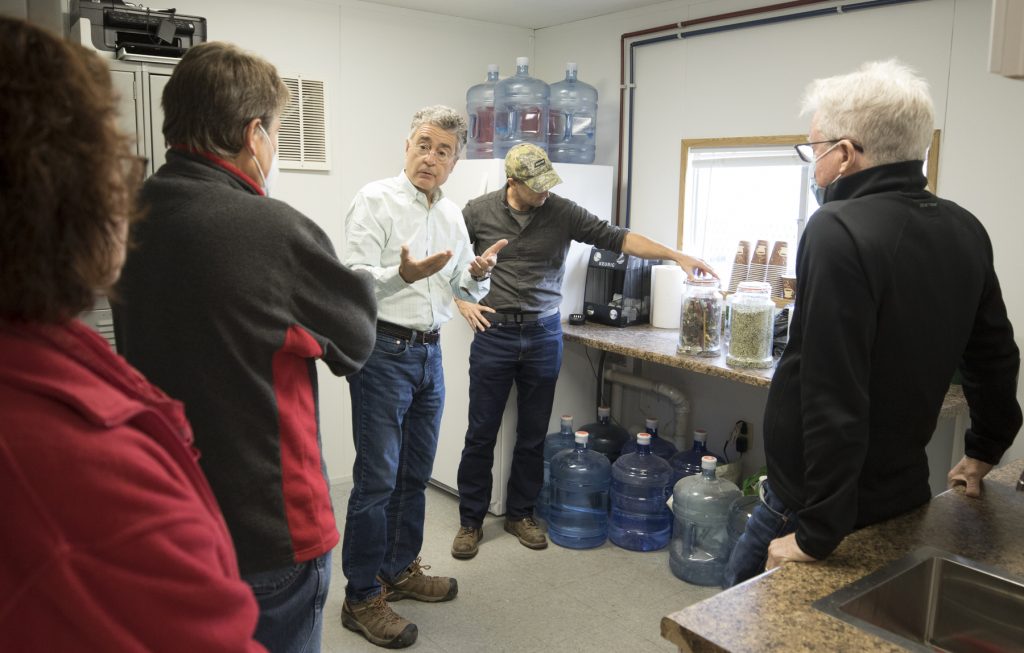 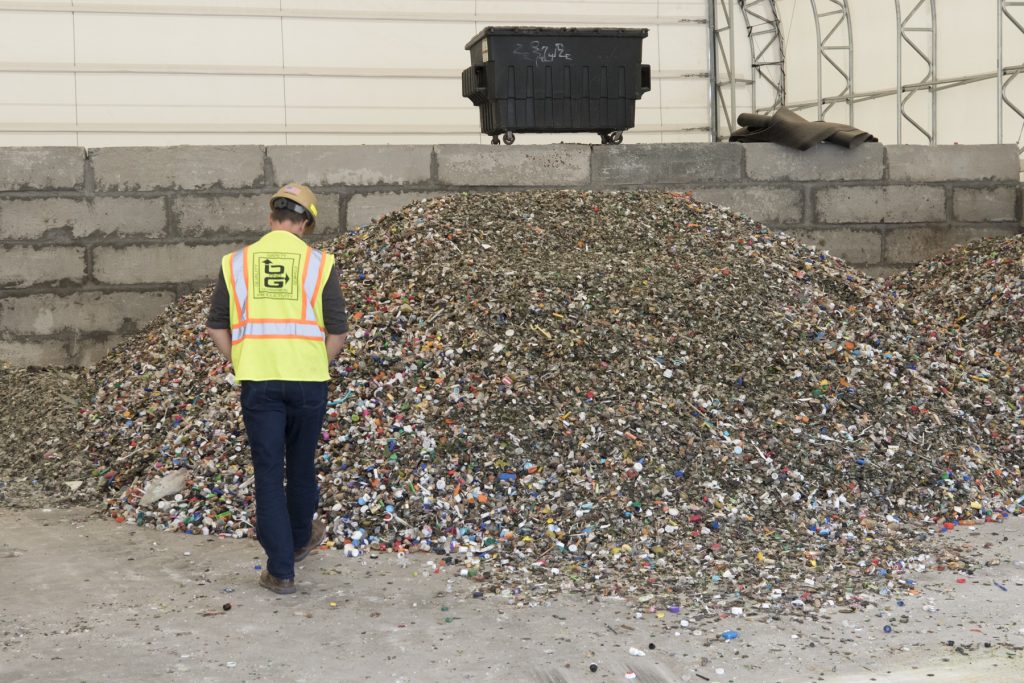 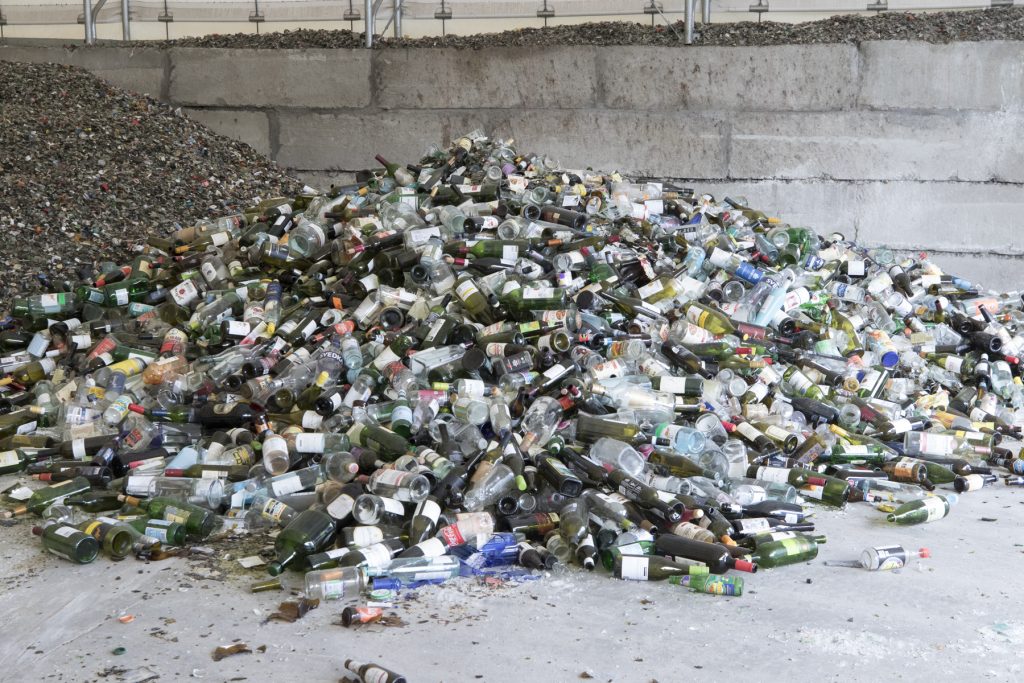 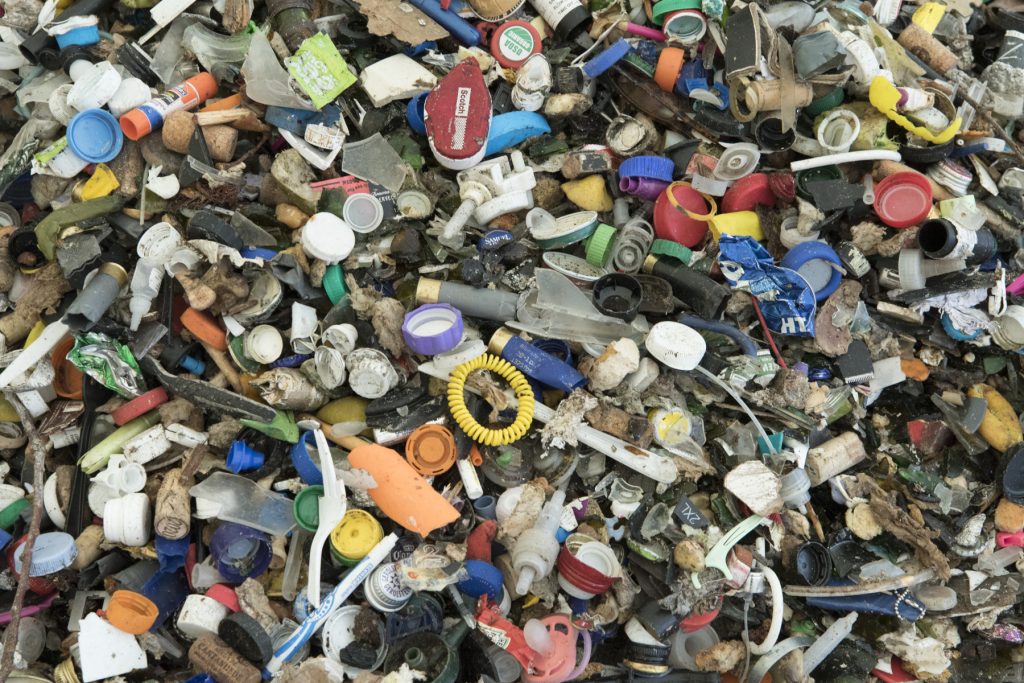 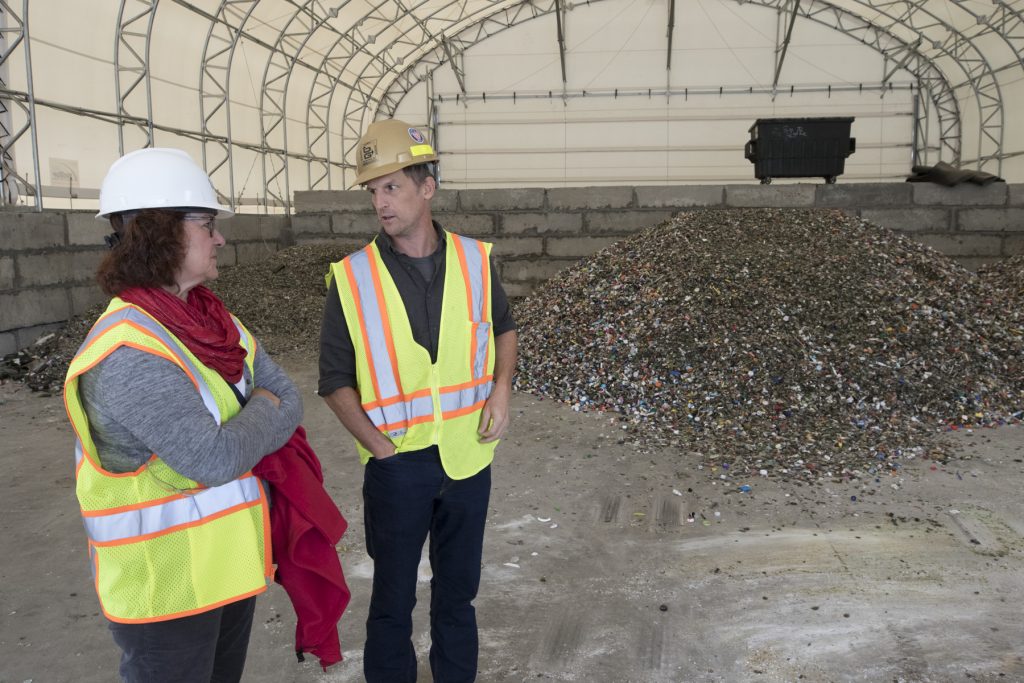 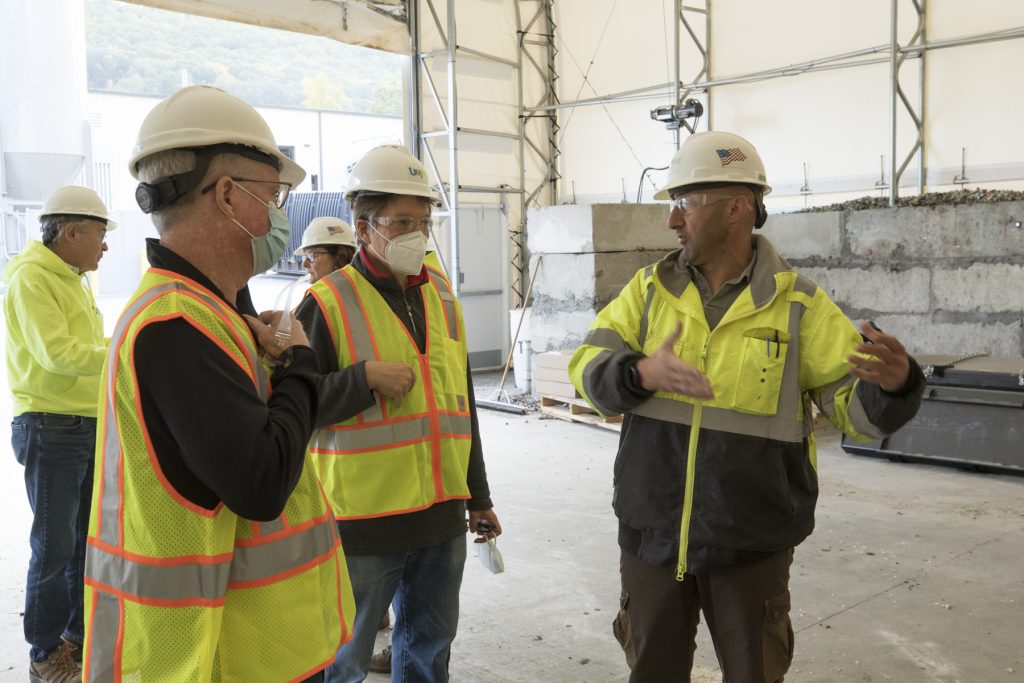 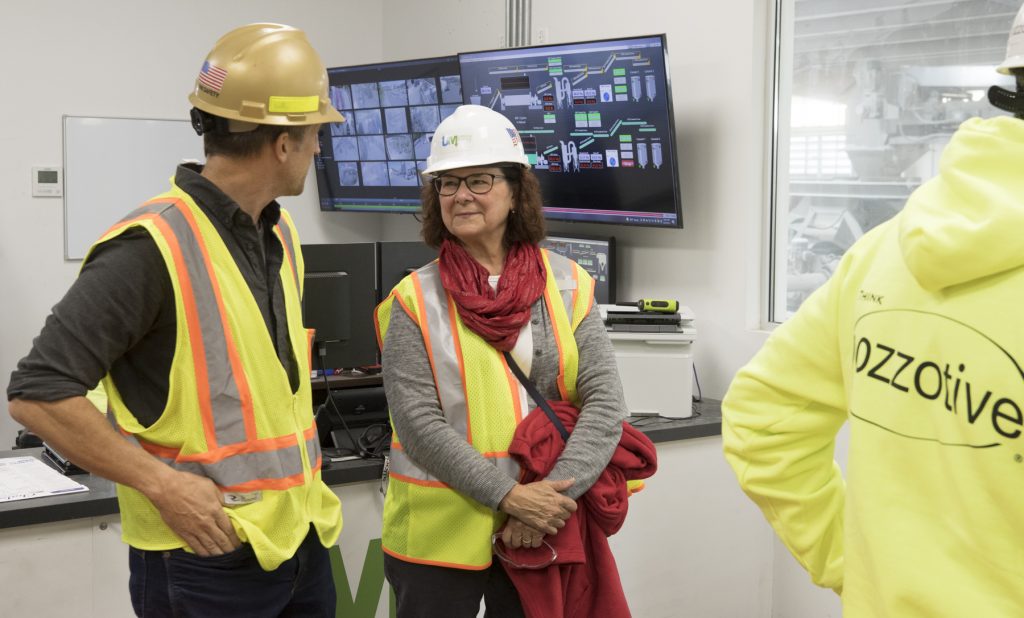 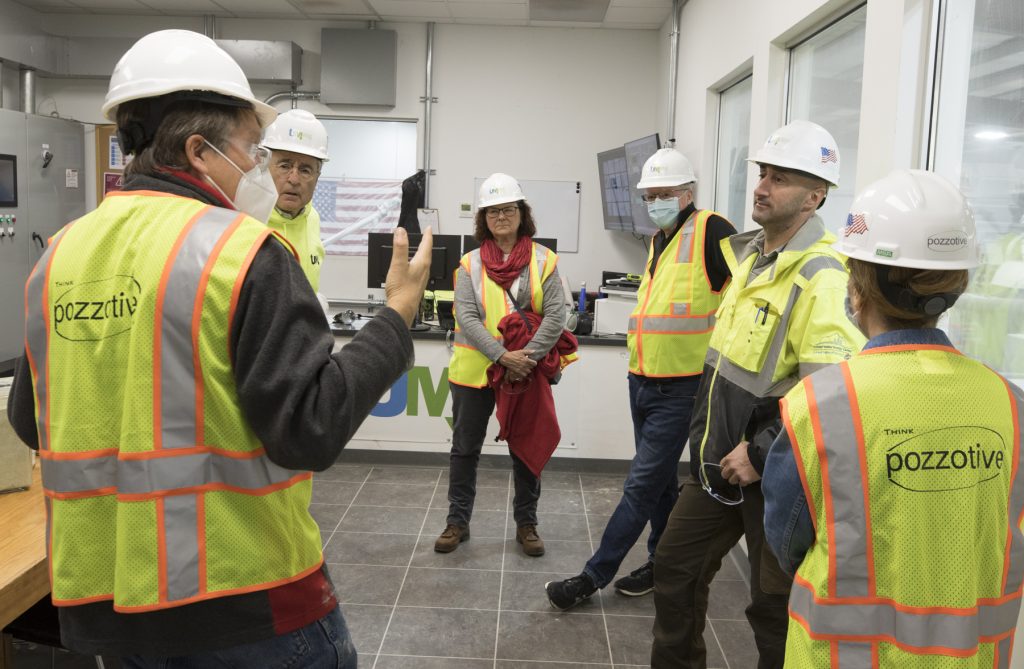 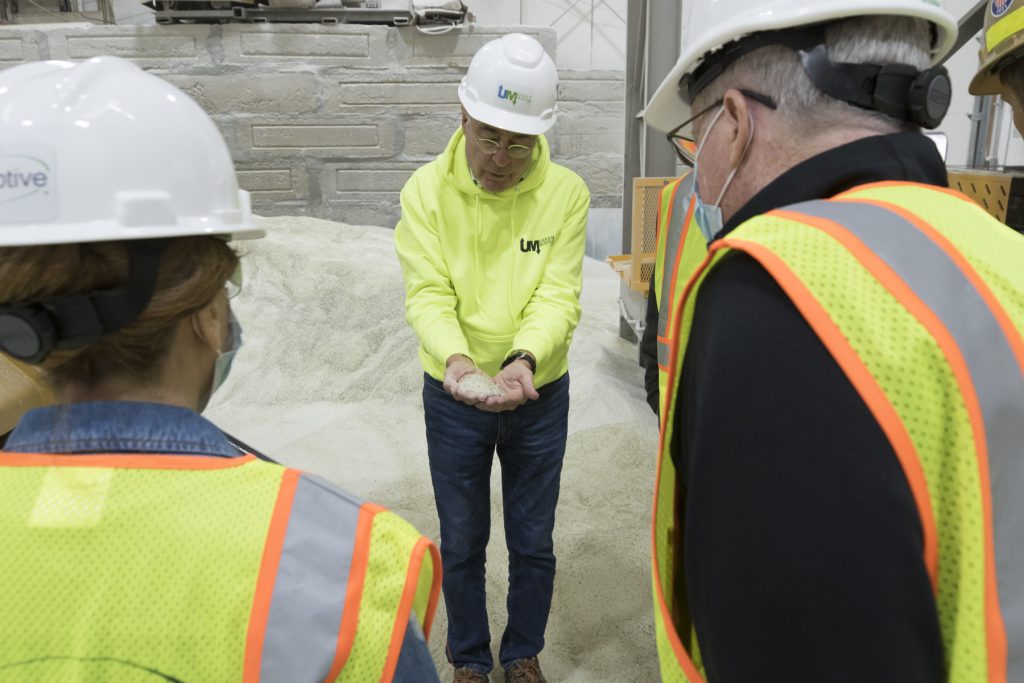 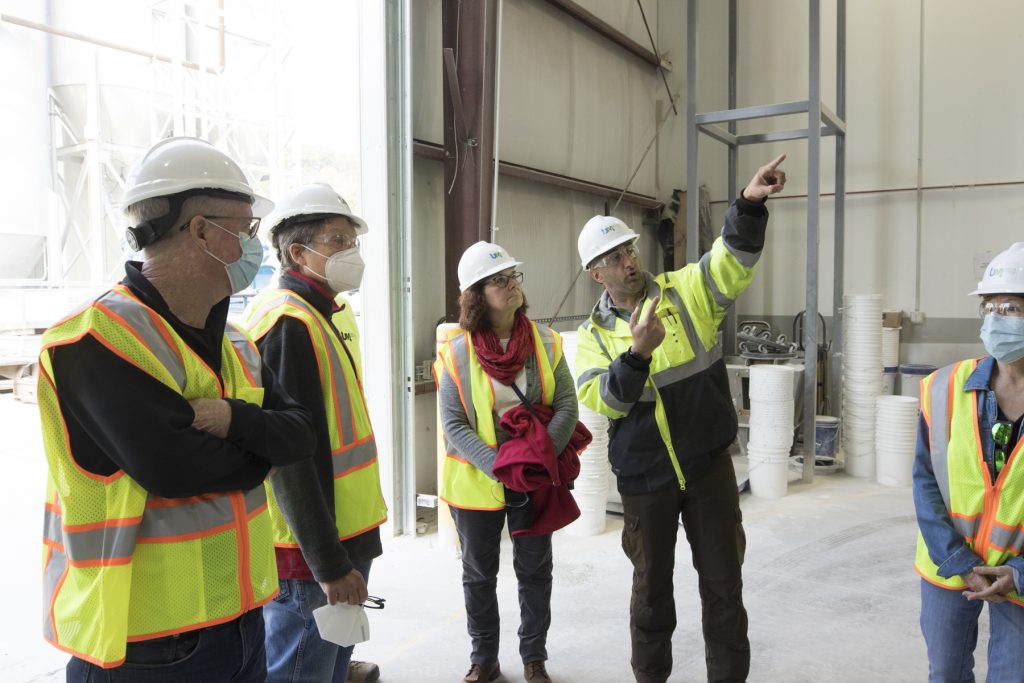 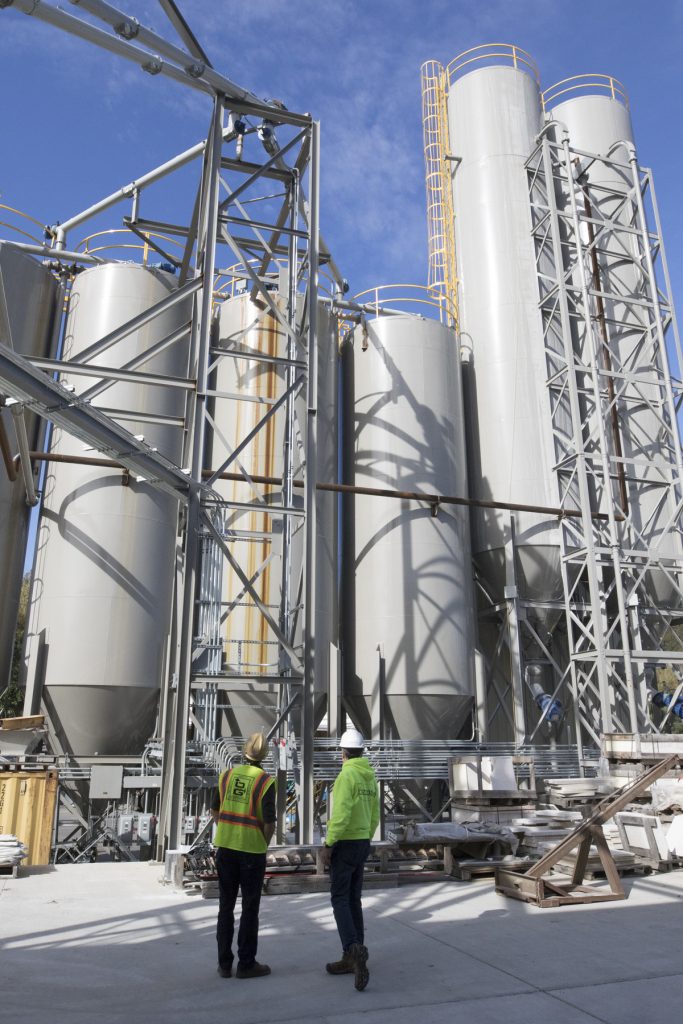