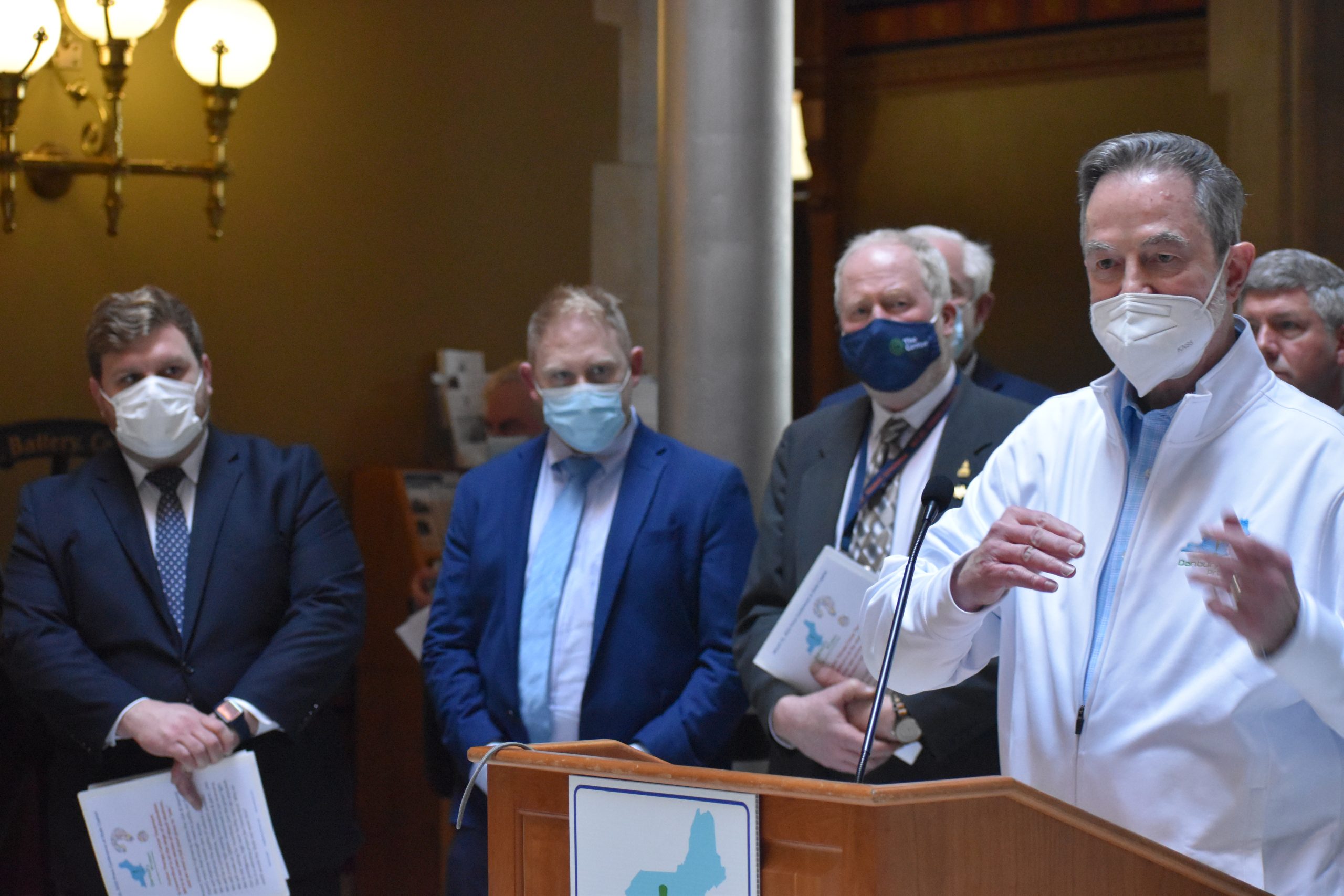 The Danbury delegation has continued to support and work tirelessly with Danbury Proton to bring a cutting edge treatment to the city’s West Side. Proton radiation therapy destroys tumors with a precise, targeted dose of radiation. Proton beams break the DNA of cancer cells with minimal impact on healthy tissue. It was first used to treat patients in 1954 and received Food and Drug Administration (FDA) approval in 1988.

Local lawmakers are confident in the success of the proton therapy treatment center, from health care access, and the quality of patient care, to local and state jobs, economic development, high-tech prestige and innovation.

Danbury Proton first applied for a Certificate of Need (CON) application through the Office of Health and Strategy in April 2020 but was denied. The entire Danbury delegation signed a letter in support of the application the following December, calling the center “a dose of good news.”

“Proton radiation therapy is the latest breakthrough in the fight against cancer,” Representative Godfrey said. “Bringing a proven and effective treatment to Connecticut is greatly to be desired. I’m pleased to be one of the advocates for offering this advanced cancer care in my hometown, Danbury”

“I believe in the value of such a facility, and it is needed,” Rep. Gucker said. “As a child of a breast cancer survivor, I understand the need for this type of technology in protecting people who need help.  Not only will this treatment center help save lives, but it minimizes the evasiveness of normal cancer treatments. Given its proximity to New York, Westchester County, it would provide services to even more people. One of my mantras is ‘Do no harm. Help others’ I can’t think of a better way to do it than help people deal with this awful disease.”

“Cancer has touched the lives of many Connecticut residents. The proposed treatment center to be built in Danbury’s west side would bring an innovative and less invasive form of treatment, offering an alternative that was not previously accessible in our area. I believe this facility will have a tremendous impact in expanding healthcare access and ultimately save lives. I’m proud to stand in support,” said Rep. Allie-Brennan.

“Medical technology is quickly advancing, and Connecticut has chosen to set itself apart and be a leader to the rest of the country. I am proud to support the mission of Proton and what it means for such an esteemed institution to open its doors in Danbury. I believe that the residents within the greater Danbury area will greatly benefit from the services they will offer to our community,” said Rep. Callahan.

“Bringing this innovative cancer treatment directly into our local community is an incredible resource for all of our residents, particularly those who are bravely fighting this terrible disease,” Rep. Harding said.

The proposed Danbury Proton site would be at 85 Wooster Height, near Route 7, I-84, Danbury Airport and Danbury Hospital.