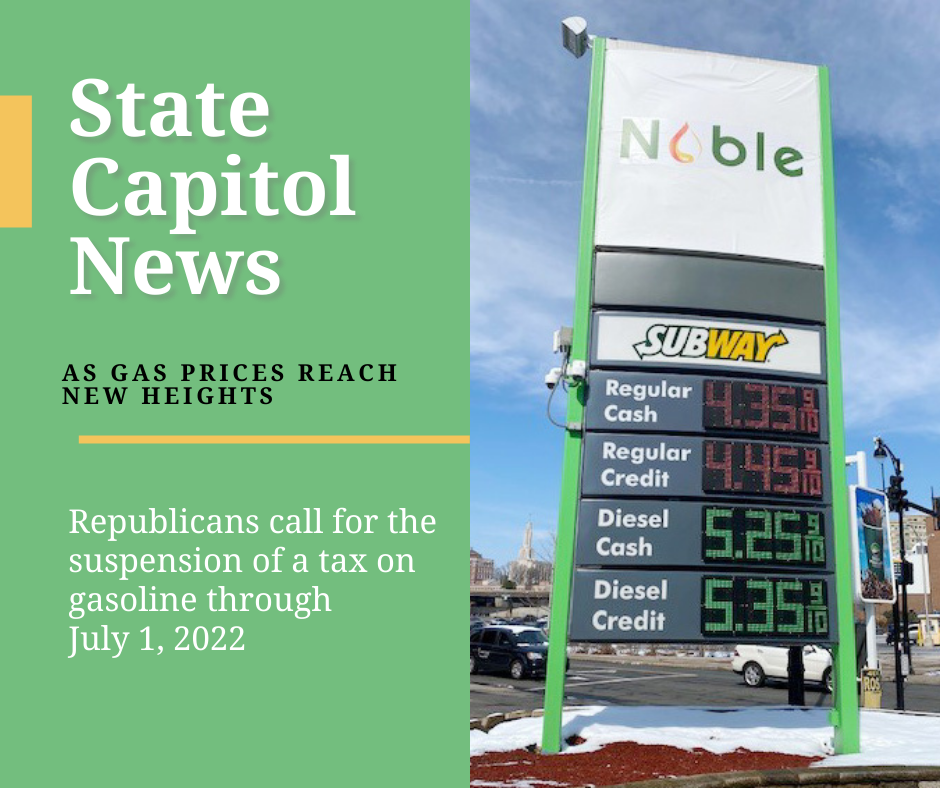 Senator Miner and Representative Harding, along with Connecticut Republican lawmakers, are proposing to suspend the state’s gross receipts tax on gasoline, which has risen to 26.4 cents per gallon in recent weeks. Also, they are demanding that Connecticut’s federal delegation follow through on calls to halt the federal 18.4 cents per gallon gas tax.

The Republican lawmakers are calling on state lawmakers to adopt this proposal immediately during the legislative session scheduled for Wednesday, March 16, 2022. They will also seek to adopt language to require that suppliers and retailers pass on the reduction in taxes to consumers.

“We as elected officials need to do all we can to address the rising costs of gas for Connecticut families and across our country,” Representative Harding said. “This is a small step we can take here in Connecticut for immediate relief at the pump. This should not be a partisan issue and I encourage my colleagues on the other side of the aisle to bring this measure to a vote immediately. We must do what we can today to make things slightly more affordable in completely unaffordable times.”

“Families in Litchfield County are frustrated and at a breaking point from historically high prices at the pump, which began when the President took office. They want relief now and not next month, next year, or through any other relief gimmick that the Governor may propose. In fact, any proposal that he has suggested has effectively raised the cost of fuel. Automobiles are the only means to access jobs in our region—mass transit is not an option. It is irresponsible to withhold relief from families who’ve paid dearly and are the reason why the state’s budget is flush with reserves,” said Senator Miner.