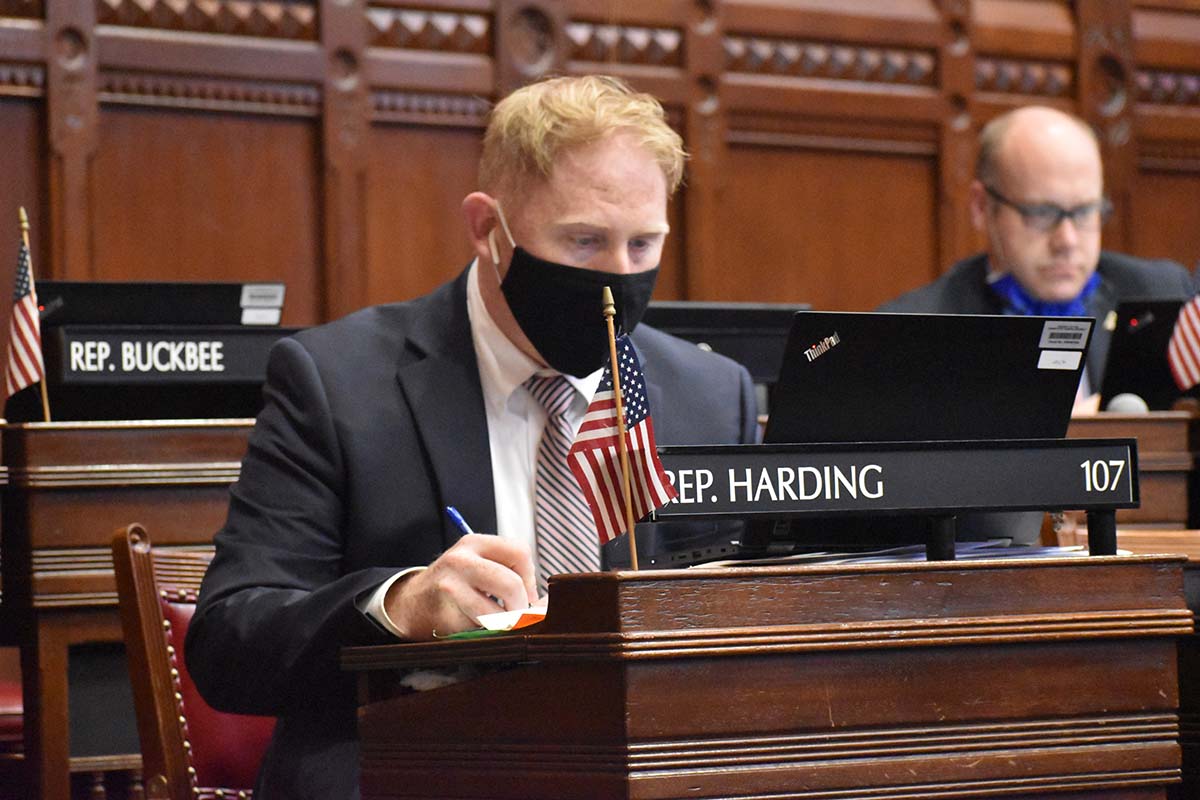 Danbury – State Representatives Pat Callahan (R-New Fairfield), Stephen Harding (R-Brookfield), and Craig Fishbein (R-Wallingford) hosted a Juvenile Justice Informational Forum via zoom on Wednesday evening. The forum consisted of a short presentation of various policy reforms that have accelerated the present-day issue of rising crime levels and specific legislative proposals to curb the trend in rising crime. In addition to the legislators, Danbury Police Sgt. John Krupinsky and New Fairfield’s Resident Trooper Nick Ieraci made comments at the forum regarding their day-to-day experience in responding to reports of stolen vehicles.

“We’ve reached a breaking point with the juvenile justice system. Too many reforms at the state level have weakened the system, which has led to spikes in motor vehicle thefts, violent crimes committed by children, and left many vulnerable young adults susceptible to coercion by gangs. Career criminals know that Connecticut’s juveniles are treated much differently than adults who commit serious crimes, which is why these stolen car incidences are often tied into much greater crimes involving drugs or illegal weapons,” Rep. Callahan stated.

The legislators, who all serve on the Judiciary Committee, cited specific points in policy, such as raising the minimum age of which a juvenile can be charged with any crime in Connecticut, the maximum age at which an individual can be considered a juvenile, and the inability of local law enforcement to detain children and young adults for an extended time period. Both police officers went on to mention specific incidences when juveniles expressed to them that an arrest is not seen as a deterrent or punishment for their actions because long-term consequences resulting from crimes committed at a young age are inconsequential.

“We have come to a crossroad where continuing on with the status quo will only further fail to ensure the safety of our residents and the necessary rehabilitation and assistance for the juveniles involved,” Rep. Harding said. “I am working with my local colleagues in advocating for reforms that address the increase in these crimes and to discourage the type of serious and continuous criminal behavior that we have seen.”

According to the lawmakers, there are over a half dozen diversionary programs for juveniles to utilize before any jail time is determined by the court. House Republicans want to ensure these programs continue to be available, stressing rehabilitation as a priority within their legislative proposals.

“The legislature cannot continue to ignore the fact that our juvenile justice system needs a major overhaul if we are ever to have hope for a safe future,” Rep. Fishbein, Ranking Member of the Judiciary Committee said.  “For months, I have been traveling the state explaining about our juvenile justice procedures, changes made by the legislature over the last ten years, as well as the dramatic increase in the arrest of juveniles over that same period of time. Denial and silence are not responsible answers to this crisis.”

The 2022 legislative session begins on Wednesday, February 9. The lawmakers intend on shepherding their proposals through the Judiciary Committee in a bipartisan approach. To check out the framework of the plan, you can visit www.stopcarthefts.com.