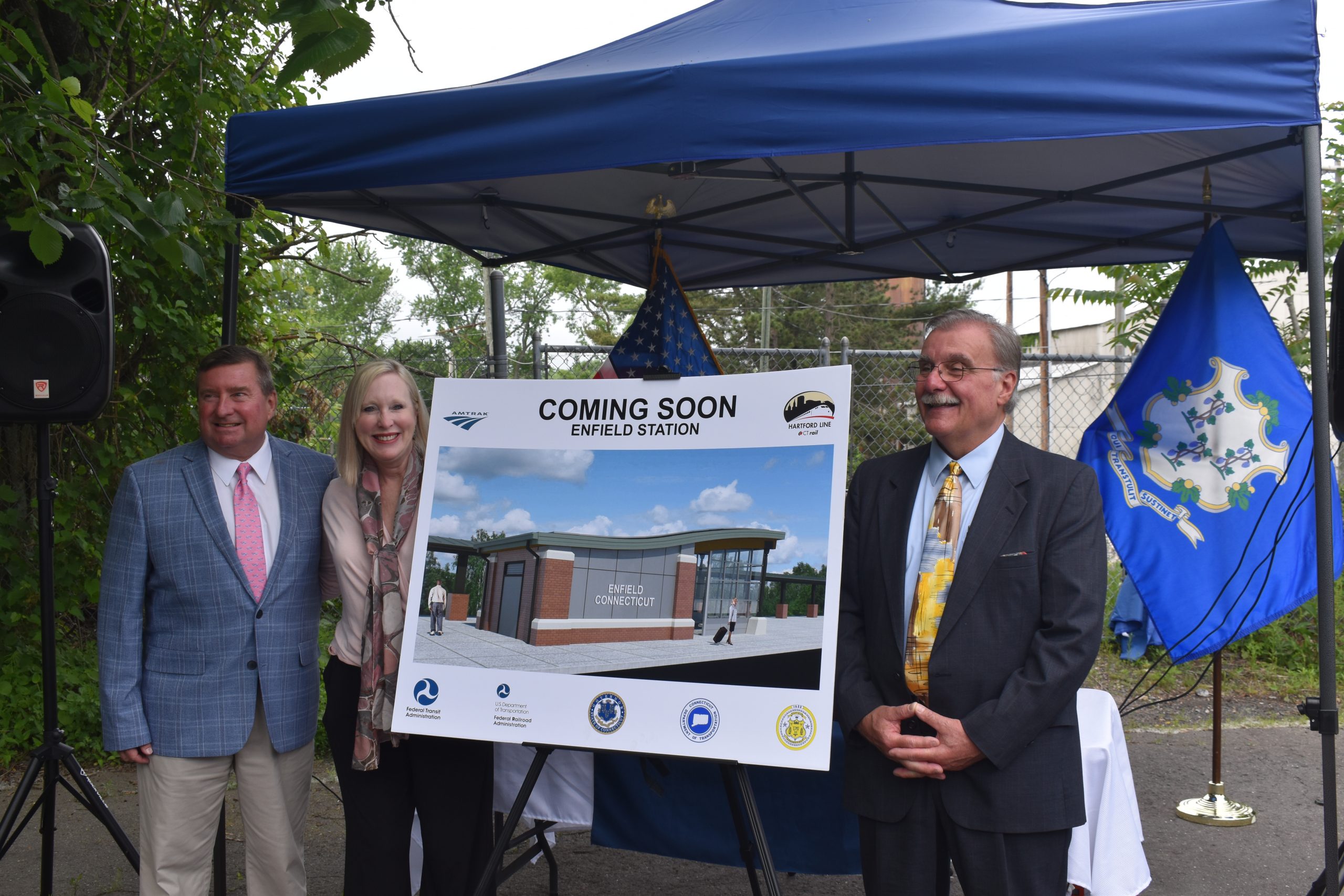 It’s been thirty-five years since Enfield had a train station, but that wait will soon be over now that the U.S. Department of Transportation has awarded more than $13 million in federal grant funding for the project. Thursday’s news comes after more than two decades of work by the town, council members, and Mary Lou Strom, who spearheaded the concept when she was served as the town’s mayor.

“Today is a great example of how by working in a bipartisan fashion you can get things done for the community,” Rep. Hall said. ” This dream of Mary Lou’s has been on the front burner for over two decades and thanks to her efforts and the efforts of so many others who worked in various capacities, we are here today to announce it will finally come to fruition.”

“This project is like The Little Engine That Could, and teamwork at all levels of government has made it a reality,” Sen. John A. Kissel said. “In December, we celebrated the state’s approval of $35 million for the train station.  Today, we applaud the work of our federal delegation.  This project just keeps chugging along, and it will be a gamechanger for Enfield and north-central Connecticut. Special thanks to our persistent local officials who never stopped believing: former mayors Mary Lou Strom, Scott Kaupin and Mike Ludwick to name just a few.  Collaboration, determination and patience will pay long-term dividends for our region.”

The project which will be located behind Bigelow Commons is expected to include a 500-foot platform, utility building and waiting area, and parking lot. It is anticipated that site plans will come within the next year and groundbreaking expected sometime in 2024.

To view Rep. Hall’s comments on this plan, click the image below. 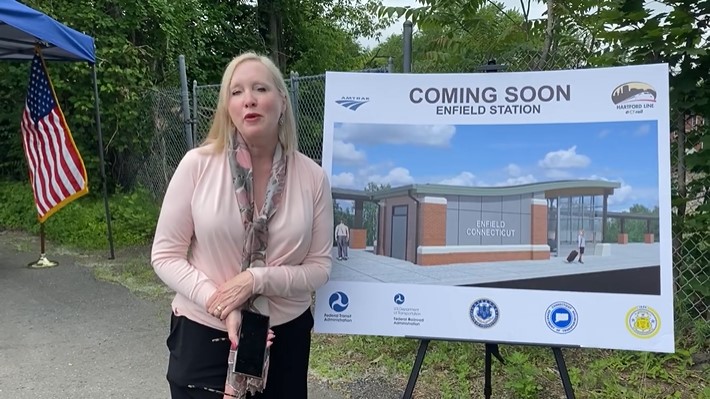