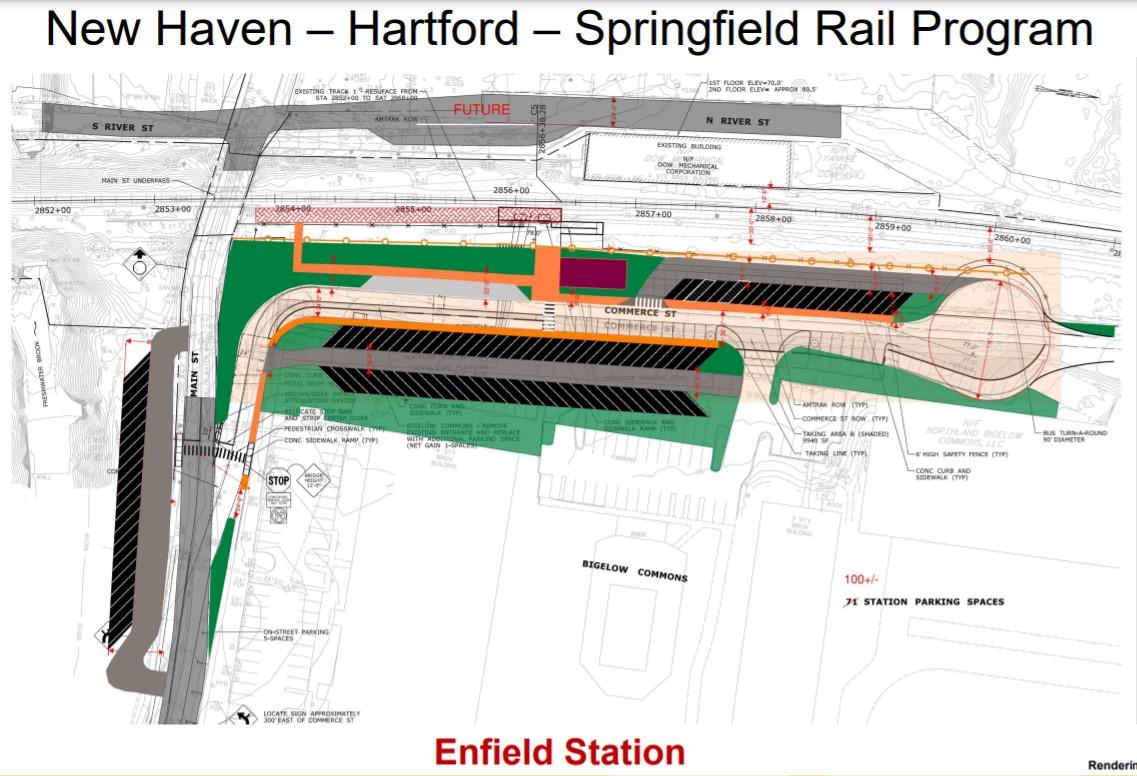 ENFIELD – Area lawmakers are applauding the placement of $35 million on the Dec. 21 State Bond Commission’s agenda for the construction of a train station in downtown Thompsonville. (See Item #45)

“I would like to acknowledge and thank the efforts of our previous mayors, Mary Lou Strom and Scott Kaupin, where this effort began,” Rep. Carol Hall said. “This project is quite a few years in the making and it’s to the credit of so many that over the course of this time remained fully supported thanks to bipartisan efforts. I’d also like to thank former Town Managers Chris Bromson and Mike Ludwig for their contributions. If it wasn’t for the dedication of these individuals and others throughout the years, this project would never have happened. I’m extremely happy and grateful that Enfield will see the funding for this amazing project.”

“All aboard!” Sen. John A. Kissel said. “What terrific news. This is the result of a decade of collaboration among town, state and federal officials. It will be a game-changer for Thompsonville.  We thank Gov. Lamont for recognizing the merits of this investment in our region, and we thank former Enfield Town Manager Chris Bromson for his persistent efforts.”

“The governor has recognized that Enfield’s commitment to mass transit places Enfield in the forefront in northern Connecticut,” Rep. Tom Arnone said. “Enfield’s commitment to our local bus route the Magic Bus and linking it to rail is a model we can be proud of. This, and the performing arts center, will be the steppingstone to Enfield’s economic success.”