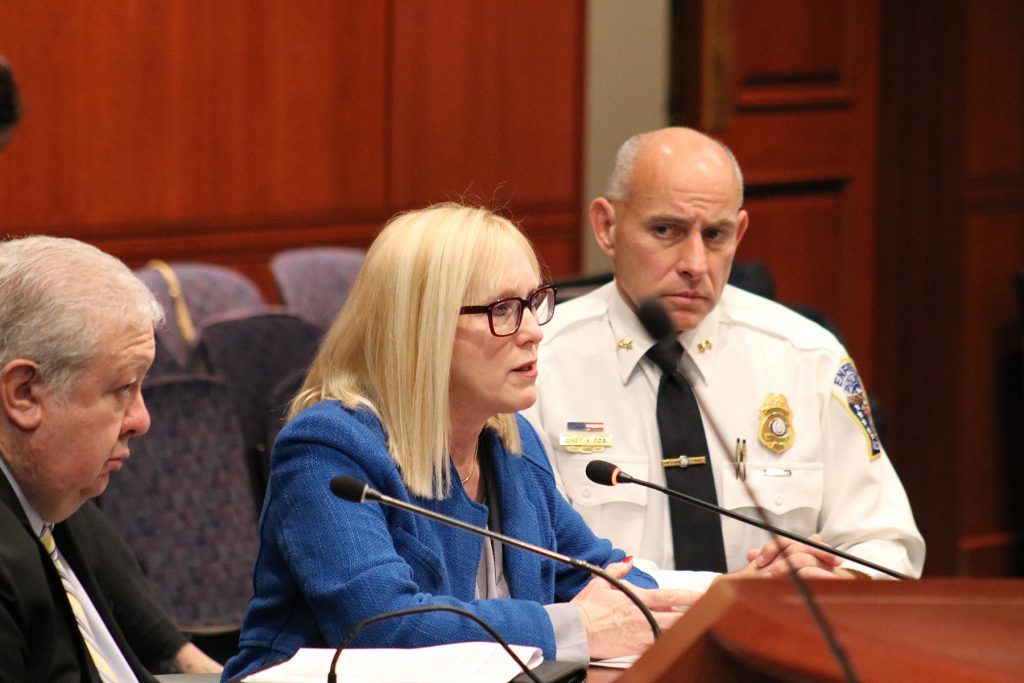 Legislation related to the ongoing opioid crisis had a public hearing on Monday, March 25th in the Public Health Committee. The Chiefs offered their support for HB 5895 ‘An Act Allowing a Police Officer to Take Certain Persons into Custody for an Emergency Examination’ which was introduced by Rep. Hall.

Rep. Hall commented, “This bill would allow our law enforcement to be able to take someone into custody and transport to a hospital if they received emergency medical intervention such as NARCAN. This bill will help save lives. This would give overdose victims the medical treatment they need and give their family time to find placement in drug addiction program. This is a lifeline for overdose victims.”

“You need to get to a hospital, a doctor needs to evaluate you,” said Retired Police Chief Sferrazza. “Under this legislation they would now be mandated to go to the hospital where a doctor can make an evaluation, and overdose victims can be held up to 72 hours, giving the family the opportunity to look for treatment.”

Police Chief Fox noted in his testimony that current statute does not allow police to take recovered overdose victims to the hospital without their consent. He also shared that there have been a number of instances where police have revived a person from multiple overdoses in one evening.

According to the State’s Chief Medical Examiner there were 948 opioid related deaths across Connecticut in 2018.