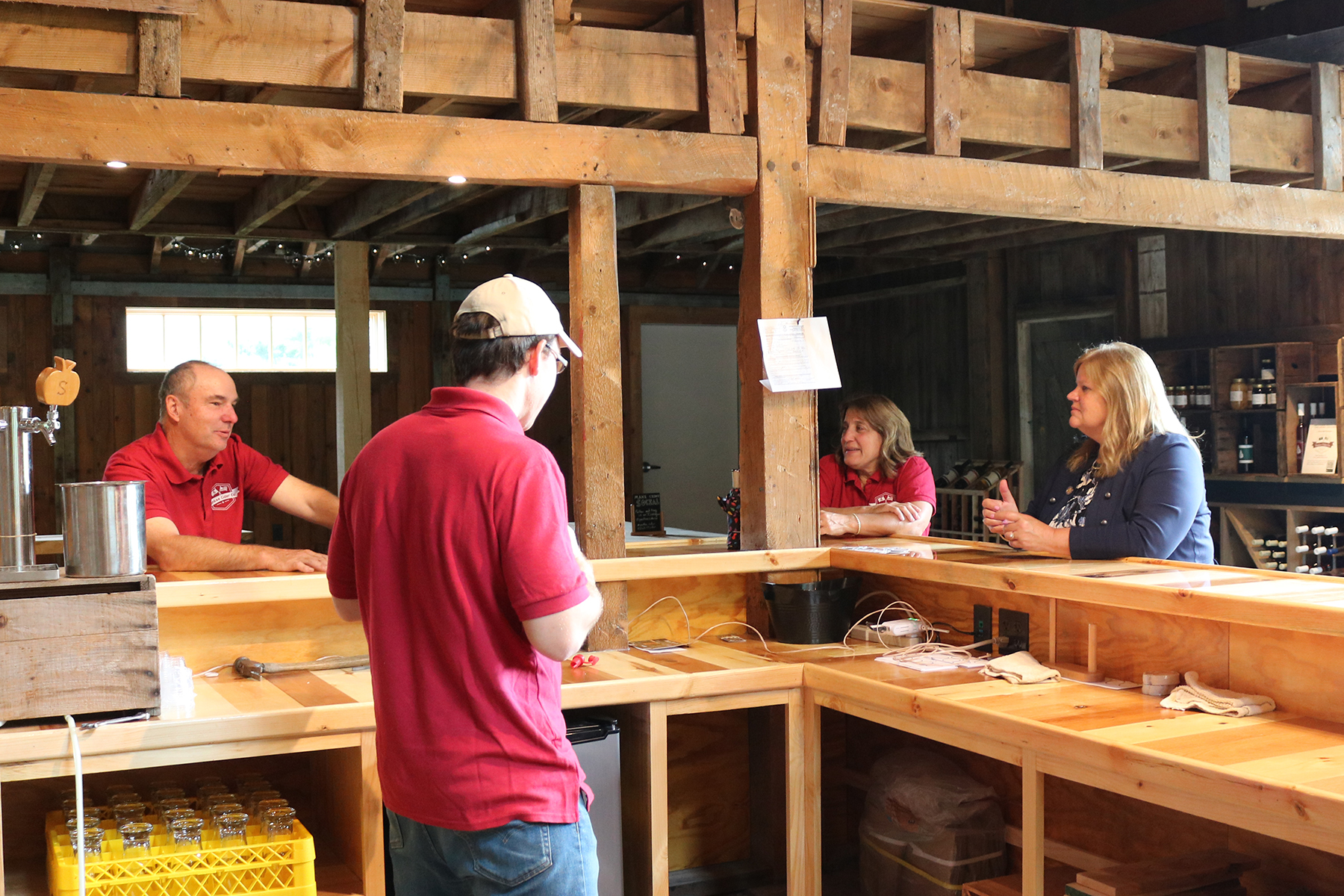 “Back in January, I proposed legislation that would permit farm cideries to sell their products by the glass, and that proposal was incorporated into a larger effort to update our laws,” said Rep. Haines. “I was eager to learn how the new regulations were working for different producers in our region.”

During the 2019 regular session, the General Assembly passed Public Act 19-24, “An Act Streamlining the Liquor Control Act.” The omnibus legislation was passed with the intention of modernizing and rationalizing state regulations to accommodate craft breweries, cideries and farm wineries. As a result of the legislation cider manufacturers will now be able to sell cider and apple wine for on-premises consumption, same as other producers.

During a February public hearing on the legislation in the General Law Committee owner Christopher Staehly noted that, “In the five years that we have been in business as a winery, we have expanded our farm by an additional 20 acres (reclaiming much of that land and helping to preserve open space in East Haddam) and have invested over $1 million in our local community. This investment supports not only the local East Haddam economy, but contributes greatly to the Connecticut tourism and agricultural industries as well.” 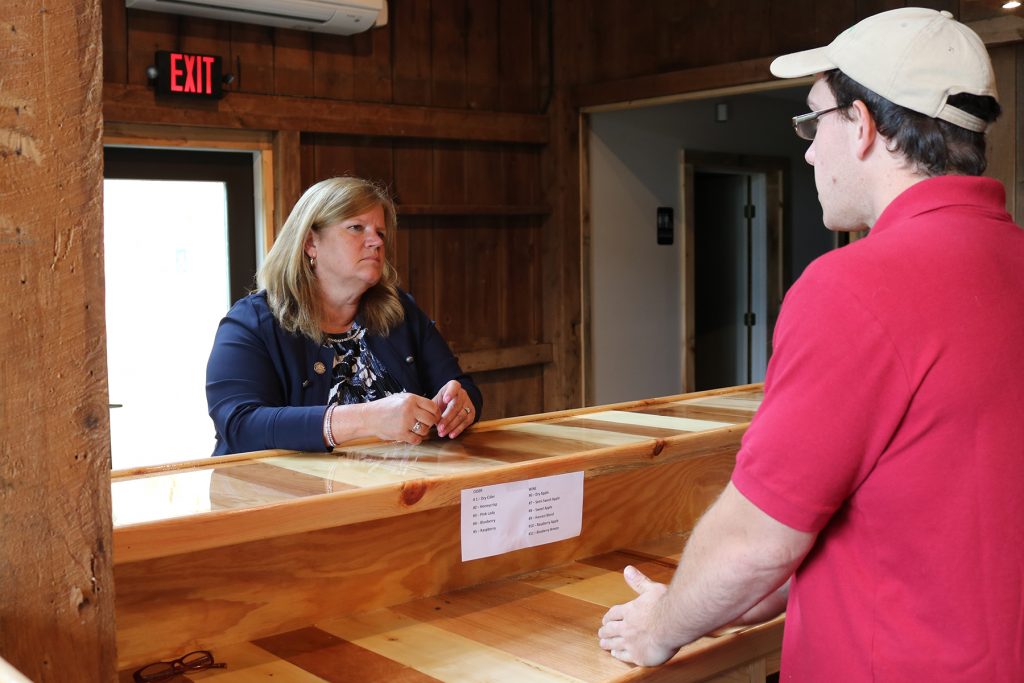 “I’m excited to see their business expand and offer another attraction for residents and visitors to our region,” commented Rep. Haines.

The tap room is open Saturday from 12 p.m. – 6 p.m. and Sunday from 3 p.m. – 7 p.m. For more information visit their website at www.yankeeciders.com and www.staehlys.com.