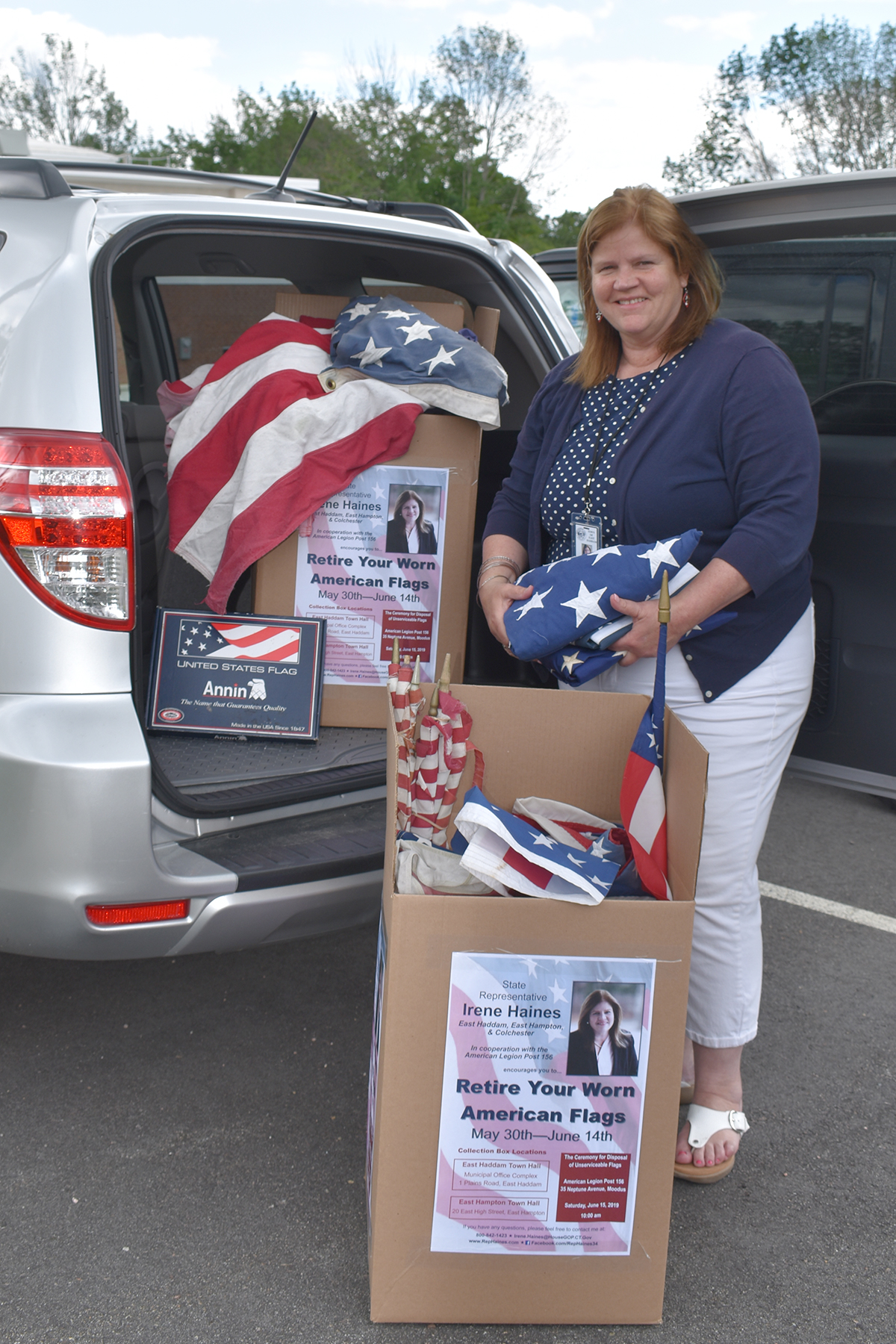 Collection boxes were placed at the East Hampton and East Haddam Town Halls for two weeks for residents to drop off their flags. The flag retirement ceremony was held at American Legion Post 156 in Moodus with assistance from the East Haddam Fire Department.

“With the start summer and patriotic holidays such as Fourth of July on the horizon, it was the perfect time to properly retire worn American flags,” said Rep. Haines. “I want to thank everyone who participated in this year’s flag drive, especially American Legion Post 156 and the East Haddam Fire Department for their reverent and fitting retirement ceremony.”

Flag Day, the anniversary of the Flag Resolution of 1777, was officially established by the Proclamation of President Woodrow Wilson on May 30, 1916. While Flag Day was celebrated in various communities for years after Wilson’s proclamation, it was not until August 3rd, 1949, that President Truman signed an Act of Congress designating June 14 of each year as National Flag Day.

Rep. Haines continues to host events across the 34th District, East Haddam, East Hampton and part of Colchester. Follow www.RepHaines.com and www.facebook.com/RepHaines34 for the latest updates and news from the Capitol.