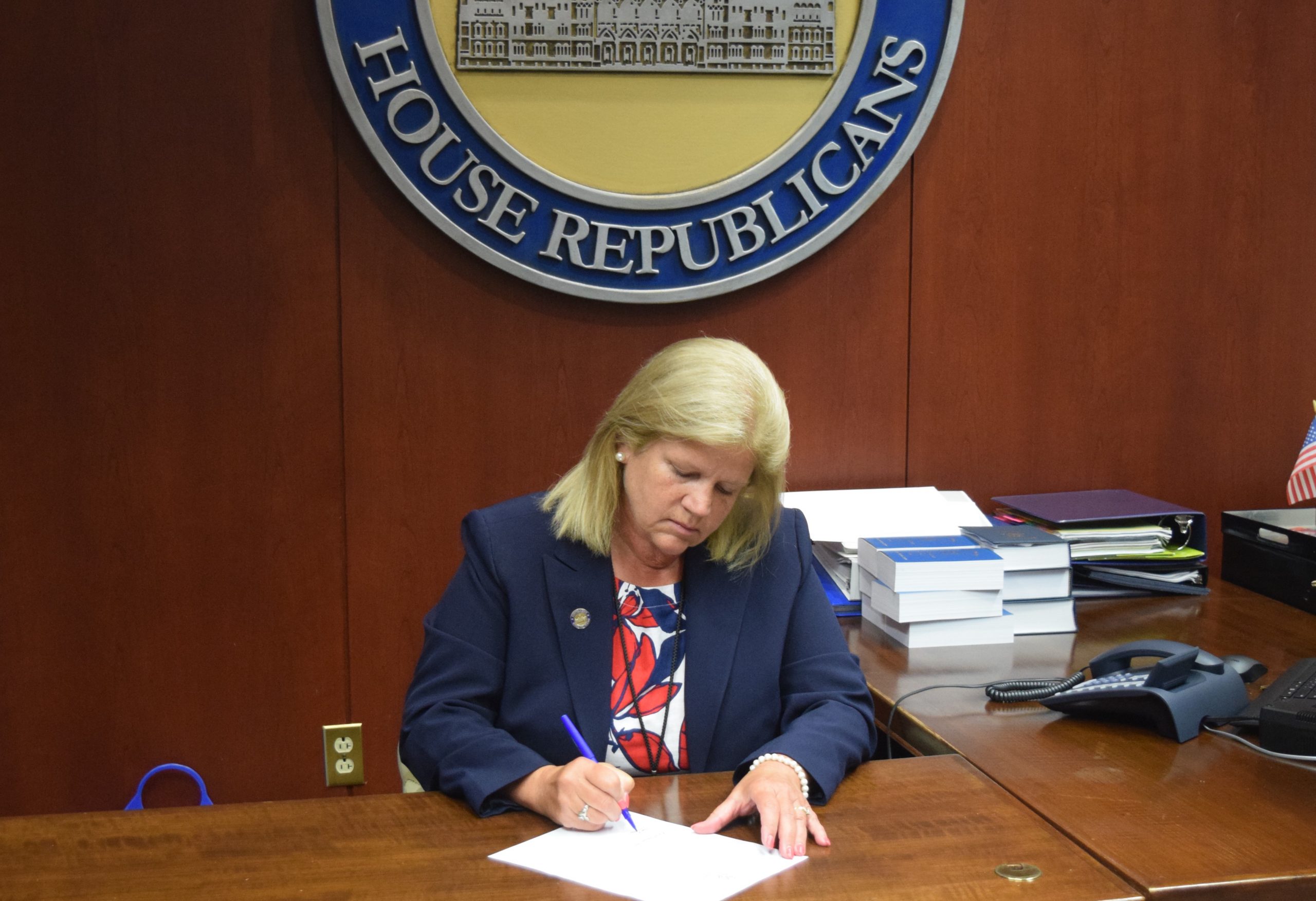 HARTFORD—State Rep. Irene Haines and House Republicans on Wednesday kickstarted their call for immediate legislative action on the juvenile crime crisis that has gripped communities throughout the state, officially launching a petition effort to bring all state lawmakers into session to implement reforms.

“I hope the majority hears our plea and signs their own petitions to get us into session,” said Rep. Haines. “We need to come together as a legislature and address this issue head on, and we need to do it now. How many tragedies must we endure before we take action?”

More than 40 members of the House Republican caucus attended a news conference at the capitol, where they were joined by chief elected officials and top law enforcement officials from New Britain and Wolcott—the sites of crimes last week that intensified the spotlight on the state’s juvenile justice system. The crime in New Britain, where a 53-year-old pedestrian was killed when he was struck by a stolen vehicle, raised alarm statewide when it was revealed that a 17-year-old charged in connection with the crime had been arrested 13 times in less than four years.

– Allowing courts to order investigations of family circumstances of repeat offenders, authorizing post-arrest detention if such juveniles are deemed to be risks to public safety;
– Eliminating the six-hour limit on detaining such juveniles without a court order;
– Requiring courts to electronically monitor juveniles charged with stealing a car while they are awaiting trial for car theft until criminal proceedings are resolved.

While Rep. Haines couldn’t attend the press conference because of business in the district, she proudly signed her petition Thursday.

“It is our job as legislators to write, debate and pass legislation that benefits the people that we represent,” said Rep. Haines. “We are faced with a serious, dangerous problem and all we are asking is get everyone in a room so we can do that job and protect the constituents who send us here. I hope in the next few days we will see more action and less balking by the majority.” 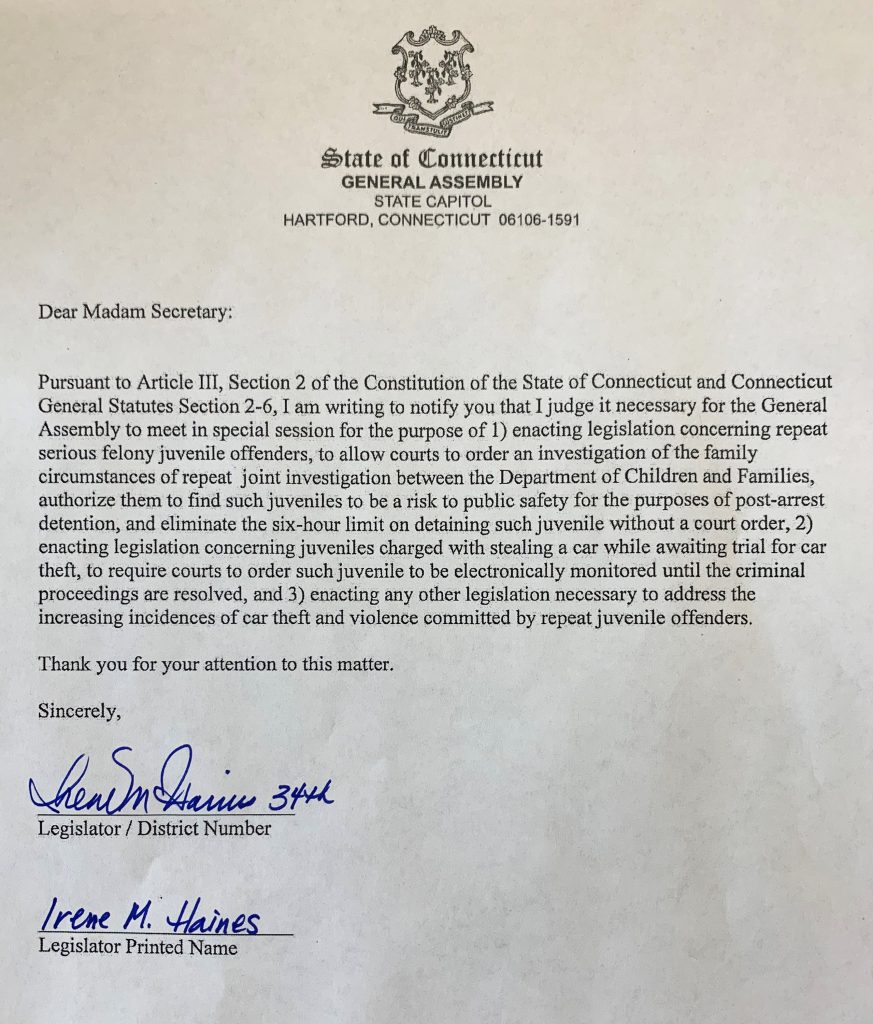