HARTFORD – State Representative Robin Green (R-55) has recently submitted two separate letters to the Public Utilities Regulatory Authority (PURA) to commend them on their swift action in suspending Eversource’s recent rate increase and an upcoming hearing that will require them to answer questions regarding the rationale behind them, along with one to address Eversource’s lack of preparedness for Tropical Storm Isaias.

“I am pleased with PURA’s swift action in suspending the increase while also scheduling a hearing with Eversource next week.,” Rep. Green said. “I look forward to hearing Eversource provide more clarity in regard to the rate increase and also what could have been done differently to avoid the prolonged outages that occurred as a result of Tropical Storm Isaias. With many people throughout the 55th District without power for more than a week, I believe Eversource has a responsibility to reimburse them for their lost food and refrigerated medications as a result of this storm.” 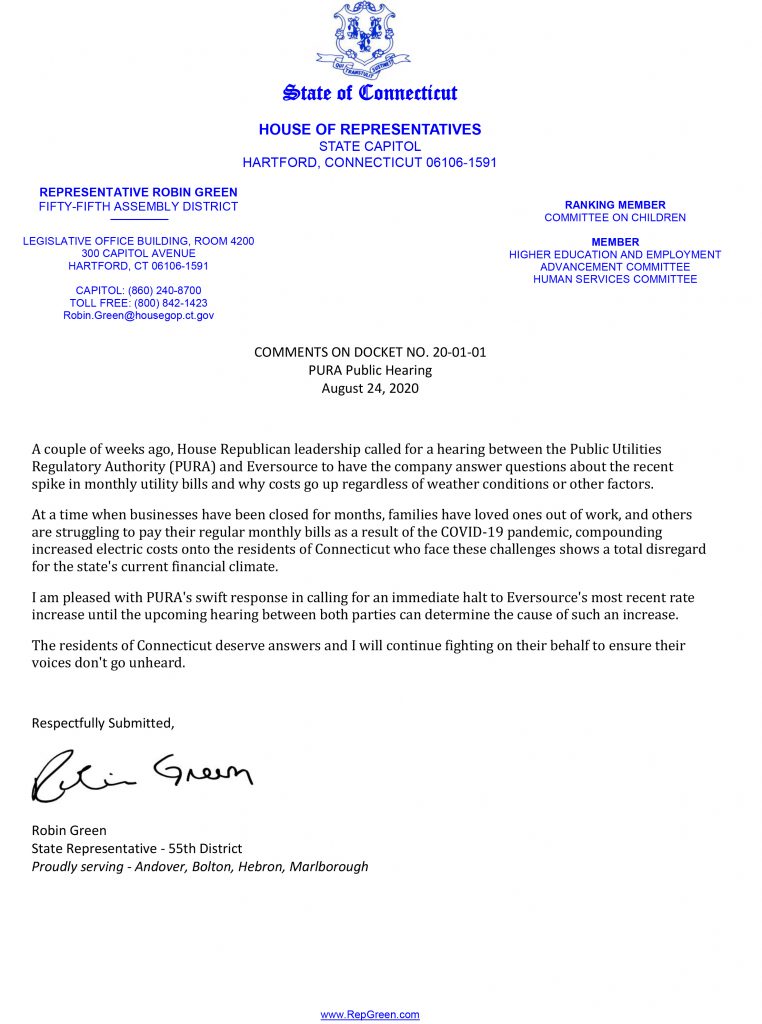