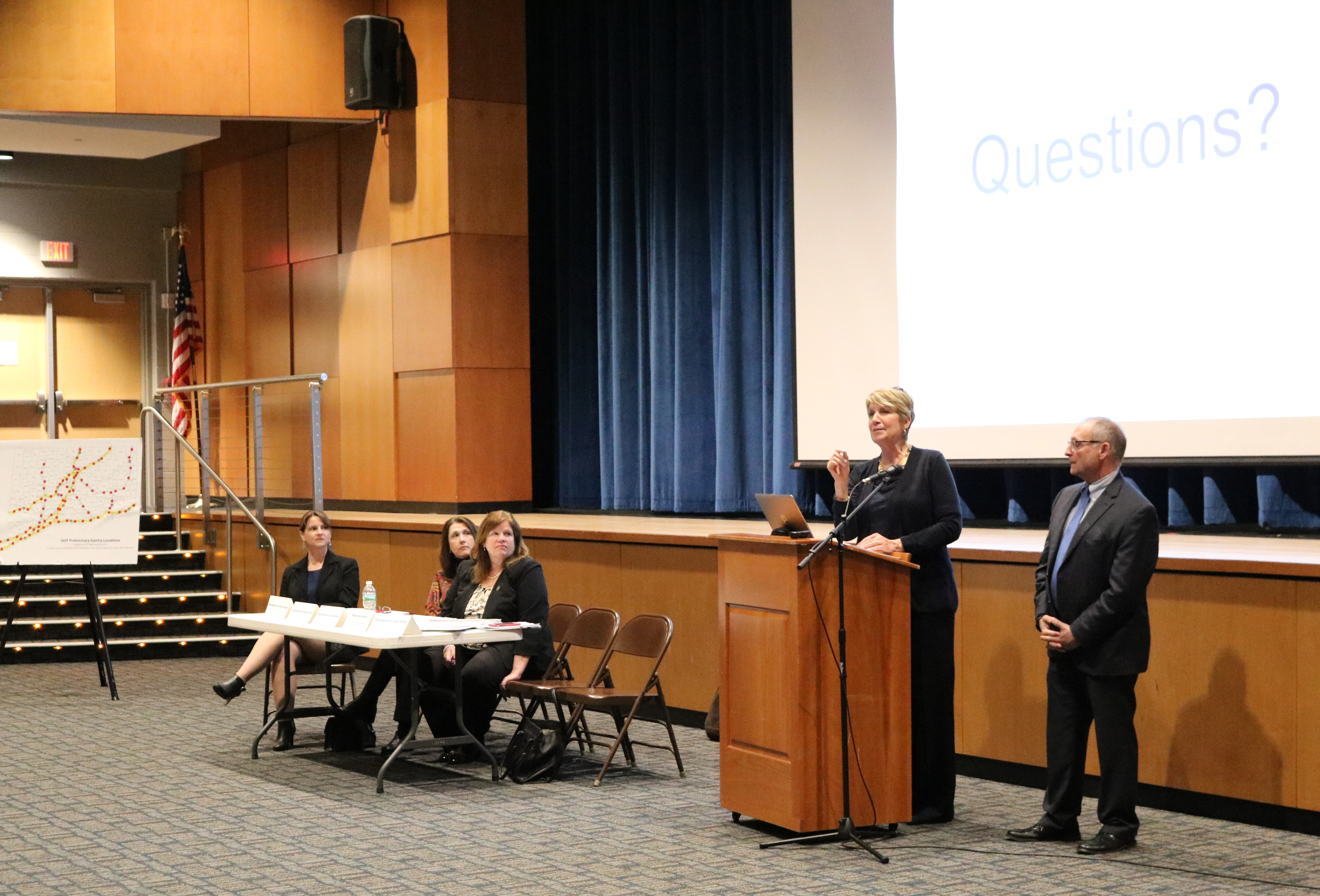 HARTFORD – State Representatives Robin Green (R-55), Irene Haines (R-34), and Christie Carpino (R-32) joined State Representative Laura Devlin (R-134) and State Senator Henri Martin (R-31) in East Hampton Monday night to discuss several toll proposals being brought forth to the legislature and the major implications it would have on taxpayers throughout the state.

Rep. Devlin and Sen. Martin, Ranking Members of the legislature’s Transportation Committee, presented residents with a slideshow detailing Governor Lamont’s almost one billion dollar toll plan along with a 2018 toll feasibility study conducted by the Department of Transportation (DOT).

“The purpose of this forum was to provide area residents with an outline to the tolling plans being discussed in the legislature, along with the financial implications and impact they will have” Rep. Green said.  “I know many people I’ve spoken with had questions about these proposals and this forum provided a platform for those questions to finally get answered.”

Despite Governor Lamont calling for a significant reduction in the overall number of toll gantries from what the DOT had previously proposed, from 82 to 53, the total revenue expectations being sought out by the governor still remains near the one billion dollar mark. This means an increase in the set fees per gantry paid by commuters, ranging anywhere from 3.5 to 11.8 cents per mile for cars and 8.8 to 47.2 cents per mile for trucks.

Republicans have countered the need for tolls argument with a transportation plan of their own. ‘Prioritize Progress’ is designed to still meet the state’s infrastructure needs by working with existing state resources and federal funding in order to provide $65 billion for projects over the next 30 years.

Members of the legislature are still waiting on a final toll proposal from the governor and majority party. When or if that proposal will be called to the floor for a vote is still up in the air.