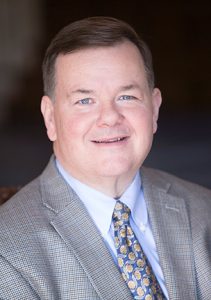 Serving in his eleventh term as Ridgefield’s chief advocate in Hartford, Frey serves on the Legislature’s Finance, Revenue, & Bonding Committee, the Banks Committee, Legislative Management Committee and the Housing Committee.

Representative Frey has supported measures to improve education for students at all grade levels, to protect benefits of seniors and veterans residing in Connecticut, to preserve consumers’ rights, to reform state government, and to secure pristine open space acreage.

Representative Frey has also been instrumental in securing state aid for local projects in Ridgefield including the Ridgefield Boys & Girls Club, Meals on Wheels, Ridgefield Historical Society, Cass Gilbert Fountain, Ridgefield Playhouse, Rotary Club’s Boundless Playground at Parks and Recreation, school construction and improvements, the Ridgefield Veterans Community Center and the Aldrich Museum. He was primarily responsible for securing $4.5 million in state aid for the acquisition of the Bennett’s Pond State Park.

Before winning election to the state House of Representatives, former Governor John Rowland appointed Representative Frey ‘Chairman’ of the Connecticut Real Estate Commission in 1995, holding the distinct honor as the commission’s youngest Chairman in state history.

Representative Frey currently serves as a ‘government representative’ for the University of Connecticut Business School Center for Real Estate and Economic Studies. In January 2007, he was appointed by then-Minority Leader Larry Cafero to the Connecticut Capitol Preservation and Restoration Commission.

In 1996, Representative Frey was the 5th District coordinator for the Bob Dole Presidential Campaign and was a delegate to the Republican National Convention in San Diego, California where he represented the state as a member of the Platform Committee. He was also a Delegate to the 1994 and 2004 Republican National Conventions. In 2004, he again represented the state on the Platform Committee.

Representative Frey was also a member of the Connecticut Institute of Municipal Studies Property Revaluation Task Force, Chairman of Ridgefield’s Parking Authority, and is a Justice of the Peace.

His government experience as former legislative assistant and legislative director from 1985 to 1986 for the state Senate Minority Office has provided Representative Frey with a strong, knowledgeable background of the legislative process and the expertise to effectively represent the people of Ridgefield.

Representative Frey is the Principal/Co-owner of Century 21 Landmark Properties in Ridgefield. Since founding the firm in 1992, he has provided full real estate service; specializing in residential, commercial, relocation and fine homes division. Representative Frey’s firm has received the distinguished “President’s Award” for top quality service and high production.