Rep. John Frey welcomed and introduced Ridgefield’s Juliette Arencibia, 10, gr. 5, and her family to his colleagues in the House of Representatives during a point of personal privilege where he noted she is a member of the Ms. President US organization. He was joined by State Senator Will Haskell during the announcement and they presented Juliette with a state citation recognizing her accomplishment.

According to their website, Ms President US is a non-partisan, non-profit, community-based initiative, dedicated to inspiring and preparing girls entering 4th to 8th grade to aim for the highest civic leadership positions and know they can achieve them. Leadership sessions are held on Friday afternoons (1 to 2 sessions per month) from October to March, followed by a campaign & election in April that is open to the public. 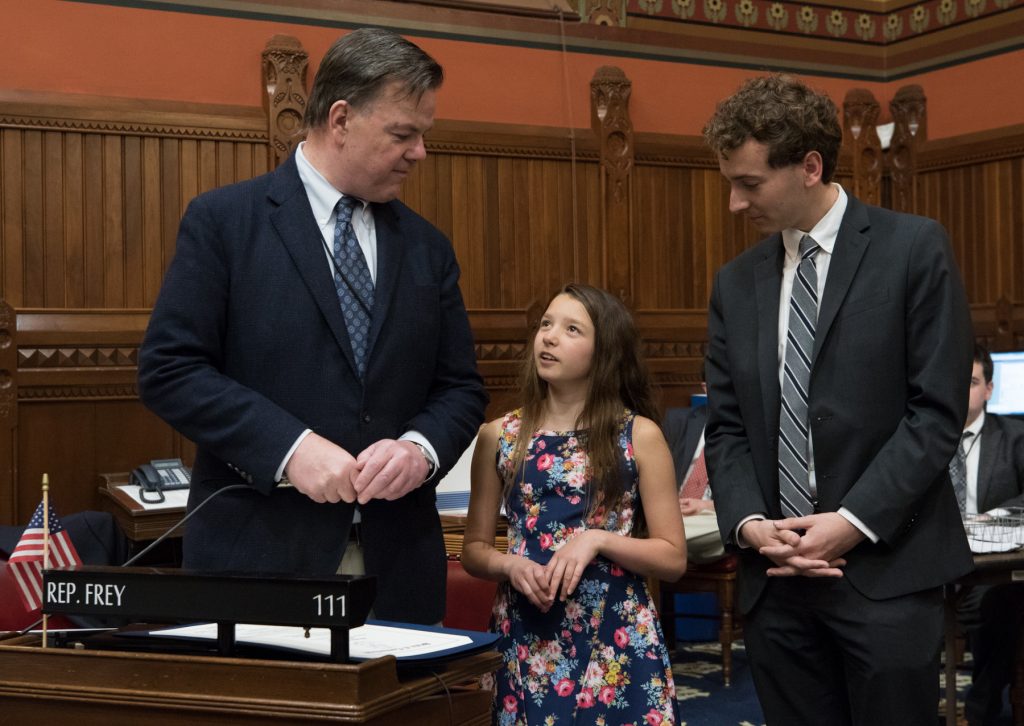 Rep. John Frey and State Senator Will Haskell talk with Ridgefield’s Juliette Arencibia during her introduction on the floor of the House. 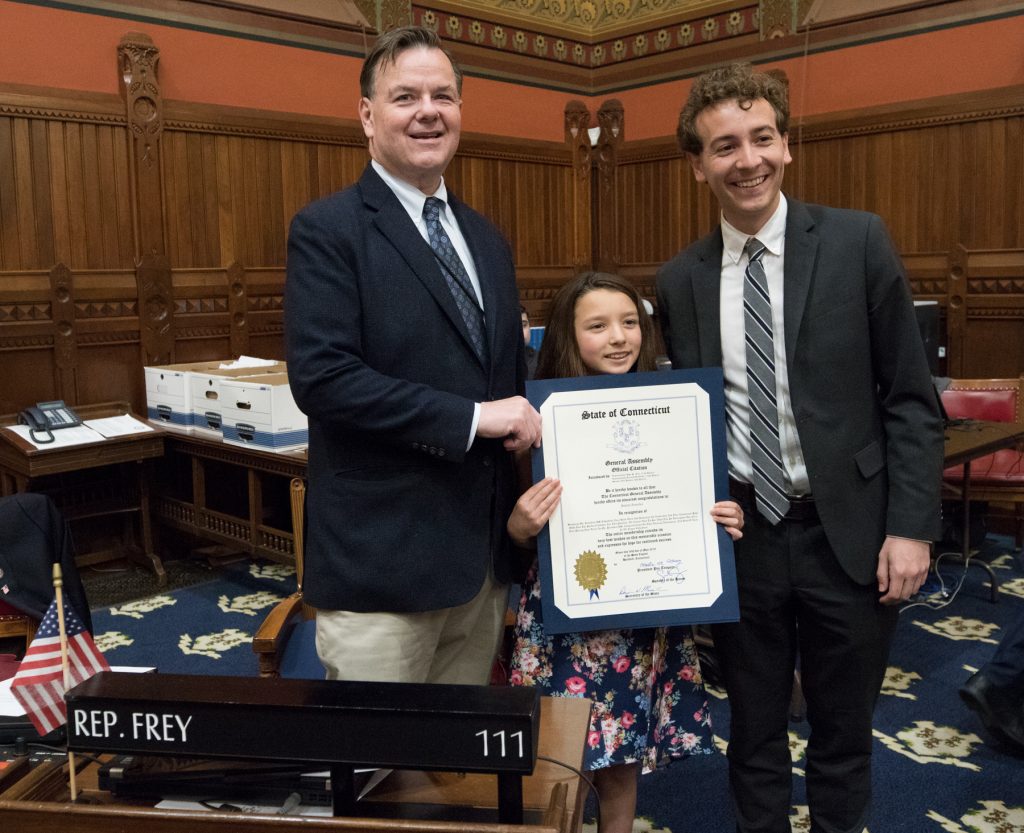 Rep. John Frey and State Senator Will Haskell presented Ridgefield’s Juliette Arencibia with a state citation on the floor of the House. 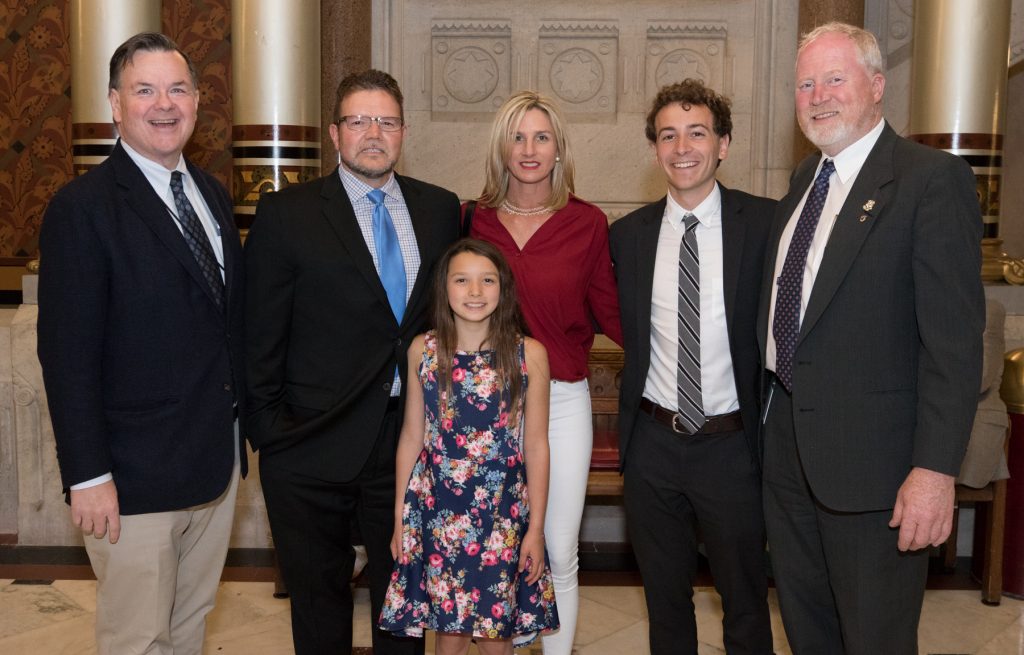